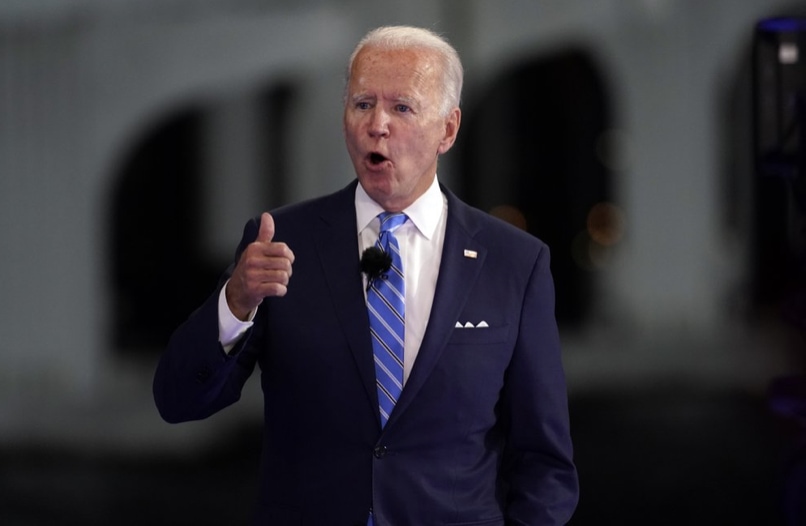 Biden is many things, but he is certainly not the leader of the Democratic Party.

Joe Biden may think that he’s the heart and soul of the Democratic Party — but the real leader of the left will be sitting opposite Vice President Mike Pence on the debate stage Wednesday evening.

While vice presidential debates are traditionally regarded as sideshows, the upcoming clash between Pence and Sen. Kamala Harris will likely prove to be one of the most important and informative events of this entire election season — especially for voters in swing states such as Florida.

Floridians still have many questions about Biden’s policies, as well we should. Over the course of more than four decades in Washington, Biden has flip-flopped on a number of key policy issues, taking contradictory stances that raise obvious uncertainty over his current policy agenda.

At one point, Biden supported building physical barriers along the U.S.-Mexico border in order to control illegal immigration, in accordance with the bipartisan consensus at the time. Today, Biden believes the opposite, having allowed himself to be swept along by the leftward shift in mainstream Democratic thinking.

For most of his long career, the Democrat nominee opposed taxpayer-funded abortions. Now, he supports them, declaring that he would eliminate the Hyde Amendment that prohibits federal funds from financing the abortion industry.

When he was still seeking his party’s presidential nomination, Biden repeatedly vowed to phase out fossil fuels and ban fracking. Today, he is desperately trying to convince blue-collar energy workers in Florida, Pennsylvania and other must-win states that he didn’t really mean it. And the list goes on.

Based on Biden’s inconsistent rhetoric, it’s impossible to know what a Biden presidency would actually mean for the Sunshine State.

Right now, Florida is experiencing its second economic resurgence in just four years — a comeback made possible by President Donald Trump’s job-creating policies, including middle-class tax cuts and deregulation. In fact, since the peak of the coronavirus pandemic in April, Florida’s economy has regained over a million jobs that were lost during the crisis, and the state unemployment rate has fallen by 6.4 percentage points.

This recovery, however, could prove to be short-lived if Biden follows through on the policy manifesto that his campaign jointly drafted in conjunction with self-proclaimed “democratic-socialist” Sen. Bernie Sanders, calling for radical economic and environmental regulations.

During the presidential debate with Trump, Biden desperately attempted to put these concerns to rest by channeling his inner Louis XIV: “I am the Democratic Party right now,” he proclaimed in an effort to redefine his ideological ties to radicals such as Sanders.

Given Biden’s history of inconsistency, though, many Americans found it difficult to envision him giving orders to someone like Sanders, who has spent most of his career as an independent rather than become an official member of a Democratic Party that isn’t extreme enough to suit his tastes.

Far more enlightening was Biden’s selection of Harris, the most far-left Democrat in the U.S. Senate, as his running mate.

While Biden has kept himself busy performing political contortions, Harris has been working diligently behind the scenes to solidify the Democrat Party’s radical policy agenda. Just days before being unveiled as the Democrat vice presidential candidate, in fact, the lawmaker teamed up with far-left Rep. Alexandria Ocasio-Cortez on climate legislation based on the $93 trillion Green New Deal.

Biden is many things, but he is certainly not the leader of the Democratic Party. Floridians should pay close attention to what Harris says during the upcoming debate with Pence, because it’s pretty much the only way to discern how Biden would behave as president.

Jay Trumbull is a member of the Florida House of Representatives, representing District 6.