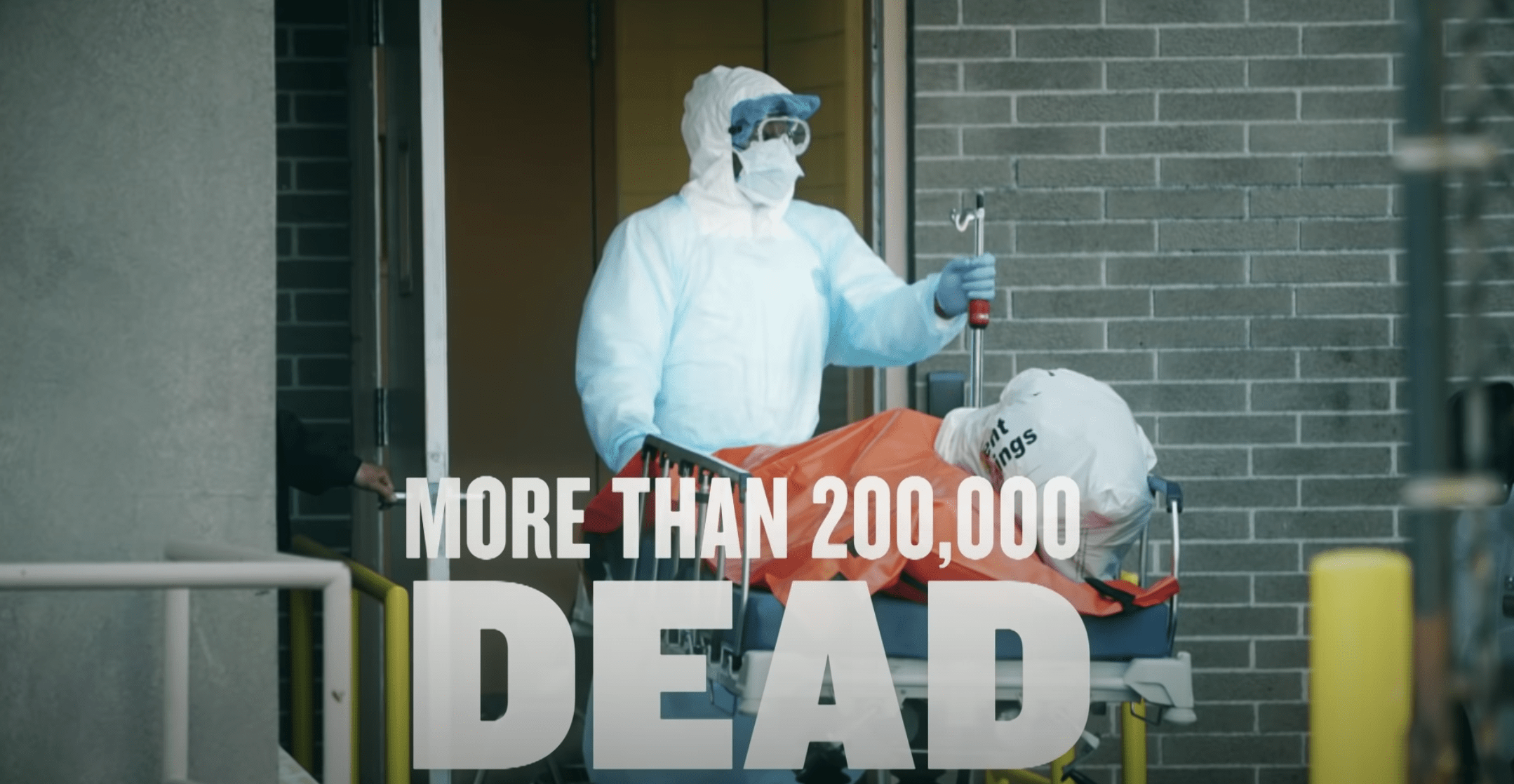 The ad harps on Trump’s plan to eliminate Obamacare, citing a news conference from early May of this year where the President spoke about his plan to end the Affordable Care Act.

The commercial starts off by listing the former coronavirus statistics, followed by a clip of Trump at that news conference saying “We want to terminate health care.”

The full quote, according to the Washington Post, is “We want to terminate health care under Obamacare. Obamacare, we run it really well. . . . But running it great, it’s still lousy health care.”

The ad goes on to say that if the Affordable Care Act is taken away, more than 8 million Floridians with pre-existing conditions could lose their health care. The ad also alleges that people over 50 could be force to pay an “age tax.”

“If Trump gets his way, over eight million Floridians with pre-existing conditions, like cancer and diabetes, could lose their healthcare. People over 50 could face an Age Tax — forced to pay more for care,” the ad says. “Losing our health care during a pandemic… haven’t we lost enough?”

Trump signed an executive order in late September, five weeks out from the election, that aims to enshrine the Affordable Care Act’s most popular feature — protecting people with preexisting health conditions. However, it avoids the details of how to ensure such protections without either leaving the ACA in place or crafting new comprehensive legislation, according to the Washington Post.

The ad will run statewide on broadcast and cable as part of Bloomberg’s commitment to spend $100 million in Florida to support Democratic nominee Joe Biden in defeating Trump.

Biden has a 5-point lead on Trump in the Sunshine State, according to a new poll from the New York Times and Siena College.

The survey was conducted among 1,416 likely voters in Florida and Pennsylvania, another crucial swing state, following a messy, heated debate between the two.

When looking at Biden’s performance, 37% of respondents said the former Vice President won, while the same percentage said they disapproved of his conduct; 31% said they support Biden less following the debate.

The poll also showed Biden continuing to lead with Floridians 65 or older.

A recent poll from the Florida Chamber of Commerce shows similar numbers, with Biden beating Trump by five percentage points.