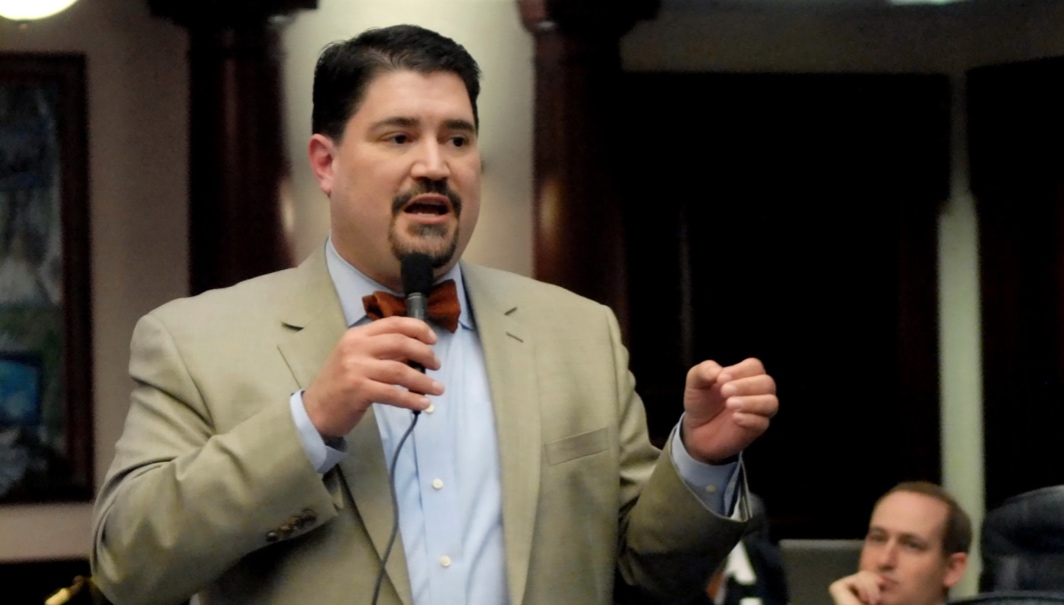 'If Joe Biden was going to usher socialism... none of us would be here.'

As Donald Trump Jr. leads a “Fighters Against Socialism” bus tour through Florida on behalf of his father’s reelection campaign, former Republican Rep. J.C. Planas declared that President Donald Trump is the one acting like a socialist dictator, not Joe Biden.

“The truth, is Donald Trump is a socialist because he has done things that are anti-capitalist,” said Planas, who represented Miami in the House of Representatives from 2002-10.

“When you use the government to go after people you hate, this is the divisiveness that leads to totalitarianism in all the world. If you look at the history of the world, it is always people like Donald Trump who have brought dictatorial regimes upon countries,” Planas charged.

Planas, a Cuban American, spoke in a Zoom press call early Sunday afternoon as a response from the Biden campaign to the Trump campaign’s bus tour to Tampa, Orlando, and Coconut Creek. Planas and others including fellow Cuban American Tampa Councilman Luis Viera, railed against the ongoing claims by the Trump campaign that Biden and Democrats are socialists, or are being directed by socialists.

Their response: Biden is the mainstream politician while Trump is the one foisting radical politics, divisiveness, and totalitarian efforts onto America.

“This is why not only myself but thousands of Republicans have come out to support Joe Biden for president,” Planas said.

“If Joe Biden was going to usher socialism, if Joe Biden was some Trojan horse for the liberal agenda, none of us would be here. [Former Ohio Gov,] John Kasich wouldn’t be here. The Lincoln Project wouldn’t exist. We wouldn’t have all these alumni of [President George] Bush 43, we wouldn’t have all these individuals who have served in both parties in military and intelligence services coming out to support Joe Biden,” Planas continued. “Joe Biden is the one who is going to unite this extremely divided country.”

Carlos Quijada, a U.S. Navy veteran whose family fled Venezuela during the regime of Hugo Chávez, said assertions that Biden represents socialism is a disservice to the causes of Venezuelan refugees and others who fled socialist totalitarian states.

He recalled seeing how Chávez had polarized Venezuela’s society, “and I’m seeing that happening in this country. Again. And it pains me to see that,” he said.

“He’s trying to scare America,” Elena McCullough, a Dominican and retired U.S. Coast Guard officer said of Trump. “He owns this chaos, yet proudly calls himself a law and order President…. President Trump continues to fan the flames of division and encourage chaos.”