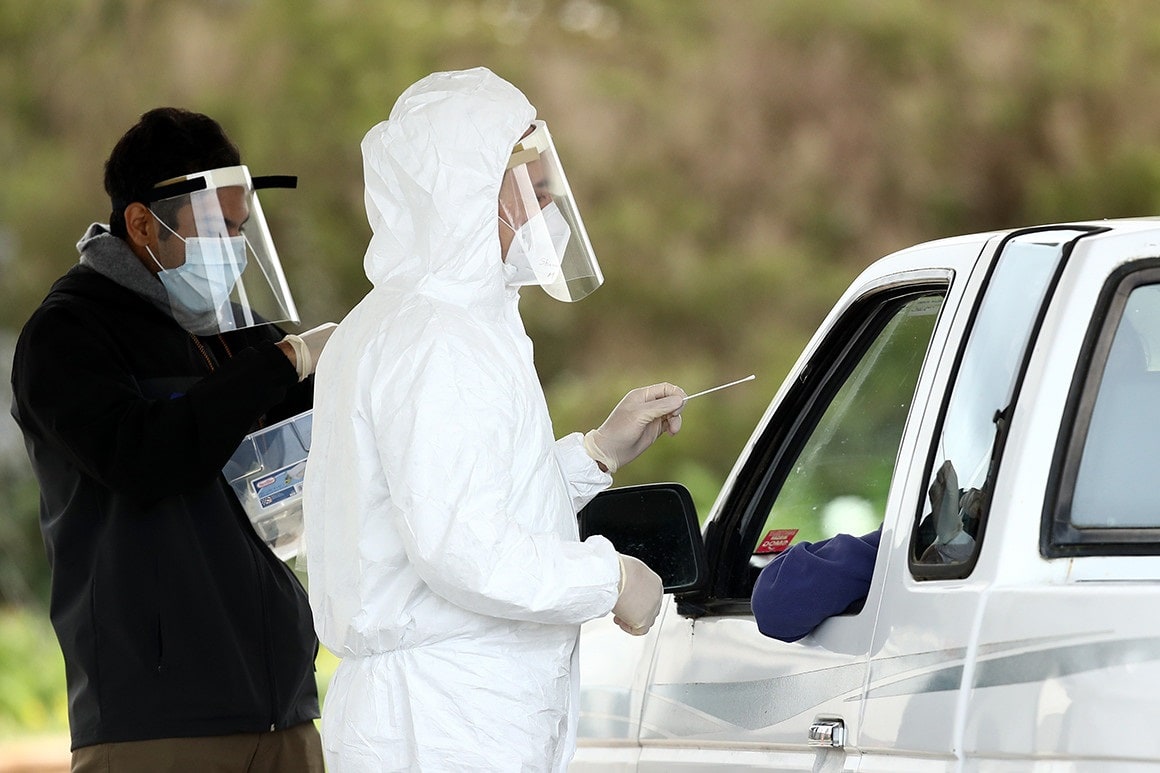 A private lab that released duplicate COVID-19 data is not at fault for the error that forced state health officials to scrap Saturday’s COVID-19 report, according to the Department of Health.

Because of what the state called “an unforeseen technical issue,” data from Helix laboratory company was duplicated, resulting in about 400,000 results from 3,500 intended submissions. DOH included data that it would have released in Saturday’s report in Sunday’s — until the incident — daily report.

A memo DOH released Monday absolved Helix and the department from any fault. The state is working with technical experts to prevent the error in the future.

“State epidemiologists quickly noticed the error and took immediate action, reviewing and deduplicating all 400,000 individual results within 24 hours and eliminating any potential impact to the Department’s statewide efforts in contact tracing,” according to the memo.

At the beginning of September, DOH and the Division of Emergency Management cut ties with one testing corporation after the laboratory released 75,000 backlogged data dating back to late April. Gov. Ron DeSantis said that was the culmination of repeated data dumps the company, Quest Diagnostics, released.

After a data dump in August by Niznik Lab Corp, which DeSantis said was a new player in the COVID-19 testing market, the Governor told reporters he asked DOH to make consequences for labs that end up skewing data.

But unlike with Quest’s release, Helix will face no consequences. The private lab “submitted results in accordance with Florida Statute and DOH procedures.”

“The swift response by Department staff and ready support from Helix ensured a complete and speedy resolution; none of the replicated test results have been included in subsequent daily reports,” according to DOH.

Somehow, that data was repeatedly duplicated in a technical glitch. Lab and state personnel currently don’t know whether the problem occurred on the federal end or in the state’s independent system.

The event was the first duplication of its kind, and the state is taking it seriously and watching subsequent data “like a hawk,” Piccolo said. He said the department would release more updates soon.

Sunday’s report, which included new data that would have also been released in Saturday’s report, showed 178 deaths and 5,570 diagnoses over the 48-hour period. Monday’s report showed an additional 48 fatalities and 1,533 diagnoses, raising the overall totals to 15,412 dead Floridians and 736,024 positive cases in the state.