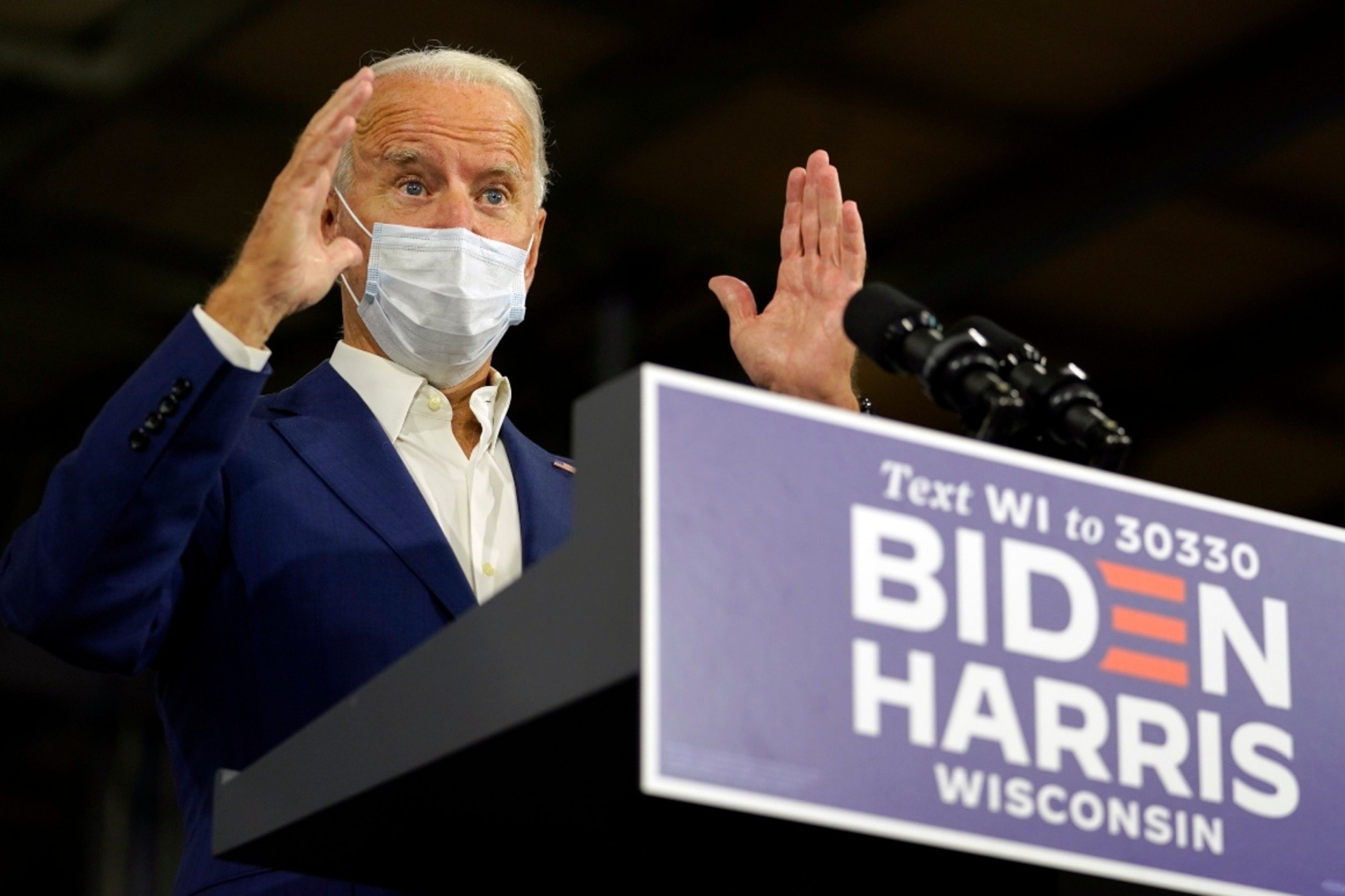 Biden made the remarks at the first of two South Florida events Tuesday.

There were only a few dozen attendees at Joe Biden‘s socially-distanced stop in South Florida Tuesday as he spoke about seniors’ issues in Pembroke Pines.

That attendance will surely be used as a talking point by his rival’s campaign. But just one day after Donald Trump flouted public health guidelines to hold a rally in Sanford less than two weeks after testing positive for COVID-19, Biden argued Trump’s handling of the outbreak shows his lack of care for Americans’ health — and that of seniors especially.

On that Sanford rally, Biden got personal, referencing his reaction following the President’s recent COVID-19 diagnosis.

“You know, I prayed for his recovery when he got COVID. I had hoped at least he’d come out of it somewhat chastened,” Biden said.

“But what has he done? He’s just doubled down on the misinformation he did before, and [is] making it worse. So many lives have been lost unnecessarily because this President cares more about the stock market than he does about the well-being of seniors.”

Biden, speaking through a mask, addressed those gathered for just under 30 minutes Tuesday afternoon. He made an additional stop at an outdoor “drive-in” event in Miramar — also in Broward County — early Tuesday evening. Biden did not wear a mask while speaking to the attendees, who were encouraged to stay in or around their cars during the speech.

“This is the most important election of our lifetimes and you can make all the difference here in Florida,” the former Vice President said. “You can determine the outcome of this election. We win Florida, and it’s all over.”

“Much is made of the rise of the youth vote, and thank God for it. But it is residents who are 65 and older who still swing elections here in the Sunshine State. There’s no doubt about that,” Wasserman Schultz said.

“The road to the White House travels through Florida, and about three-quarters of our seniors turn up at the polls every single election.”

Speaking in Pembroke Pines, Biden ran through many of his standard grievances with Trump’s tenure. He did often, however, refocus the conversation to older Americans and how they’ve been affected by the ongoing pandemic and other issues.

“It’s harder than ever to spend time with the people you love other than on Zoom or on a computer connection,” Biden said.

“We’ve all felt that sense of interruption in our lives. And we all know that this isn’t normal, that things didn’t have to be this bad.”

That blame lies partially with Trump, Biden argued, as he criticized the federal government’s response as lackluster.

Biden said that attitude has played out in recent days, as Trump has ping-ponged back and forth on backing a new COVID-19 relief package.

“One day he’s tweeting that the relief package is too big. The next day, he’s saying it’s too small. It’s all a game. He thinks he’s still on his game show.”

Biden referenced recent reports that Trump is looking to use as-yet-specified authority to send seniors $200 gift cards to help pay for prescription drugs.

Biden framed the move as a political stunt, arguing seniors have already paid into the fund.

“He thinks that he can take the money out of your pocket with one hand and put it back, with his name stamped on it with the other hand and call it a gift. It’s dishonest, it’s reckless and it doesn’t actually help anybody.”

“Joe Biden realized he couldn’t engage with Floridians from his basement, so his handlers decided to send him to the Sunshine State only to learn that there is no enthusiasm for Sleepy Joe Biden,” Vaughn said of Biden’s Tuesday visit.

The Trump team has routinely criticized Biden when he’s chosen not to campaign, and has now pivoted to criticizing him when he does campaign. It’s true Trump has attracted larger crowds — including Monday — often in gatherings which violate current health guidelines in light of the ongoing COVID-19 pandemic. But Biden has led Trump in nearly every recent poll taken in the state of Florida.

“He’s asking the United State Supreme Court as I speak — he’s asking them right now — to strike down the entire Affordable Care Act,” Biden said, referencing a Department of Justice argument that if the law’s individual mandate is struck down, the rest of the law should be as well.

Biden cited his work on the ACA and what it meant for seniors.

“You have preventative services, annual checkups and mammograms for free under Medicare. If [the ACA] gets struck down, that gets wiped out as well.”

It’s not clear, however, that the Supreme Court will rule in such a fashion. While the mandate would likely be invalidated under a conservative court, other recent decisions have shown a majority of justices may favor severing other parts of the law — such as those Medicare requirements and protections for preexisting conditions — keeping those provisions alive.

Biden was arguably most animated when discussing the pandemic’s ongoing impact. Toward the end of his speech, he circled back to Trump’s discussions with Bob Woodward where Trump acknowledged in February and March the potential danger of the disease in those private discussions. In public, Trump routinely compared the virus to the flu.

“He acknowledged that he knew it was a dangerous and highly communicable disease. But he did nothing,” Biden said.

The Trump campaign, however, has routinely pointed to the President’s partial ban of travel from China and Europe. Biden and many public health experts have criticized the President’s messaging to the American people, which often downplayed the danger of the virus.

Biden’s voice rose as he excoriated Trump for keeping his assessment of the virus from the public.