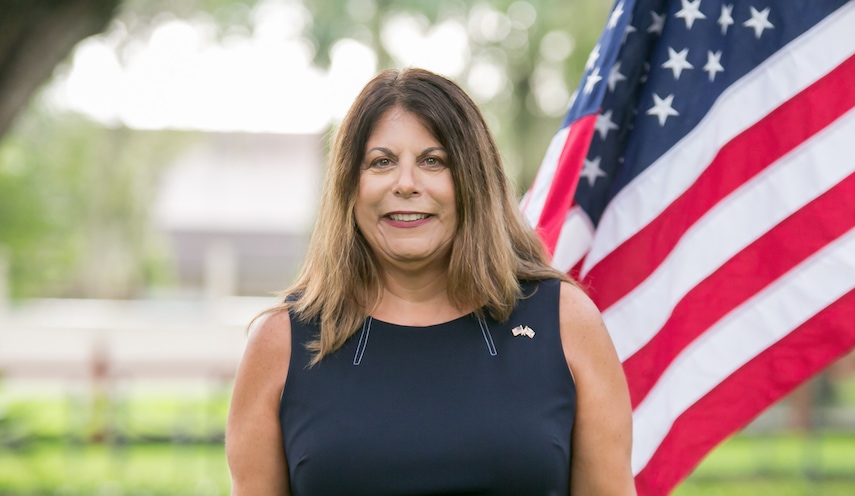 Kagan, whose campaign suddenly has come into some fresh money, in part through national Democratic fundraising efforts, announced she has made two multi-week television ad buys through Election Day. The commercials started running on cable outlets last week.

The latest campaign finance filings show Kagan’s campaign and her independent political committee pulled in more than $67,000 in recent weeks, and she spent at least $25,000 on TV and another $70,000 on mailers and other print advertising.

The first TV commercial is mostly positive. It has Kagan, a criminal defense lawyer from Longwood, identify herself as a mother, lawyer, and small business owner who moved to Seminole County with her three daughters because of great public schools, the environment and the sense of community.

“Send me to Tallahassee and I’ll take our priorities with me,” she says. “Affordable health care, great public education and jobs growth to help rebuild our community.”

The other commercial blisters Plakon, a Lake Mary publisher who is a five-term Representative. It goes after him on his votes on health care, particularly his opposition to expanding Medicaid in Florida, and seeks to make that into an issue regarding care for veterans.

As the commercial shows a picture of Plakon in a red MAGA hat, the narrator declares, “While we all battle this health crisis, Scott Plakon is fighting for the wrong side. Plakon voted against expanding Medicaid, denying 40,000 veterans care they deserve,” citing the proportion of uninsured Floridians who could be veterans.

“Plakon voted against affordable health care coverage for over 800,000 of us,” the narrator continues, using a number often cited for the total number of Floridians who would be eligible for Medicaid if Florida accepted the federal deal offered through the Affordable Care Act. “Even refusing to extend coverage to people with pre-existing conditions.”

“Scott Plakon, his record is a disgrace,” the narrator declares.

Though outside groups are running TV commercials in Orlando supporting Democrats including Kagan, hers are the first from a Democrat’s campaign running for a Seminole County House seat in a long time, certainly the first in this cycle.

The latest campaign finance reports, through Oct. 2, show that Kagan had raised $207,007 through her campaign and another $78,200 in her independent political committee, True Ethics Shape Success.

Plakon had raised $285,140 in his campaign, but very little during this campaign cycle in his independent committee, Floridians for Prosperity and Economic Liberty, with just $4,500 brought in.

Kagan’s most recent fundraising efforts were boosted by national Democratic organizations, Flippable and Tech Solidarity’s The State Slate, working with ActBlue, to solicit donations from all over the country, mostly in small amounts.

Her most recent two-week period, Sept. 19-Oct. 2, Kagan received 1,803 contributions. They included 12 maximum-contribution $1,000 checks, and scores more of $100 or more, most of them local. She also received more than 1,000 contributions of $25 or less from all over the country.

“Based on our grassroots fundraising from January until August, a lot of people in other places that are really concerned about what is happening in Florida … they see a competitive race and want to contribute to it,” said Kagan’s campaign manager, Mahdi Kassam.