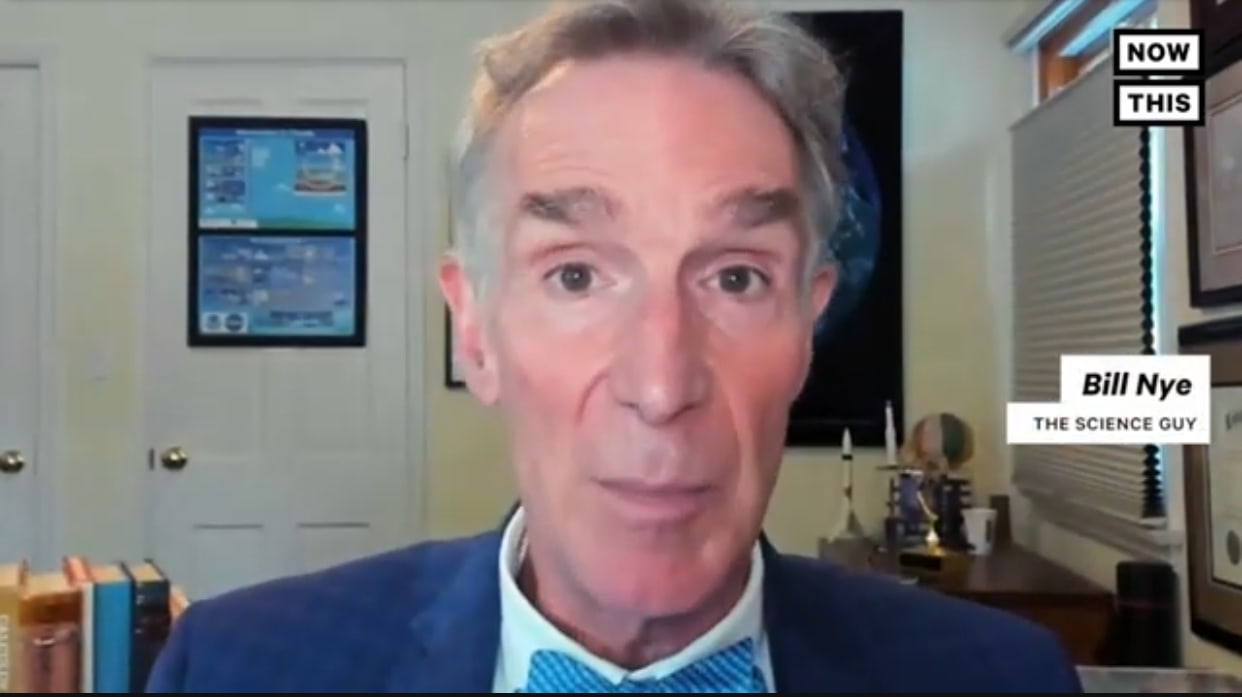 'The Science Guy' wants to be the turnout guy.

Bill Nye, best known as “The Science Guy,” is taking a turn as the voter turnout guy in the stretch run in Florida and other swing states.

After all, as he notes, “this year science is on the ballot.”

Nye, collaborating with the left-of-center NowThis network, does not offer endorsements. At least, nothing explicit.

But with sea level rise and the pandemic among the topics in the 90 second spot, one can assume his testimonial video won’t goose Republican turnout.

Nye enthused about going to Florida, which he fancifully described as “a place that people go to make memories.”

He noted that he enjoyed the rocket launches on the Space Coast, before suggesting that could all be under threat.

“So much of Florida is going to be under four feet of water unless we do something about it,” Nye lamented.

Beyond the peninsula being submerged in the end, tropical weather will loom as a graver danger, with storms both more frequent and stronger, warns Nye.

Nye urges those interested in voting to get their ballots in, either by mail or in person.

A spokesperson for the effort gives more detail on the push for voting for science, with the creative tailored to Florida and focused on the “worsening effects of climate change and the environment.”

“Bill has typically not been too involved with previous election cycles, but with science on the ballot this year, he really wants voters to understand what’s at stake,” the spokesperson said.

NowThis and Nye have creative tailored to other states also, including Arizona, Georgia, Maine, Pennsylvania, and South Carolina.

While it’s clear Nye and NowThis want to get this message out, the spend on the Florida buy and where people might see the ad is unknown. This post will be update when more information is available.