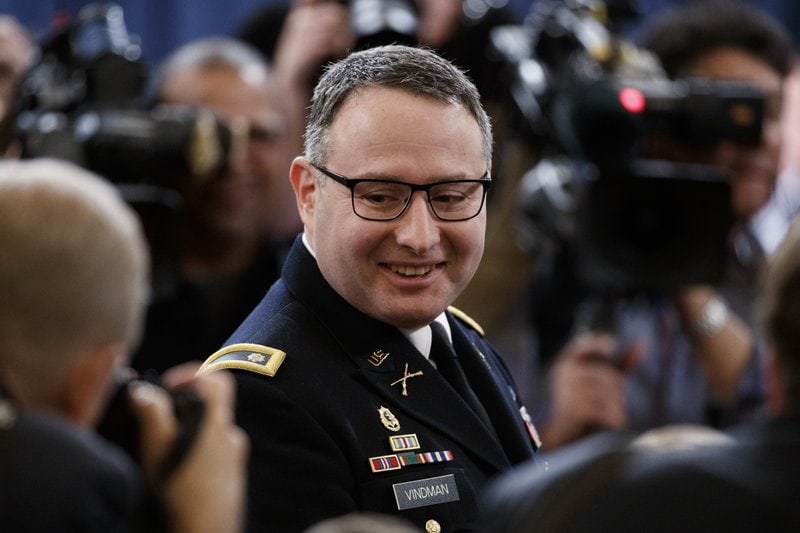 The best way to make sure Trump sees an ad is to buy time in DC.

The best way to ensure President Donald Trump sees an ad is by buying time in the District of Columbia, and some of his staunchest critics have a bracing message for POTUS this weekend.

The Never Trump Republicans at the Lincoln Project, a group of seasoned pros who cut their teeth on GOP attack spots before turning their talents against Trumpism, collaborated with VoteVets to deliver the message of one public servant harassed and hounded by the President and his political machine.

“The most powerful man in the world came after our family,” she said. “What happened to us can happen to anyone.”

“This ad highlights a great American Army family that was threatened and attacked publicly by the most powerful man in the world for doing the right thing,” said Fred Wellman,  a senior advisor with The Lincoln Project.

“We have heard Lieutenant Colonel (Retired) Vindman’s story, but imagine being a mother trying to protect your young daughter from the vitriol and hate of the President of the United States and his enablers? They received dozens of threatening messages and letters, but more importantly, they received thousands of letters of support. The Vindmans know that those represent our nation far better than Donald Trump ever will.”

“No American citizen, let alone a war hero, should ever feel like they could be punished by the President, just for telling the truth,” said Jon Soltz, Iraq Veteran and Chairman of VoteVets. “But Americans need to realize that if Donald Trump can go after someone like Alexander Vindman, and his family, he can go after anyone, and their family.