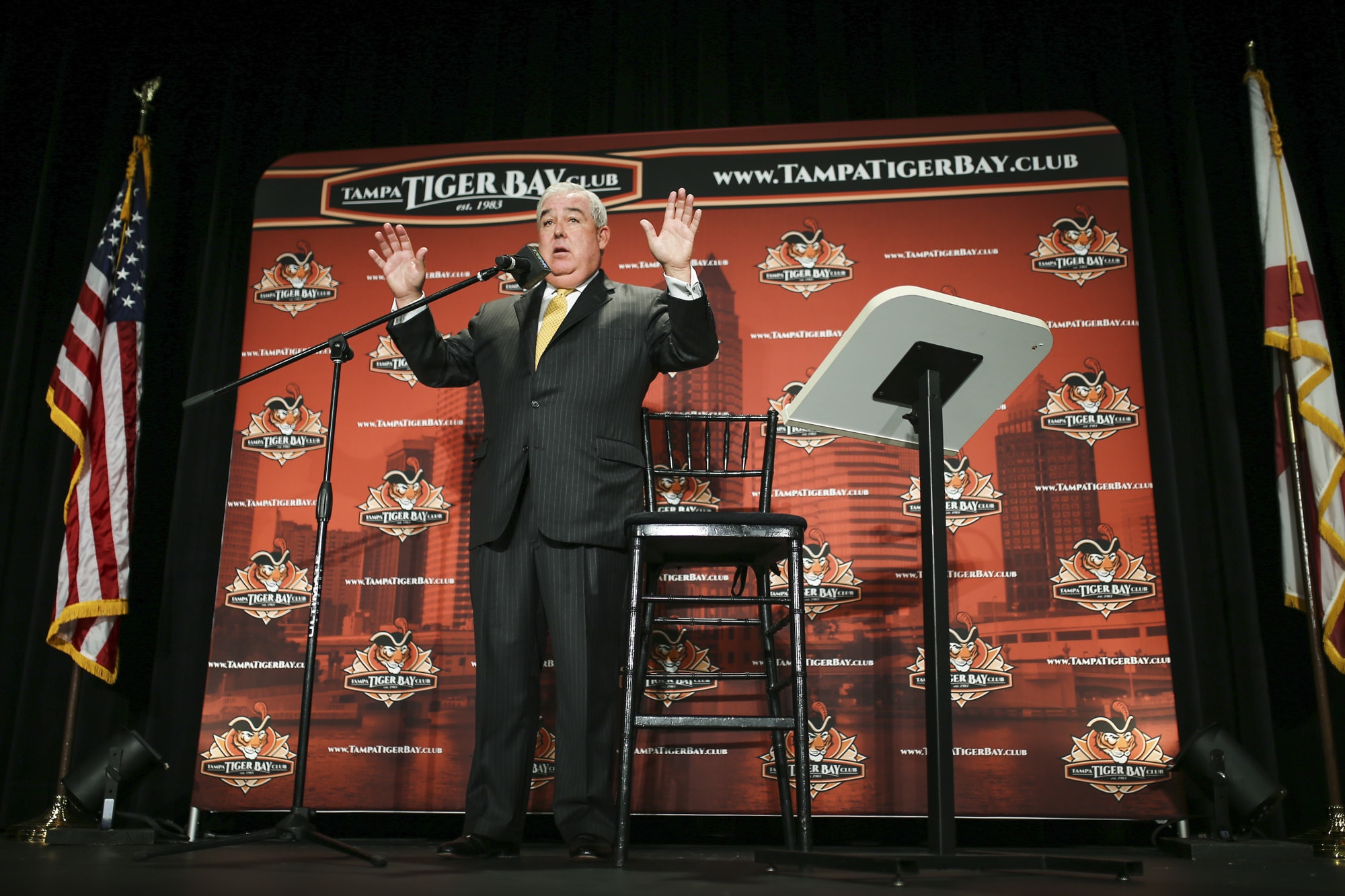 Attorney John Morgan has said the fight for a $15 minimum wage is a surefire way to reduce “decades of inequality.” But the state’s business interests have another view.

That debate, one that will ultimately be resolved on the ballot should 60% of Floridians vote in its favor, wraps next month, when voters decide on a constitutional amendment that would raise Florida’s minimum wage to $15 by 2026.

The ballot initiative from Florida For A Fair Wage is attorney John Morgan‘s priority for the 2020 cycle, largely funded by Morgan and his law firm, Morgan and Morgan P.A.

And on Friday, the loquacious, ever-quotable barrister put his mouth where his money has been all along, offering up a series of hot quotes to the statewide network of Tiger Bay clubs.

“People drive from their job at a restaurant to a food bank to get free food. That shouldn’t happen,” Morgan said.

Morgan, a veteran of ballot initiatives, said he had to get it in amendment form because the Florida Legislature would not move on the issue. He also noted that the wage hike is a gradual escalation, with the first step up to a $10 wage kicking in next November.

The attorney contended the Florida Chamber of Commerce and related interests sought to scuttle the push, saying that people in the service sector currently labored for “slave wages.”

Morgan described his own history as a dishwasher, “one of the worst jobs I’ve ever had,” colorfully describing the smell of vomit to a virtual meeting of what typically is a lunchtime gathering.

Taking the opposite position was JT Corrales of Crabby Bill’s Restaurant, representing the business-backed group Amendment 2 Hurts You.

Corrales said “this is the wrong time” to pass a wage amendment, in a “dark time, very uncertain” for the restaurant and service sector.

He noted that a $15 minimum wage would preemptively “put a blanket over the whole state,” given the wide variance in the cost of living between urban and rural areas.

Corrales complained the minimum wage hike would kill his business’s slender 3% margin, and in turn, the lawyer suggested that he could help Corrales run a more profitable restaurant.

Morgan could not bait Corrales into addressing the gradual escalation proposed, but Corrales expressed alarm about Morgan having the money and leverage to get yet another amendment on the ballot, just four years after the people of Florida voted for medical marijuana.

“We have to pass it by 60%,” Morgan said. And whether this gets there is an open question.

A recent poll from the University of North Florida shows challenges for the amendment. Its survey from early in October showed 60% support, meeting the threshold for passage, but with no room for error.