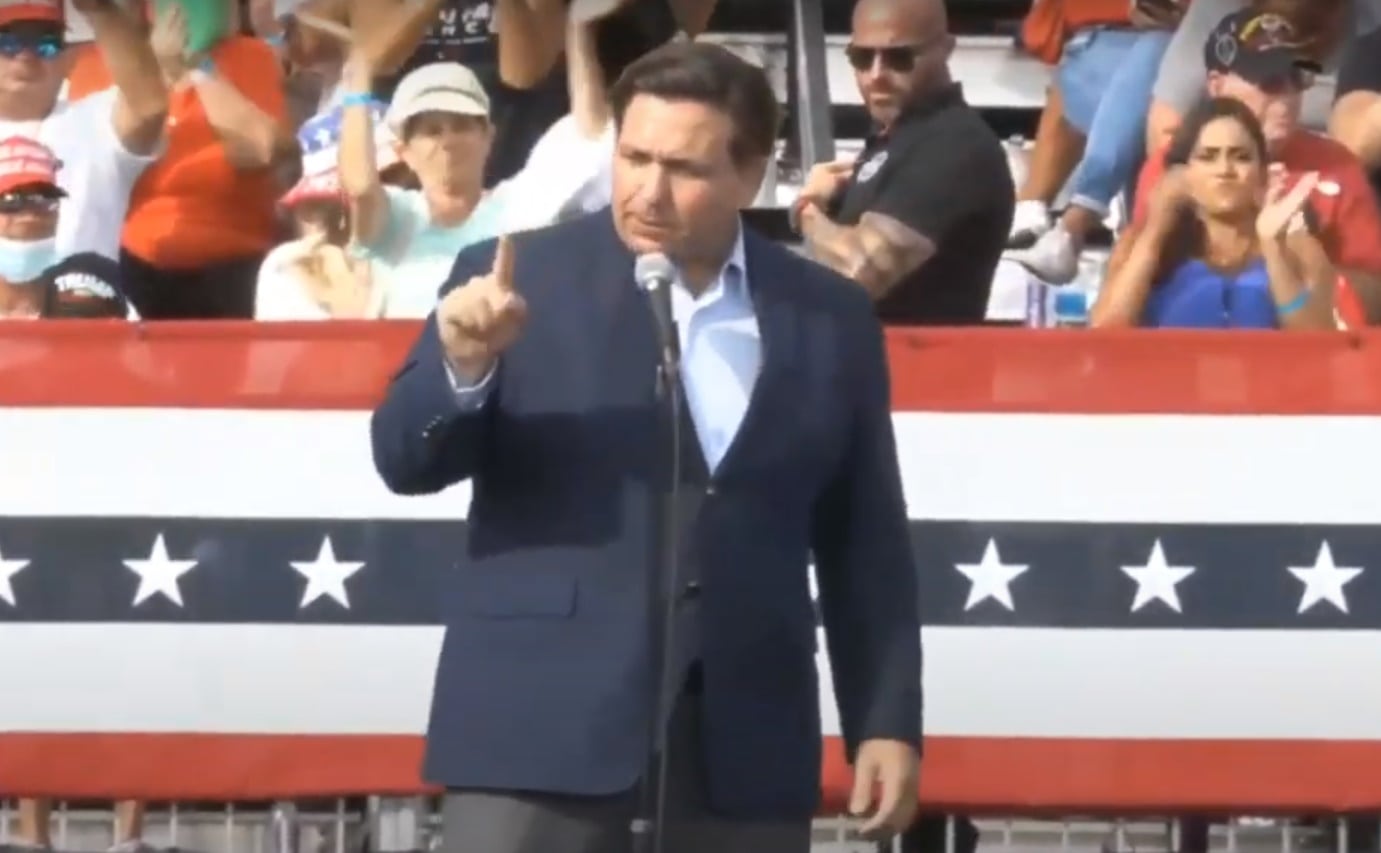 Predicting a Republican victory on Election Night, Gov. Ron DeSantis gave a fiery introduction to President Donald Trump at the first of two stops in the Sunshine State Friday.

“This debate was supposed to be the foreign policy debate,” DeSantis said. “They agreed to that, but then the Democrat debate commission realized that that would not be good for Biden, so they didn’t do as much about national security.”

Under the President’s first term, the Governor said “ISIS has been decimated, Iran is licking its wounds and all these Arab countries are making peace with the state of Israel.”

On Friday, the President announced that Sudan would join the United Arab Emirates and Bahrain in normalizing relations with Israel. And the Governor highlighted Trump’s decision to move the United States embassy in Israel from Tel Aviv to Jerusalem, a controversial move among America’s allies.

“Even if you’re not political, we’ve not had a President that’s been this successful in the Middle East in probably 50 years,” DeSantis added.

“Whether you like it or not, we are going to confirm her and she is going to be on the Supreme Court for 30 or 40 years,” he said.

And the President supports rule of law and combating illegal immigration, DeSantis said, comparing the President’s actions to his own past and future measures in Florida against sanctuary cities and violent protests.

“He’s going to do an amnesty and more people are going to pour in, the problems are going to mount, wages for American workers are going to go down,” DeSantis said. “We can’t have that. We need to finish the wall and we need to be tough on illegal immigration.”

The Governor aided the President’s effort to put the COVID-19 pandemic in the rearview mirror, noting Biden’s openness to returning to a lockdown and closing schools if scientists say to.

“We cannot relive the days that we saw in those blue states where you were banned from going to church, but people were totally free to go riot and loot at their pleasure,” DeSantis said. “We’re not going back to that. We need Donald Trump to open up this country.”

With Republicans closing the voter registration gap in Florida to a historic 134,242 active registered voters, the Governor said he felt Florida breaking for the Grand Old Party.

In his final words before clearing the stage for the President, DeSantis gave a rallying cry rivaling that of Howard Dean.

nextVern Buchanan, Margaret Good blast one another in effort to prove collegiality