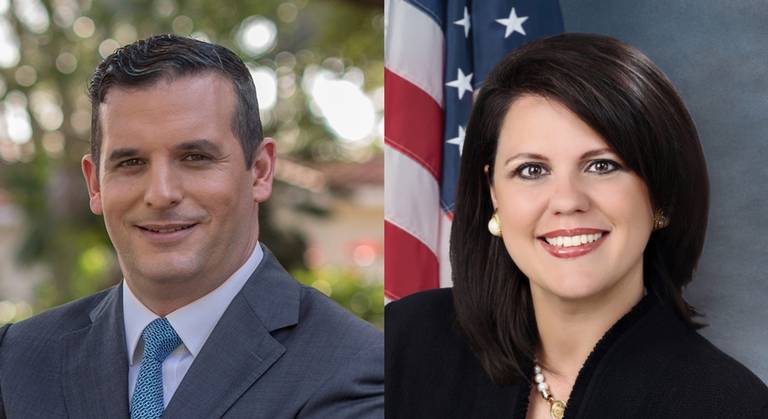 Rodriguez is topping Democrat Javier Fernández by a nearly 4-to-1 margin in available cash.

Republican Rep. Ana Maria Rodriguez has a nearly $643,000 cash advantage over her Democratic opponent, Javier Fernández, as the candidates make their final pushes in the Senate District 39 race.

That’s according to the latest reports filed with the Division of Elections. Those reports show Rodriguez keeping up her fundraising advantage over Fernández as Republicans seek to hold the seat being vacated by term-limited GOP Sen. Anitere Flores.

Rodriguez brought in close to $175,000 from Oct. 3-16 between her campaign and political committee, Ethics and Honesty in Government. Fernández added just over $170,000. But Florida Future, a political committee backing his campaign, shipped out $100,000 during that span as a donation to the Florida Democratic Legislative Campaign Committee. That money may or may not be used for the Fernández bid.

The candidates’ respective PC’s have also reported fundraising data from Oct. 17-23. Florida Future pulled in more than $63,000 as compared to $24,000 for Ethics and Honesty in Government.

Those totals are factored into the latest cash-on-hand total, which show Rodriguez with a nearly 4-to-1 lead over Fernández. Rodriguez holds nearly $867,000 as compared to just under $224,000 for Fernández.

Rodriguez spent more than $72,000 during the same period. Close to $27,000 went to The Miranda Group for voter contact work and consulting costs. Rodriguez also spent around $23,000 with Taylor Strategies for fundraising consulting.

Nonparty affiliated candidate Celso Alfonso is also running but does not appear to be actively fundraising.

Both Rodriguez and Fernández are departing the House after their first terms to pursue the open SD 39 seat. It’s one of the most contested races in the state this cycle. Though Republicans hold the seat, Democrats hold a razor-thin advantage in voter registration in the district. Democratic presidential candidate Hillary Clinton also won the district in 2016.

The district covers all of Monroe County and part of southern Miami-Dade County. Candidates and political committees faced a Friday deadline to report all financial activity through Oct. 16.