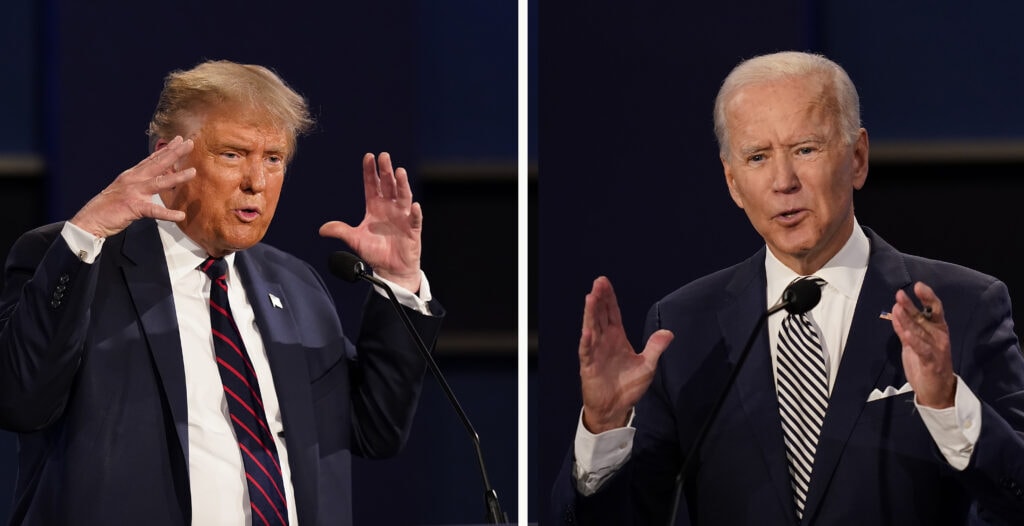 Yet another poll shows Democrat Joe Biden ahead of President Donald Trump in Florida.

Yet another poll shows Democrat Joe Biden ahead of President Donald Trump in Florida.

A new survey from the Florida Atlantic University Business and Economics Polling Initiative shows Biden as the choice of 50% of those polled, and Trump 48%.

That lead is well inside the margin of error of +/- 3.1%, offering more evidence, should it be needed, of a potentially contentious Election Night in Florida.

The two point Biden lead is half of what it was in the pollsters findings earlier in October. The same outfit showed Trump tied with the former Vice President in September.

Those polled by FAU BEPI for this survey, conducted Oct. 24 and Oct. 25, mirrored Trump’s Florida lead in 2016, with 1.3% more of those polled saying they voted for Trump over Democrat Hillary Clinton.

The most recent voter pool leaned Democratic. Of those polled, 37% were Democrats, 36% Republicans, and the balance NPA or third party, a sample that represents Florida’s electorate.

There is some room for movement: of the 937 likely Sunshine State voters who responded to the survey, 2.5% told pollsters they were undecided, and 6% more could change their minds.

“It is a very close race, and any movement in the upcoming week can swing the results in either candidate’s favor,” said Monica Escaleras, Ph.D., director of FAU BEPI.

That is true, to a point.

The same poll suggests that voters, especially Democrats, are coming home in massive numbers. A full 98% of Democratic likely voters expressed intent to vote for Biden. Trump is the choice of 93% of Republicans surveyed.

“With less than 3% undecided, the election in Florida is going to be less about persuasion and far more about turnout,” he said. “With Joe Biden holding a 12-point lead among Floridians who have already voted, Donald Trump will need a strong turnout this week and on Election Day to carry Florida.”

The Biden lead with voters who have already turned in ballots is down from some other polls during this period, a function of early voting allowing Republicans to cut into prohibitive Democratic advantages in vote by mail. Democrats, as of Tuesday morning, have roughly a 300,000 vote lead.

President Trump, who has visited Florida much more frequently than his Democratic opponent, is confident that he will close strong.

The President has said in recent days that some public polls are “suppression polls,” designed to discourage his voters from turning out.

Officials from the campaign likewise expressed confidence in its Florida position Monday on a call with media.

Trump surrogates, meanwhile, continue to cast aspersions at what they perceive as a lack of “ground game” in Florida from the Biden camp.