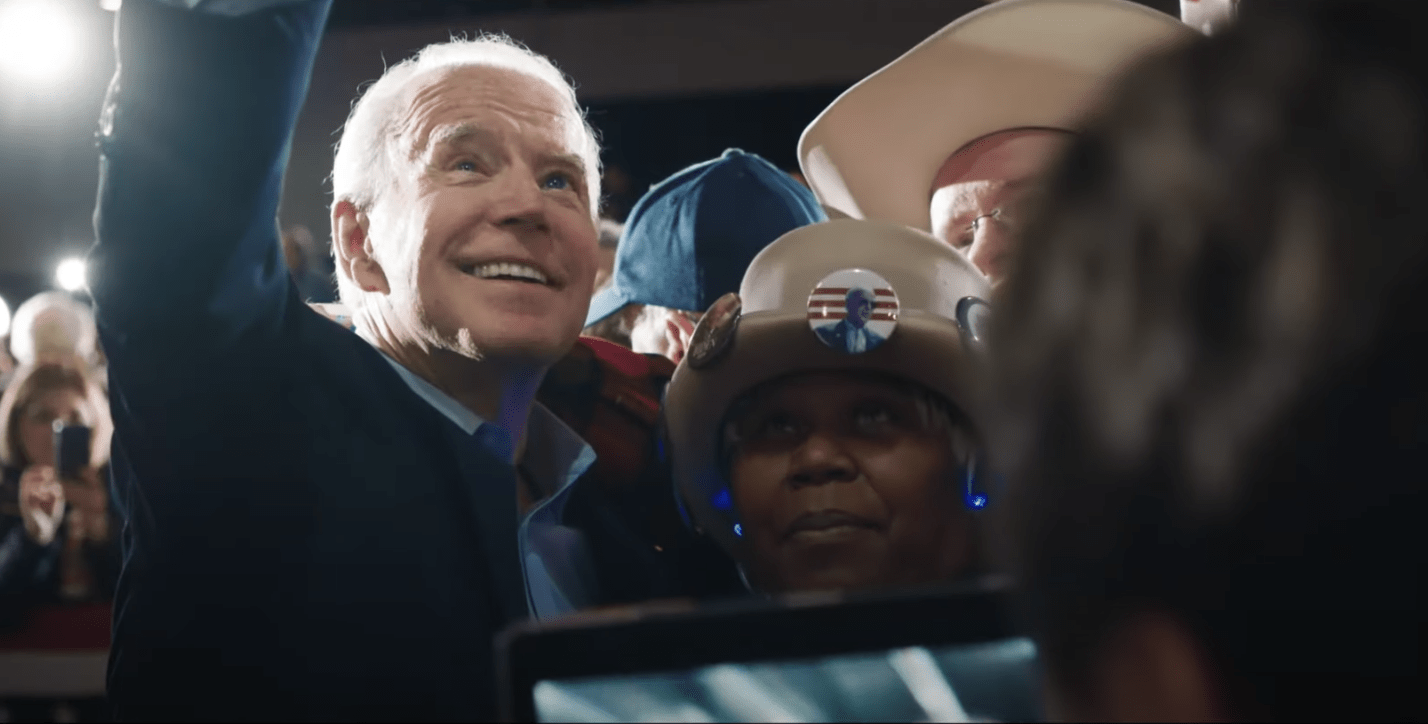 The Joe Biden campaign is running two new ads in the final week before the Nov. 3 election highlighting key themes in his campaign including the “battle for the soul of the nation.”

The ads, one featuring Biden and the other his wife, Jill Biden, will run nationwide on digital and national networks as well as on local broadcast stations in Florida and other key battle ground states.

The ad featuring the former Vice President, titled “Rising,” starts with inspiring images of Biden speaking with everyday Americans, such as construction workers and young children.

“I started this campaign saying that we’re in the battle for the soul of the nation, I believe that even more deeply today,” Biden opens the ad as more images of families embracing show on screen. “Who we are, what we stand for, but maybe most importantly, who we are going to be — it’s all at stake.”

The ad then transitions to polling places, showing masked voters casting their ballots.

“Character is on the ballot, the character of the country, and this is our opportunity to leave the dark, angry politics of the past four years behind us,” the former Vice President continues.

In the ad, Biden implores voters to “choose hope over fear, unity over division, science over fiction.”

“I believe it’s time to unite the country, to come together as a nation, but I can’t do it without you, so I’m asking for your vote,” Biden says from a desk. “We need to remember, this is the United States of American,” he says, emphasizing “united.”

The ad closes with Biden reminding voters “there’s never been anything we’ve been unable to do when we’ve done it together,” as more inspiring images of families appear on screen.

“In the Dark,” featuring Jill Biden, begins with the hopeful First Lady introducing her husband as a compassionate man who overcame the ultimate tragedy after a car accident killed his wife and infant daughter and injured his two sons.

“His life had been shattered,” Dr. Biden says as black and White images appear of her husband in the early days of his career and with his two young boys. “But as one of Joe’s favorite quotes reminds us, ‘faith sees best in the dark.’

“Joe’s faith helped him channel his grief into purpose; it gave him the strength to fight hard for other people’s families in the Senate and then take a two hour train ride home everyday to be there for his own.”

Dr. Biden then shifts to a call to voters, saying she knows “in her heart” that trusting her husband, “he will do for these families what he did for ours: bring us together, help us find light in the darkness, keep hope for the future alive in all of us.”

The ads are meant as closing arguments to the American people, particularly those who have yet to cast a ballot.

Neither spot mentions President Donald Trump specifically, but the theme about unity and fighting for the soul of the nation are direct throw-backs to Biden’s ongoing campaign message differentiating him as a candidate that would heal a divided country to Trump, who Biden and his supporters argue is responsible for the division.

The ads drop the same day another set of ads, aimed at closing the campaign’s argument to Hispanic voters, also dropped in key swing states including Florida.