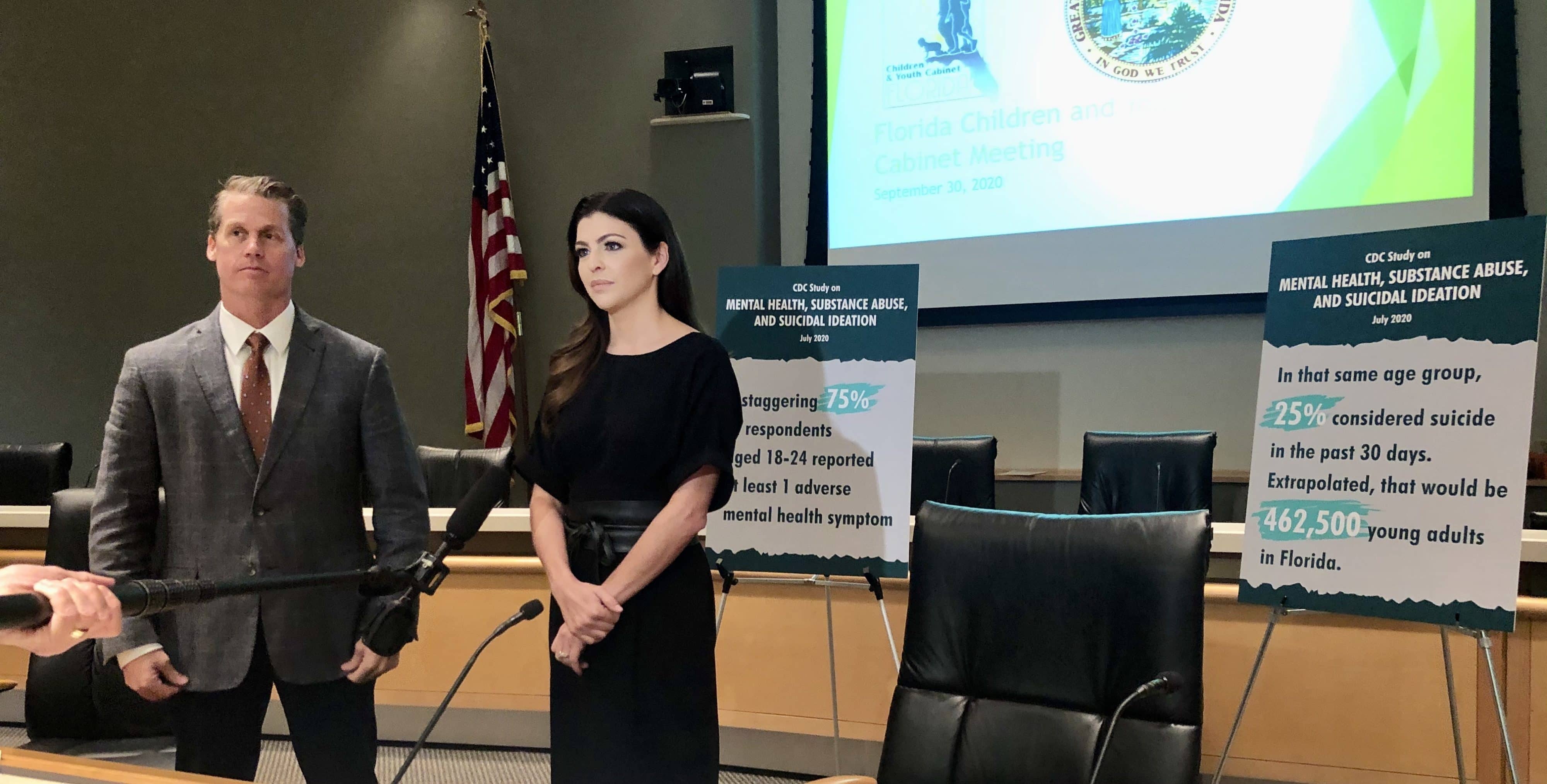 Abuse went undetected during the pandemic.

Reports of suspected child abuse are rebounding to normal levels in the state, a sign that reopening classrooms is having a beneficial outcome for vulnerable students.

In the early months of the COVID-19 pandemic, when all students were learning remotely, abuse reports dropped 44%, coinciding with a 33% drop in calls to the state hotline. Experts say abuse was still happening — it just went undetected.

During the Florida Children and Youth Cabinet meeting Tuesday, cabinet Chair and First Lady Casey DeSantis backed her husband’s decision to reopen classroom doors for the fall despite the pandemic. Holding the Governor’s line, she said scientific evidence suggests children aren’t vectors of the novel coronavirus and are at low mortality risk.

“I think we just have to look at it holistically and make sure that we’re making sure our kids are OK,” DeSantis said.

Tuesday’s meeting featured Phillip Adams, a child abuse survivor who stressed the importance of teachers as role models in at-risk students’ lives. He named one teacher in particular who told him to take the pain from his abusive household and turn it into something creative in the form of writing, crediting that coping mechanism for the reason he survived the abuse.

“When it came time to go to school, we made sure we were ready for school and on that bus everyday, because that was eight clean hours of not flinching every time an adult moved their hand around you, and that’s eight hours of someone who actually really cared about you and you felt like you were really cared about,” Adams said.

Mentorship and getting adults into the lives of vulnerable children has been a priority for the cabinet, DeSantis added. The cabinet’s first meeting this year was in September.

Despite having his six children currently learning remotely, Adams also backed the decision to reopen classrooms, noting that his living situation allows him to provide for his children. Some children’s main access to food is through school meal programs, and working-class families can struggle to work if their children stay home.

“The only reason they’re at home is because there’re six of them, and the variables of them coming home with someone coming down with something are way too high,” he told reporters.

The First Lady and Gov. Ron DeSantis traveled to Heathrow Tuesday afternoon to host a roundtable on the opioid crisis. Before departing Tallahassee, Casey DeSantis said she believed her husband had voted Monday and that she planned to return her absentee ballot on Election Day. But when asked about the state’s mental health and opioid crisis initiatives, she contended the efforts weren’t at stake at the ballot box next week.

During the roundtable Tuesday, the Governor announced a $5 million grant from the U.S. Department of Labor to create a opioid recovery pilot program. Florida was one of only a handful of states to receive funding, notable because of the Governor’s ties to President Donald Trump.

At the cabinet meeting, the First Lady announced the delivery of 1,000 laptops, notebooks and other mobile devices to foster children to address education. She also announced a partnership with T-Mobile to provide more than 600,000 families with 100GB of internet annually over the next 5 years.

“Foster care students have faced unique levels of disruption to their learning and home environments during Florida’s response and recovery, including spikes in the need to relocate and food insecurities, and consistent mobile access to educational supports can give them some certainty in this otherwise historically challenging period for foster care students,” Education Commissioner Richard Corcoran said in a statement.

“Even before the pandemic, more than 9 million of America’s 56 million households with children did not have access to reliable internet and could not complete after-school assignments,” he said in a statement. “This critical ‘homework gap’ can have negative impacts on student outcomes.”

“Corporations & the electeds beholden to them rig the system in their favor, and then offer subpar solutions that make them look good,” she wrote. “Floridians deserve more.”

previousTrulieve to open its doors in Punta Gorda on Wednesday