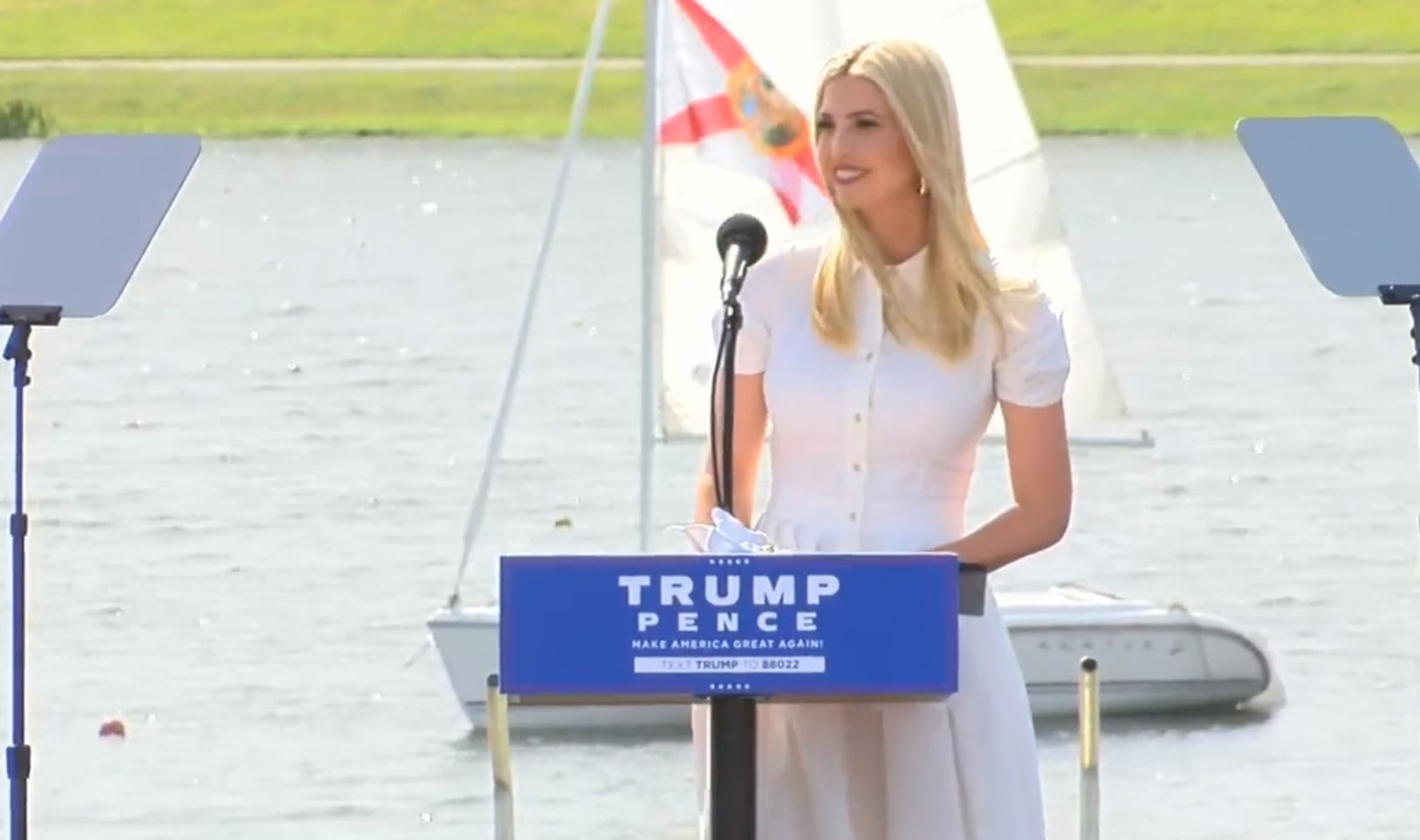 A trio of female surrogates took the stage at Nathan Benderson Park to tout Donald Trump’s record of elevating women.

“Donald J. Trump came to Washington for one reason and one reason alone, to Make America Great Again,” she said, sounding the recognizable motto of the Trump campaign.

As she did last week in Fort Myers, she promised a second term would bring school choice for all families and support for workers across the country.

Ivanka Trump also made note of a historic event on Monday, the confirmation and swearing-in of Supreme Court Justice Amy Coney Barrett, only the fifth woman named to the high court.

But Sarasota County Democratic Party Chair JoAnne DeVries issued a statement asserting she did not feel the same.

“Donald Trump has proven incapable of handling the biggest issue facing Florida’s health, economy, and way of life: the coronavirus pandemic,” she said. “His own chief of staff admitted Trump can’t get the job done, saying, ‘we are not going to control the pandemic.’ Ivanka Trump’s visit does nothing for thousands of Floridians in Sarasota who desperately need strong leadership at every level to overcome this pandemic, keep our loved ones safe, and rebuild our economy. It is so, so important that we vote and vote early for Joe Biden and Democrats down the ticket.”

But the President’s daughter wasn’t the only woman to talk up the Trump administration’s commitment to women, despite frequent criticisms against the President as a misogynist.

Sanders said Trump always treated her and other women in the White House with respect. She was only the third woman ever named as White House Press Secretary, she said, and the first with children at the time of her tenure.

“Anyone who tells you this President doesn’t empower women isn’t paying attention or isn’t telling the truth,” Sanders said.

And Bondi, who represented President Trump during the impeachment trial, said she had seen first-hand in the White House how Trump treats women, Ivanka Trump no exception.

“I got to see Ivanka work every single day tirelessly for that administration,” Bondi said. “What she has done for families, for minorities for women, is second to none. She goes nonstop.”

She noted Trump has put many women in positions of influence and power. Bondi herself was rumored to be under consideration for Attorney General at one point.

She predicted Trump would win Florida’s electoral votes next week.

“What is the President’s new home? Florida,” she said. “He grew up the greatest economy I believe we’ve ever had and he is already doing it again.”

previousAndrew Learned holds narrow lead in HD 59, but it may not be all good news