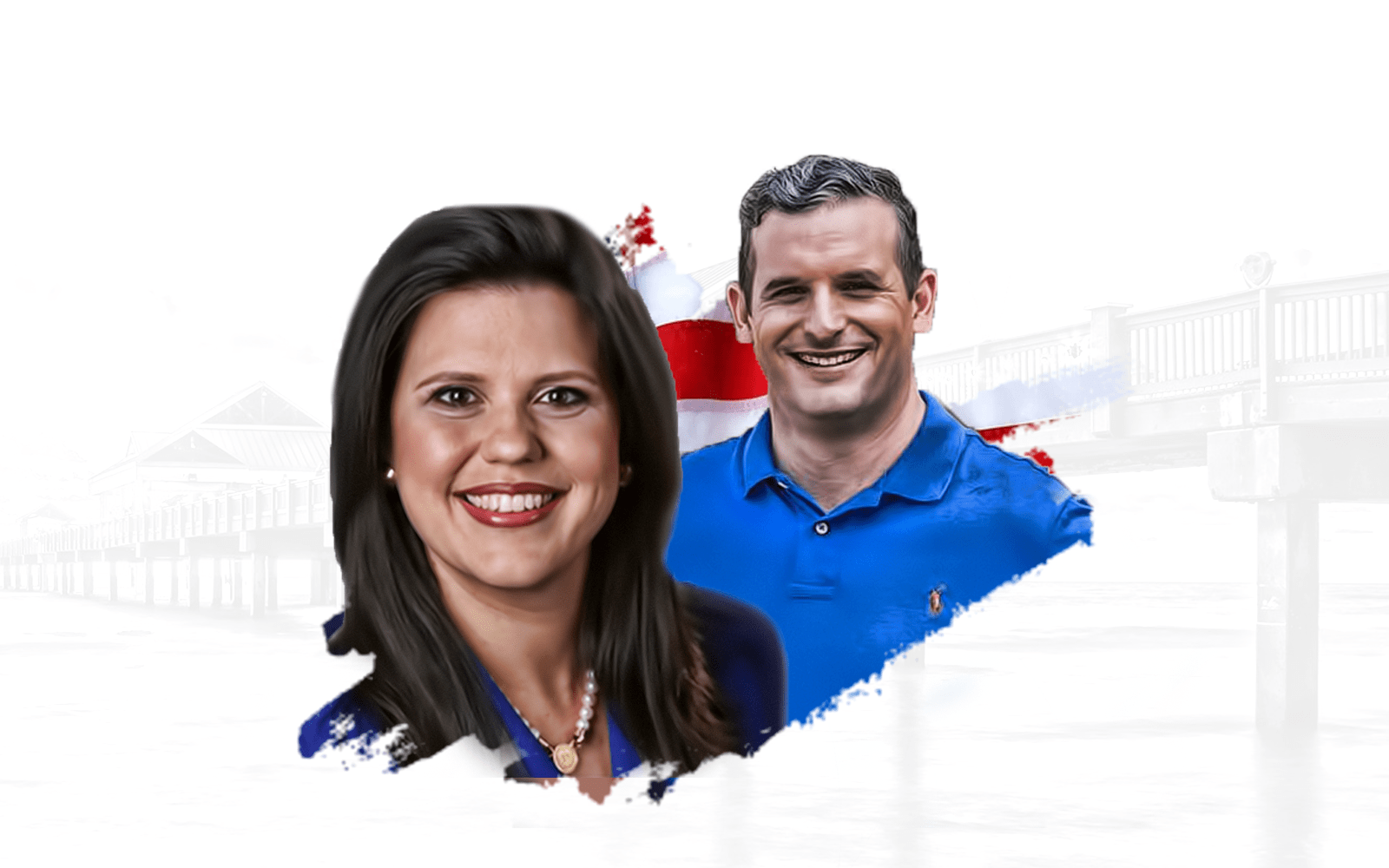 The candidates have each tarred the other as socialist sympathizers this cycle.

Facing a 23-17 deficit in the Florida Senate, Democrats have their eyes on gaining equal control of the chamber this cycle, if not nabbing an outright majority.

Both are tall tasks, with only two Senate races approaching toss-up territory. One of those races is in Senate District 39, which runs from Miami-Dade County down through the Keys in Monroe County. Republican Sen. Anitere Flores is term-limited, leaving the seat open.

Rodriguez served eight years on the Doral City Council and has worked in the field of government affairs and public relations. She entered the contest ahead of Fernández at the behest of Senate GOP leadership and racked up plenty of money along the way with their help.

Fernández wasn’t the first Democrat to seek the SD 39 seat this cycle. Pinecrest Vice Mayor Anna Hochkammer originally declared for the race but was forced to withdraw because of a medical issue.

Fernández quickly garnered support from top Senate Democrats, making him the favorite for the party’s nomination. But there were hiccups along the way. His fundraising sputtered through 2019, leading some Democrats to question his ability to flip the seat this November. The issue even led to Fernández courting a Democratic primary challenger.

At the turn of the calendar year, Fernández began to turn that narrative, even topping Rodriguez in multiple fundraising periods. He handily won the Democratic nomination on Aug. 18, confirming the matchup with Rodriguez.

Both parties recognize the importance of the race, with big bucks pouring in the past few months, including from outside groups. Rodriguez has held the overall advantage in cash, however, giving her a leg up in one important metric.

Non-party affiliated candidate Celso Alfonso also has qualified in the contest, but has not mounted a serious campaign.

More than two-thirds of voters in the district are Hispanic. More than half of that demographic identifies as Cuban. That has led to Fernández and Rodriguez tussling over the issue of “socialism” at various points in the campaign. Many Hispanic residents in South Florida fled from socialist regimes or have family members who did.

In February, then-presidential candidate Bernie Sanders made comments criticizing the Fidel Castro regime, but praising the Cuban government’s efforts to increase literacy among its population. That earned him widespread condemnation, even from Florida Democrats.

That included Fernández, who called Sanders’ remarks “uninformed” and “ridiculous.”

“As a party are we really going to elect a nominee with a worldview that is this fundamentally flawed?” Fernández added.

“I am disgusted with Bernie Sanders. All Cuban Americans, and in fact all Americans, should be disgusted by him and his enablers as well,” Rodriguez said. She tried to frame Fernández as one of those enablers, despite his criticism.

“If my opponent doesn’t stand with Bernie Sanders, he should commit right now to leaving the Democratic Party and Bernie Sanders if he’s the nominee.”

No such commitment followed, nor did Sanders win the nomination. But the episode highlighted Republicans’ ongoing push this cycle — especially in South Florida — to brand Democrats with the “socialist” label.

Fernández attempted to combat those efforts by flipping the argument on Rodriguez.

“As Americans, we must stand against all authoritarian governments, as well as any attempt to excuse their cruelty, whether it comes from a Senator in Vermont or in the form of Donald Trump heaping praise on the most brutal, sadistic, and murderous dictators on the planet,” Fernández retorted.

“I will always hold anyone accountable for their actions, regardless of their party, who willfully supports tyrants. Unfortunately, we are still waiting for Rep. Rodriguez to do the same.”

The debate reared its head again after a New York Times report detailed a firm belonging to former Republican U.S. Rep. David Rivera that represented a Venezuelan oil company then tied to the Nicolás Maduro regime.

Fernández brought that controversy back to his opponent’s attempts to call him a socialist.

“While Republicans, like Rep. Rodriguez, are quick to label their Democratic opponents as socialists, they swallow their tongues when their friend and former colleague admits to lining his pockets with money from a murderous regime,” Fernández said.

Rodriguez responded, saying, “while I have no knowledge about his dealings whatsoever, I certainly condemn any work done on behalf of the Maduro regime.”

That didn’t stop the Florida Democratic Party from releasing an ad trying to link Rivera and Rodriguez.

Both candidates have toed the party line on most major issues, so the tit for tat over socialism could play a sizable factor in the heavily Hispanic district.

The race also has implications on the House. With both Fernández and Rodriguez giving up competitive House seats, those races could now go either way. That’s caused a flood of money into those contests on both sides.

In 2016, Flores won reelection in SD 39 over now-U.S. Rep. Debbie Mucarsel-Powell by 10 points. But SD 39 voted blue by the same margin at the top of the ticket. The Democrats have a narrow lead less than 0.2 percentage points in voter registration in the district.

Democrats will need support to trickle down to the Senate contest this cycle. They likely won’t gain control of the body by next Session — only Senate District 9 offers another pickup opportunity this year, absent a major upset. But a win in SD 39 would give Democrats their best chance to possibly regain control of the Senate after the 2022 contest. A loss here adds a degree of difficulty to an already tall task.

previousArmed with a cash advantage, Cindy Polo looks to secure a second term in the House