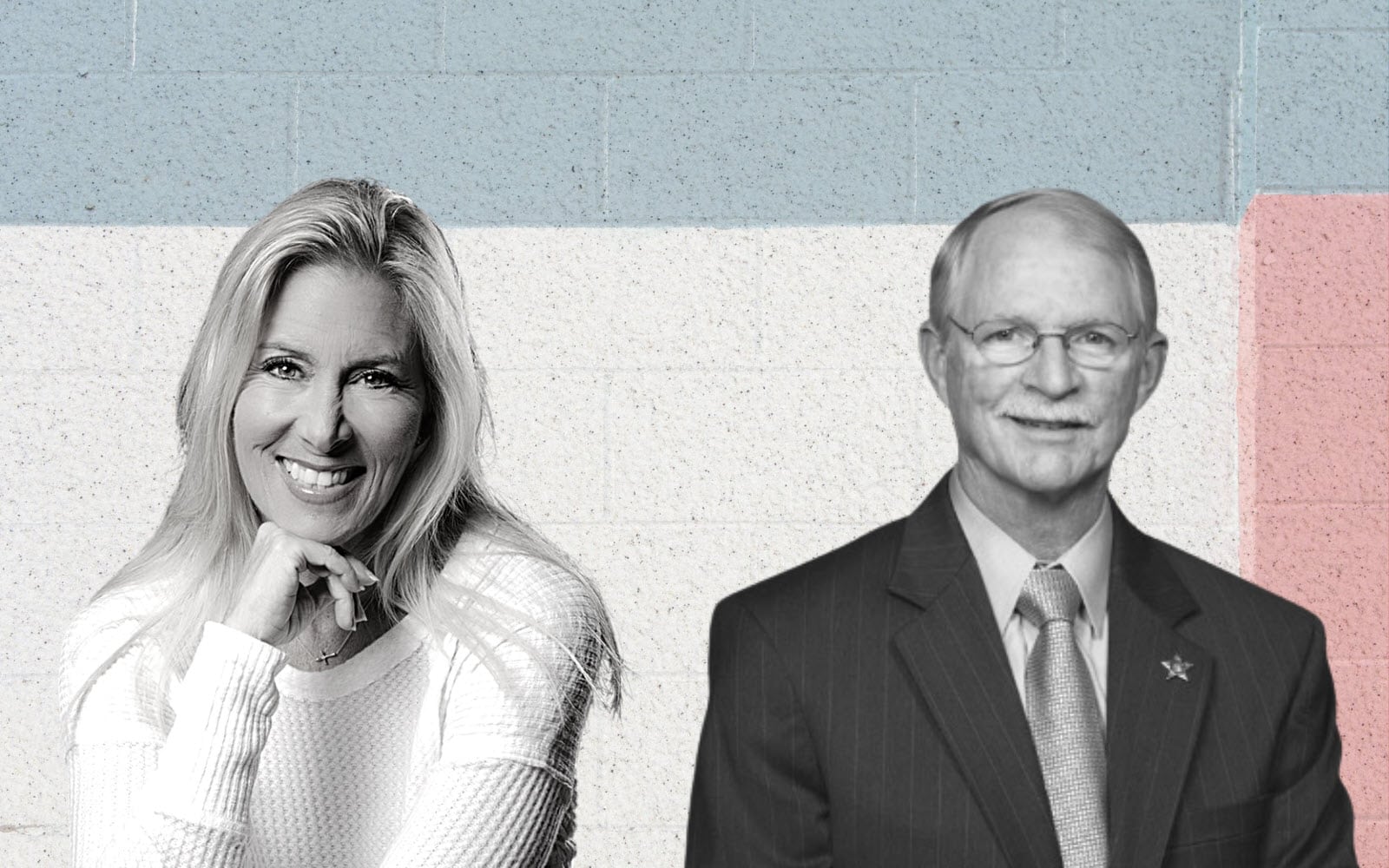 The composition of Florida’s 4th Congressional District is nearly 50% Republican. It’s no wonder national Democrats have written it off as a lost cause.

But a local candidate did not.

Donna Deegan, a former newscaster turned breast cancer survivor and founder of a foundation and marathon to fight that illness, has managed to run a legit, real-deal campaign against two-term Republican U.S. Rep. John Rutherford.

Rutherford is about as known a figure as possible in Northeast Florida, with three terms as Jacksonville Sheriff from 2003 to 2015, a time with considerable overlap to Deegan’s reign over the local airwaves.

Rutherford waltzed through an uncompetitive primary in August to find Deegan waiting for him with the first serious General Election campaign he has faced on the federal level.

Though polls have shown a race with a double-digit spread, Deegan, who raised a million dollars in the campaign largely from small donors, has made some unorthodox moves that may trim margins

Among them: She took her campaign argument to Fox News with an ad buy this month, part of concerted across-party-lines outreach.

A media release from the Deegan camp outlined the rationale for the buy in her own words.

“This grassroots campaign isn’t taking any vote for granted. The reality is many people I hope to represent get their news from Fox.” Deegan said.

The question may be not whether this was an audacious play, but whether it was too late.

According to the Rutherford campaign’s Tim Baker, the principal architect of the Congressman’s reelection bid, Republican excitement has been surging in CD 4 throughout this cycle. Turnout for Republicans in the district has outpaced the combined participation of Democrats and NPA voters, he noted.

The most recent public poll of the race in CD 4, via the University of North Florida’s Public Opinion Research Laboratory, shows Rutherford as the choice of 57% of likely voters queried earlier this month, with Deegan backed by 38% of survey respondents.

The polling is old, from before Deegan went live on television with ads.

Whether there’s hope for Deegan or not, she managed to do what opponents haven’t been able to do since the Republican primary to succeed Ander Crenshaw wrapped, and force Rutherford to debate her on television.

The debate was lively: Deegan took exception to the Congressman’s characterizations of her as “extreme, left-wing, socialist,” while accusing Rutherford of attending President Donald Trump‘s coronavirus “superspreader” events.

Whether Deegan closes with a victory at the polls or a moral win, her campaign closed with confidence, as manager Erica Connor noted.

“While there are many Democrats excited about Donna’s candidacy, the reality is we have supporters from all across the spectrum. The enthusiasm is not limited to those with a ‘D’ by their name. We have spoken with voters who have never voted, and because of Donna’s message, they are casting their first ballot for her. We have lifetime Republicans who are voting for Donna, because they know what’s at stake.

“We have been intentional about reaching out to voters across the aisle and of all different parties. We are meeting them where they’re at — we’re calling them, we’re texting them, we’re having their families reach out to them. For lifelong Republicans in this area, they have never had a candidate like Donna reach out to them the way our campaign has, and that speaks to the kind of campaign we’re running,” Connor said.

We asked if help from the outside would have been useful, and Connor’s answer illustrated that even in an environment of unprecedented spending on all levels, strategic choices are sometimes made.

“The truth is this: political committees like the DCCC make decisions about who to support early in the campaign season using notoriously rigid criteria — and they don’t always get it right. I think some opportunity for national outreach was lost with the COVID-19 pandemic. Every campaign and political committee simply had to allocate more of their finite time and other resources to figuring out how to effectively, and safely, campaign amid a global pandemic,” Connor said.

“However, while Rutherford has been buoyed by Party checks and big corporate PACs, I couldn’t be prouder of what this local, grassroots, people-powered campaign has accomplished — outraising a two-term incumbent with 11,000 individual contributions (and counting) averaging $83. As someone who wants to finally get things done for the people of this district, Donna would take more money from more people over his couple hundred human donors any day.”

Deegan, who could be a frontrunner for Jacksonville Mayor in 2023, told this reporter that she’s not looking ahead.

“All indications are it’s going to be a great night and a comfortable win for Congressman Rutherford. We are leaving nothing to chance though and working hard to turnout the vote. Turnout is higher as a percentage of the electorate in Nassau and SJC vs Duval, but there’s been good turnout overall across the district, so that’s been encouraging,” Baker said last week.

Baker then noted the Rutherford campaign will have won by keeping it clean, avoiding the kinds of ads that political operation can produce at will.

“Despite Deegan running an aggressive negative campaign based on falsehoods since her first commercial, we have run an absolutely positive campaign without so much as mentioning her in any of our communications. This is because Congressman Rutherford has a tremendous record of success and delivering results for northeast Florida and the voters know him and trust his decades of service.”

“Deegan’s lies have been rejected by the voters so there’s been no reason to go start telling the truth about her radical record,” Baker added. “So when it’s all over she’ll know that her false negative campaign and out of touch ideas are what sunk her in this race and nothing else.”

nextRepublicans look to hold HD 118, a seat that has swapped party control for two straight cycles