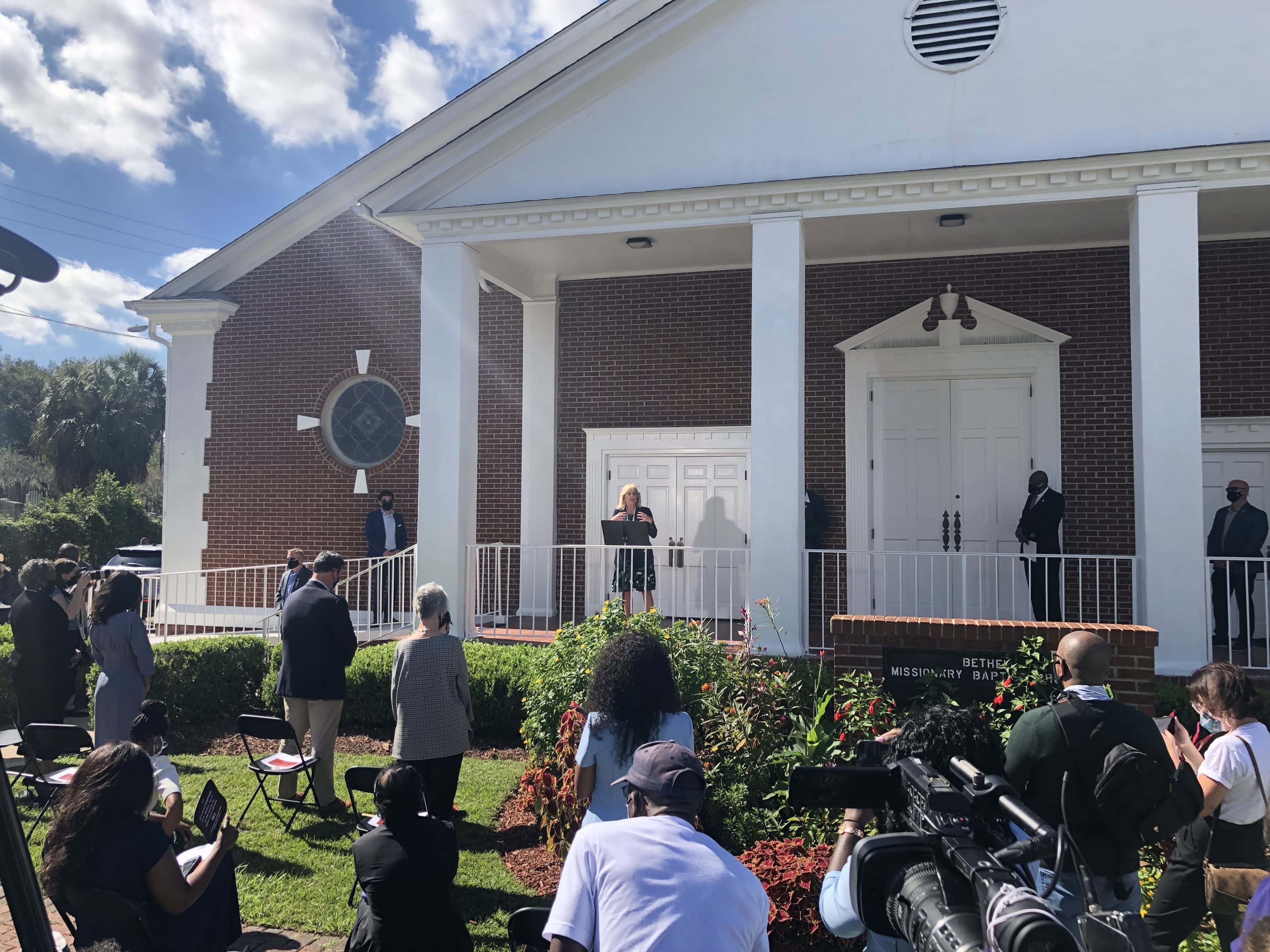 Jill Biden and family members of George Floyd visited Tallahassee on Sunday to rally Black voters to the polls during the final hours of early voting in Florida.

Biden’s appearance was the headline of the capital city’s Souls to the Polls event. Speaking from the steps of Bethel Mission Baptist Church — where civil rights icons Martin Luther King, John Lewis and Charles Kenzie Steele once stood — the former schoolteacher shared her husband’s vision for the nation.

“Joe continues to believe that we are capable of rising to our highest ideals,” she said. “That our best days are ahead of us. His faith is unshakable because it’s in the providence of God. It’s in the boundless potential of our country.”

Biden’s visit comes as Republicans continue to close the distance on Democrats during Florida’s early voting period. As of Sunday, Republicans trailed Democrats in votes cast by less than 95,000.

Notably, Florida is considered a must-win state for President Donald Trump and both candidates have campaigned furiously ahead of Nov. 3.

“If we win here, there is no stopping us,” Biden told the hundreds in attendance. 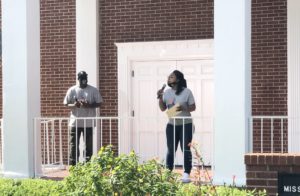 Parishioners and guests also heard from Floyd’s brother and sister, Philonese and Bridgette Floyd. They urged voters to support Joe Biden and said the couple “comforted us for hours … when we were going through our pain.”

In May, George Floyd, a Black man, died after a White Minneapolis police officer knelt on his neck for more than eight minutes. His death renewed calls for police reform and sparked protests across the country.

The attendees later marched from the historic church to Florida State University’s Donald L. Tucker Civic to cast a ballot. Led by a drumline, the group marched their route and chanted “I can’t breathe,” a slogan associated with the Black Lives Matter movement.

Leon County is a blue-leaning district with more than 217,000 registered voters, according to the Leon County Supervisor of Elections. As of Sunday, 127,253 ballots have been cast in the county with slightly over 58% voter turnout.

Notably, over 73,000 Democratic voters have already cast a ballot in the General Election. Republican voters, meanwhile, are just shy of 35,000 ballots.