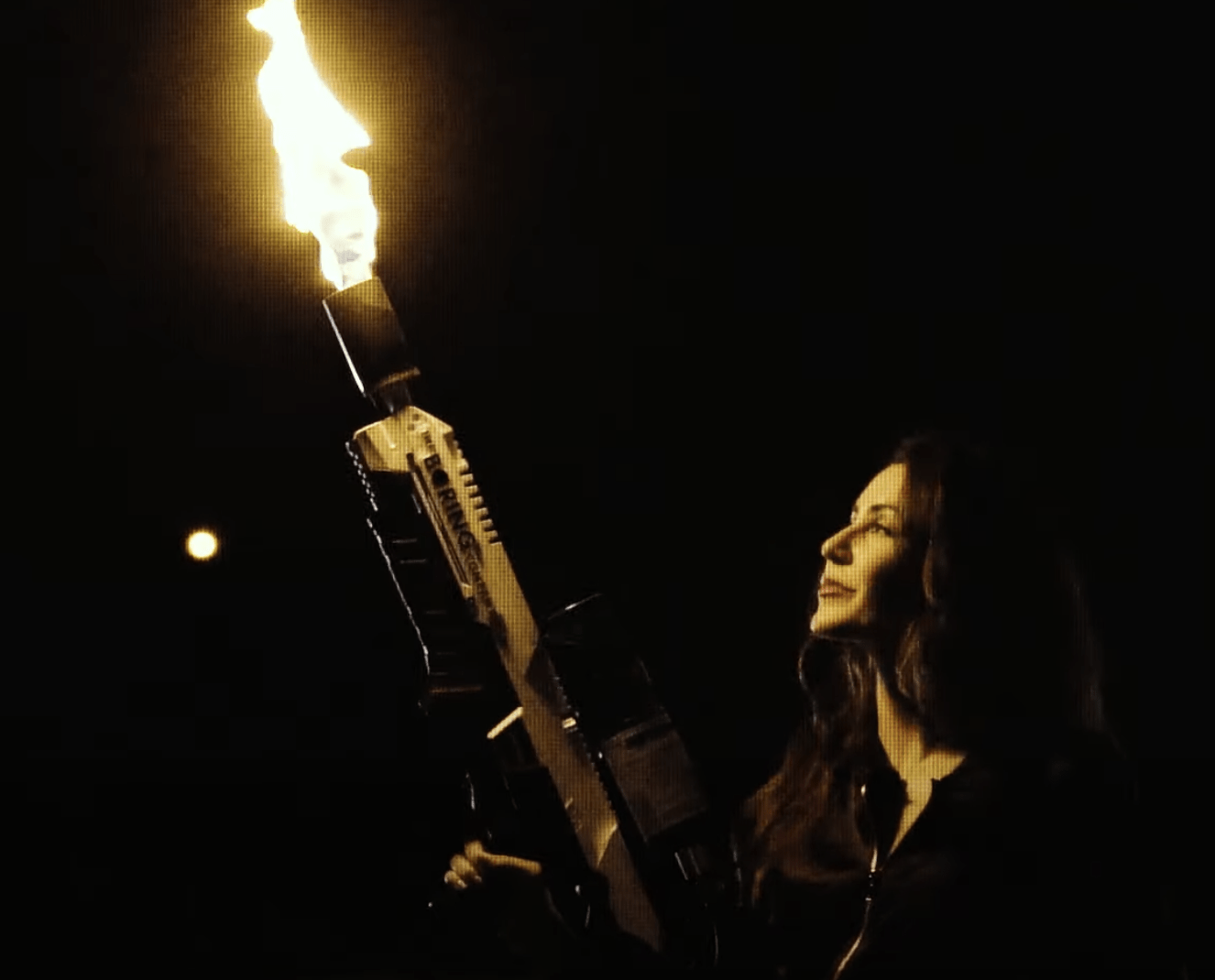 There's a red Camaro, too.

With four days until Election Day, the Republican nominee for Florida’s 13th Congressional District, Anna Paulina Luna, is on the airwaves with a newly released ad from the 2nd-to-None PAC, a national pro-2nd Amendment rights political committee.

And, well, it’s something.

The ad kicks-off with a satirical rating warning, alerting the audience that it is rated “R,” reasoning “Trigger warning: The rights exercised in this video may be disturbing to snowflakes and tyrants.”

In a wrestle-mania like style, the narrator begins the ad by depicting the “armies of the left,” hyperbolically illustrating groups as “Marxists,” “The Ecofreaks,” “The Pink Hats,” “The Wokes” and “The Sore Losers,” nodding to Hillary Clinton’s loss in the 2016 Election.

In between each’s seemingly villainous introduction, footage of burning buildings and protests flash.

“Death to America, burn it to the ground,” a group in the commercial shouts in their “introduction,” wearing all black.

Then, the mood shifts.

In a heroic tone, the narrator announces, “And these are the ‘RedState Warriors’.”

They slip on their leather jackets, garnished with a red “W,” back turned to the camera. Who are they?

Then, a red Camaro with white stripes pulls up. Luna steps out in an action movie-like style, flipping her perfectly kept hair as she exits the vehicle.

She pulls a gun with an American flag paint job out of the trunk, straps it to her back. But that’s not all. She has a flamethrower, too. And she’s using it.

Shots of Luna with the flamethrower continue in the montage, while the Republican candidate has a dialogue with the narrator.

Luna cuts him off. “Hold up, it’s LatinA, announcer dude.” “Sorry,” the announcer responds, and continues her introduction.

The features more notable moments, including Harshbarger sleuthing around carrying a gun, stealthy walking in a laser-tag like fashion. The narrator says “Grandmother, pharmacist, with a prescription for a freer, better America.”

The ad introduces Lash, the last candidate featured, with a bang — literally. She stands atop a tank, flamethrower in hand, letting out flames so big it may give gender-reveal party fires a run for their money.

The narrator coins her as a “general practitioner of badassery.”

As the ad concludes, the “RedState Warriors” come together.

“And though they’re from different states, they’re all from a place called sanity…Between them and a better America stands ‘Fake News,’ the Washington establishment and thousands of their sworn enemies.”

The ad has a clear message — besides women, guns and fires — it is urging voters to choose between the two hyperbolic Americas it illustrates, targeting voters as Election Day nears.

It’s asking voters to go out and vote for the featured congressional candidates, but it also militarizes politicians, a technique that may be hinting at the ever-growing tense political atmosphere in America.

As for Luna’s race, incumbent Democrat Charlie Crist maintains a 17-point lead over the GOP nominee. That’s a one-point improvement from a previous poll in late August that found the Democratic incumbent leading by 16 points.

previousWinner and Loser of the Week in Florida politics — Week of Oct. 25, 2020