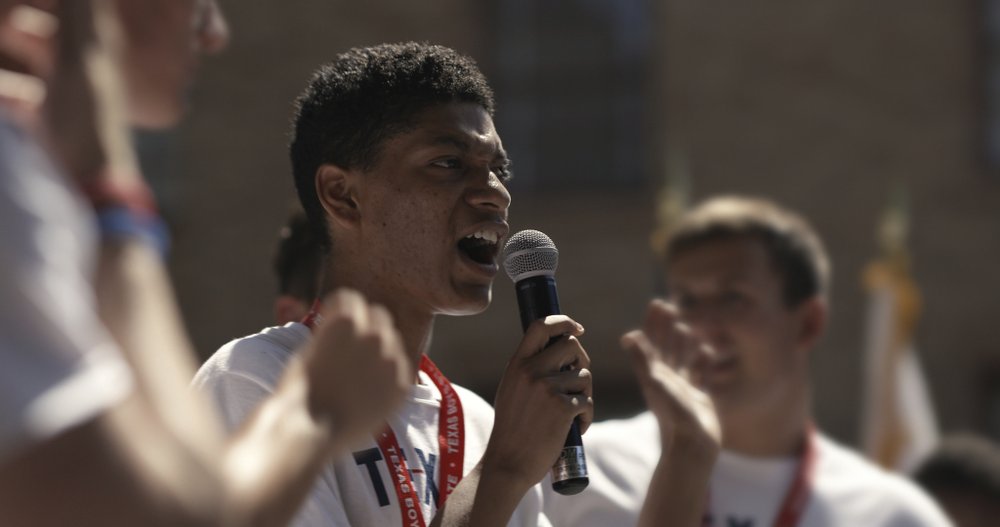 The election has unleashed an avalanche of documentaries like no season before it.

Dozens of films, exploring issues from gerrymandering to white supremacists, have sought to illuminate the many issues and trends voters are confronting at the polls on Tuesday. In a presidential election of enormous stakes, filmmakers have rushed to finish their films before Election Day, to try to inform, sway and entertain the electorate.

A sense of urgency, in particular, drives many of the films which have streamed, aired on TV and played in theaters in the weeks ahead of Nov. 2. The woeful state of movie theaters due to the pandemic hasn’t enabled a box-office breakout like Michael Moore’s 2004 election-year documentary “Fahrenheit 9/11,” but the sheer deluge of docs this year has put politics at the top of countless streaming-service queues.

Here’s a rundown of highlights from an election-year documentary landside.

— “All In: The Fight for Democracy”: Liz Garbus and Lisa Cortés’ film details the contested election of Georgia’s governor in 2018, with potentially relevant lessons about voter suppression for 2020. Stacey Abrams, the Democratic candidate and a producer of “All In,” relates her experience in her razor-thin loss to Brian Kemp, a Republican, who as Georgia’s secretary of state had a pivotal role overseeing the election. (Kemp, who won by 50,000 votes, put more than 53,000 voter registrations, most of them from minorities, on hold ahead of voting.) “All In” uses Abrams as an entry point for a larger history of disenfranchisement in America. (On Amazon Prime)

— “Agents of Chaos”: Alex Gibney’s two-part HBO documentary returns to the 2016 election of Donald Trump to investigate claims of Russian interference. Gibney struggles to come to firm conclusions on Trump’s alleged collusion or how much of an effect Russian trolls had. But he makes a powerful argument that Russian’s meddling in American democracy is undeniable and remains cause for alarm. The prolific Gibney also this month released “Totally Under Control” (Hulu), a highly critical portrait of the White House’s management of the pandemic.

— “537 Votes”: Like several of this fall’s documentaries, the lesson of Billy Corben’s “537 Votes” is clear: Vote. The “Cocaine Cowboys” filmmaker’s HBO movie returns to Florida 2000 to chronicle the divergent paths of strategy employed by high-minded, outfoxed Democrats and more rough-and-tumble, win-at-all-costs Republicans in the historic recount between George W. Bush and Al Gore. The film, produced by Adam McKay, throbs with a Miami beat, outlining the crucial context of the Elián González saga on the all-important Cuban-American vote in Florida. “537 Votes” is a reminder of how much your vote can matter, and how politized counting it can get.

— “Kill Chain: The Cyber War on America’s Elections”: Simon Ardizzone, Russell Michaels and Sarah Teale’s documentary may lead all others in its ability to keep you up at night. The HBO film, relying on cyber-security experts and experienced hackers, details how hackable U.S. voting technology really is. One interviewed hacker describes how he broke into Alaska’s 2016 election system just to see if he could. Another, an election-security expert named Harri Hursti, tracks down supposedly unbreachable voting machines to tinker with their vulnerabilities. He finds a widely used model on eBay, on sale for about $80 each.

— “Slay the Dragon”: In a voting landscape where district maps take strange, misshapen forms, “Slay the Dragon” is expert at reading between the lines. Barak Goodman and Chris Durrance’s film is about gerrymandering, the partisan drawing up of districts to make more elections virtually uncontested. “Slay the Dragon,” streaming on Hulu, clearly explains the often-complicated manipulations of districts. But it does more than that, tracing how redrawn electoral maps have affected things as disparate as the Flint Water crisis and the election of Trump. Most of all, it shows how gerrymandering has helped fuel our heated politics, removing incentive for compromise.

— “The Fight”: The American Civil Liberties Union, which has filed 20 lawsuits this year over voting by mail and more than 400 legal actions against the Trump administration, figures to play a role in any legal challenges in a disputed tally. In “The Fight,” streaming on Hulu, documents the ACLU in its battles against the Trump administration, giving an intimate look at the attorneys on the front lines in cases including LGBTQ rights, immigrant rights and reproductive rights. Elyse Steinberg, Josh Kriegman and Eli Despress, the makers of the excruciatingly entertaining Anthony Weiner doc “Weiner,” captures a legal bulwark in motion, trailing both how cases are built and how their crusading lawyers keep up with the frantic pace.

— “Not Done: Women Remaking America”: Sara Wolitzky’s documentary, which premiered Tuesday on PBS, looks back on the last few years of the women’s movement, starting with the Women’s March the day after the inauguration of Trump — still the largest demonstration in American history. With interviews including Gloria Steinem, #MeToo founder Tarana Burke, Shonda Rhimes and Time’s Up co-founder Tina Tchen, “Not Done” surveys four turbulent years in an expansive women’s movement that kicked off #MeToo and Black Lives Matter, and is sure to dramatically affect the election.

— “Boys State”: How are younger generations processing the politics they’ve been raised in? Jesse Moss and Amanda McBaine’s wildly entertaining documentary, a prize-winner at Sundance now streaming on Apple TV+, answers that question by filming the Boys State camp in Texas, where some 1,100 17- and 18-year-old boys annually gather to create a mock government with two parties, established platforms and fast-moving campaigns. It’s a microcosm of American politics, where some teenagers have gleaned dirty tricks from today’s Washington and others believe idealistically in change.