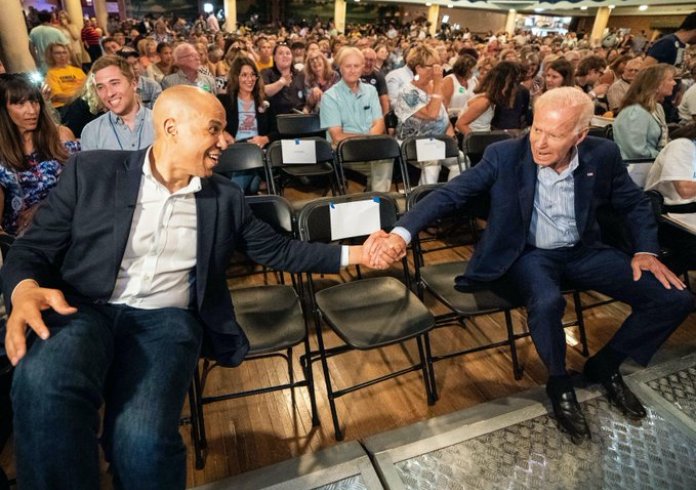 The Halloween trip will coincide with a visit from Eric Trump.

No trick-or-treating for Cory Booker this year.

The New Jersey Senator will spend his Halloween rallying voters across Florida to support Joe Biden and Kamala Harris on Election Day.

Booker will rally in Gainesville at 11 a.m., Palatka at 1 p.m. and Jacksonville at 3:45, a news release said. Notably, Booker’s trip will coincide with Eric Trump‘s Halloween visit to Jacksonville and Longwood.

With only four days before Election Day, the increasing political presence in Florida exemplifies the Sunshine State’s importance on Election Day.

FiveThirtyEight, on the other hand, gives Biden a 66% chance to win the state. Their model expects a 2.1-point advantage for the former Vice President when the votes are tallied.

This month alone, President Donald Trump has already hosted rallies in Sanford, Ocala, The Villages, Pensacola and Tampa. He also plans to host an 11th-hour rally in Miami on Sunday.

The President is slated for an 11:30 p.m. night rally at Miami-Opa Locka Executive Airport

The Democratic ticket, meanwhile, has also stayed busy in the Sunshine State. Biden and former President Barack Obama have held several Florida rallies within the week.

Looking forward, Harris is expected to swing through South Florida on Saturday and the former Vice President’s wife, Jill Biden, is expected in Tallahassee on Sunday, the Tallahassee Democrat reported.

There, the newspaper said Biden will be joined by civil rights attorney Ben Crump and the family of George Floyd, a Black Minneapolis man who died in May while in police custody. Floyd’s death sparked national outrage and renewed calls for police reform.

The group will participate in a Souls to the Polls event at Bethel Missionary Baptist Church.

Booker, a rising star in Democratic politics, dropped out of the 2020 presidential race in January.

He is now up for re-election to his Senate seat.