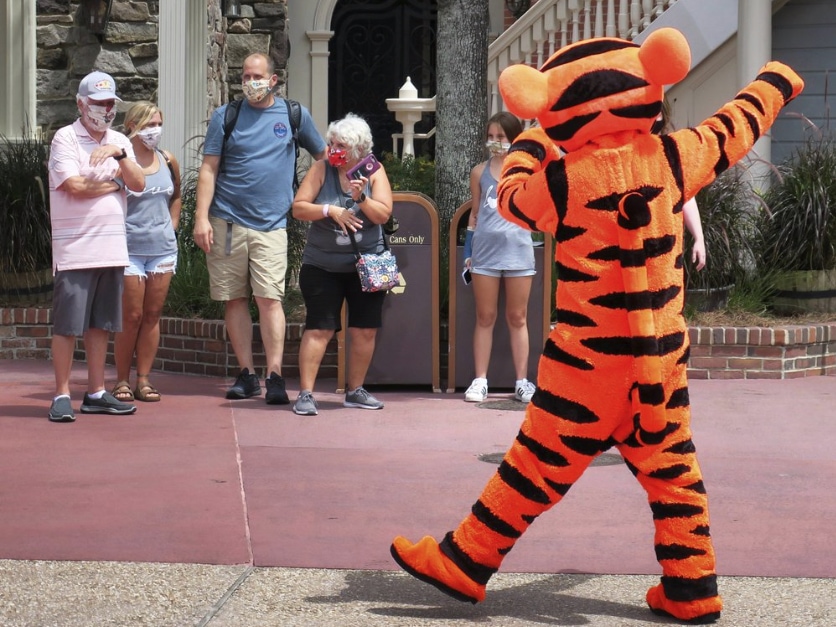 Notices on top of 720 sent to Disney World actors and singers.

Walt Disney World says it plans to lay off more than 11,000 unionized workers because of the new coronavirus, bringing the total number of pandemic-related job casualties at the Florida resort to almost 18,000 positions.

Disney World said in a letter to state and local leaders Thursday that the 11,350 union workers — mostly part-timers — will be laid off at the end of the year. Company officials previously had said that another 6,400 nonunion Disney employees in Florida would lose their jobs.

Earlier this week, 720 Disney World actors and singers were laid off since many of the live entertainment shows at the Florida resort have gone dark, according Actors’ Equity Association, the labor union representing the performers.

The layoffs are part of a decision by The Walt Disney Co. last month to eliminate 28,000 positions in its parks division in California and Florida because of the pandemic.

Disney’s parks closed last spring as the coronavirus began spreading in the U.S. The Florida parks reopened this summer with restrictions on how many people could be in the parks at any given time and new requirements for social distancing and mask-wearing. The California parks have yet to reopen because of restrictions by the state of California.

Disney officials originally had wanted to eliminate another 5,200 full-time workers at the Florida resort, but after negotiations with the Service Trades Council Union, the company agreed to let those workers transfer to other positions.

As of Friday, almost 4,200 Disney World workers had agreed to the job transfers, and almost 1,000 workers had decided to accept a layoff or they hadn’t yet agreed to be transferred, said Eric Clinton, president of Unite Here! Local 362, one of the unions in the Service Trades Council Union.

With many of Disney World’s hotels still closed to the public, many of those transfers involved hotel workers moving to positions in the parks.

previousWho is voting? Who is winning? Early vote only offers clues