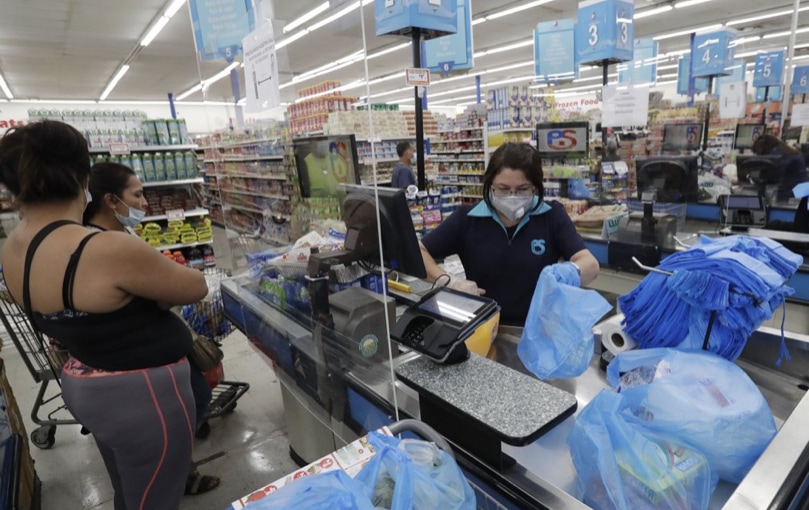 The battle for Amendment 2.

Joseph Gourgue wishes he could help out his children and grandchildren financially, but his $9 an hour wage as a wheelchair attendant at Orlando International Airport doesn’t let him.

Gourgue, 61, is hoping a gradual increase in Florida’s minimum wage paves the way for him to be able to help his children pay for weddings or buy gifts for his two grandchildren. Florida voters this election cycle are deciding whether to raise the state’s minimum wage to $15 an hour over the next six years.

“I would save up money. I want to be able to help out my grandkids before I go,” Gourgue said. “I can put the money back into the economy.”

Business groups are vehemently opposed to the proposal known as Amendment 2, saying businesses can’t afford the wage increases, especially as tourism-dependent Florida recovers from the effects of the new coronavirus.

The Florida Restaurant & Lodging Association says it will cost Florida an estimated 158,000 jobs across the state.

“Unfortunately, it’s going to hurt the people they say they want to help,” Parrish said. “This really penalizes low skill people, and that is exactly what will happen if this thing passes.”

But the Florida Policy Institute estimates that as many as 2.5 million workers — a quarter of Florida’s labor force — would see their wages increase if the amendment passes, especially in the food service, lodging and retail industries.

The minimum wage increase “would bring individuals and couples without children and smaller families to a living wage, while lifting struggling working families closer to a sustainable income,” the Orlando-based public policy research group wrote in a recent paper.

Like all amendments to the Florida Constitution, Amendment 2 must be approved by 60% of voters. Florida voters also are considering five other amendments that range from changing the state’s primary elections to expanding the tax benefits to homeowners.

The effort to get Amendment 2 on the ballot was initiated by Orlando attorney John Morgan, the Orlando lawyer who is a big fundraiser in Democratic circles. “Income inequality is the issue of our day,” Morgan tweeted recently.

If the amendment is approved, Florida’s minimum wage would increase on a gradual basis over the next six years for nontipped workers. Under the plan, starting next year, it would go up to $10 an hour, followed by a $1 per hour increase each year, until it reached $15 an hour in 2026. Future increases would then return to being adjusted for inflation starting in 2027.

For tipped workers, employers would have to make sure that their workers’ tips combined with the current tipped minimum wage of $5.54 an hour met or exceeded the new minimum wage.

The last time Florida residents voted to approve a minimum wage increase was in 2005, when they raised it from $5.15 to $6.15 an hour.

If voters approve Amendment 2, Florida will be joining a wave of states that have recently increased their minimum wages, including 22 states last year. The federal minimum wage of $7.25 an hour hasn’t increased since 2009.

A study last year by Massachusetts Institute of Technology researcher and two researchers at the Federal Reserve Bank of Boston said that both prices and spending increase modestly following increases in minimum wages. It reduced debt in households with low credit scores and increased access to credit, but it also was associated with higher auto debt, the researchers said.

Economist Cristian Alonso, now with the International Monetary Fund, said in a paper four years ago that a 10% increase in the minimum wage increases sales by 1.1%. The Congressional Budget Office said in a study last year that raising the federal minimum wage to $15 an hour by 2025 would directly boost the wages of 17 million workers and indirectly increase wages for another 10 million workers, but it would also cost 1.3 million jobs, as a median estimate.

Having workers earn a good wage makes them more productive and willing to stay, especially in an industry like the restaurant business, which has high turnover, said Diego Tosoni, a Miami restauranteur who supports Amendment 2.

Tosoni, who with his partner owns two Love Life Café locations in Miami and is planning a new one in Orlando, already pays his workers close to what the minimum wage would be in 2026 if the amendment passes. Starting salary for dishwasher is $11 an hour but with shared tips, that can get up to $14 an hour.

“It’s important to have our staff happy and productive,” Tosoni said.