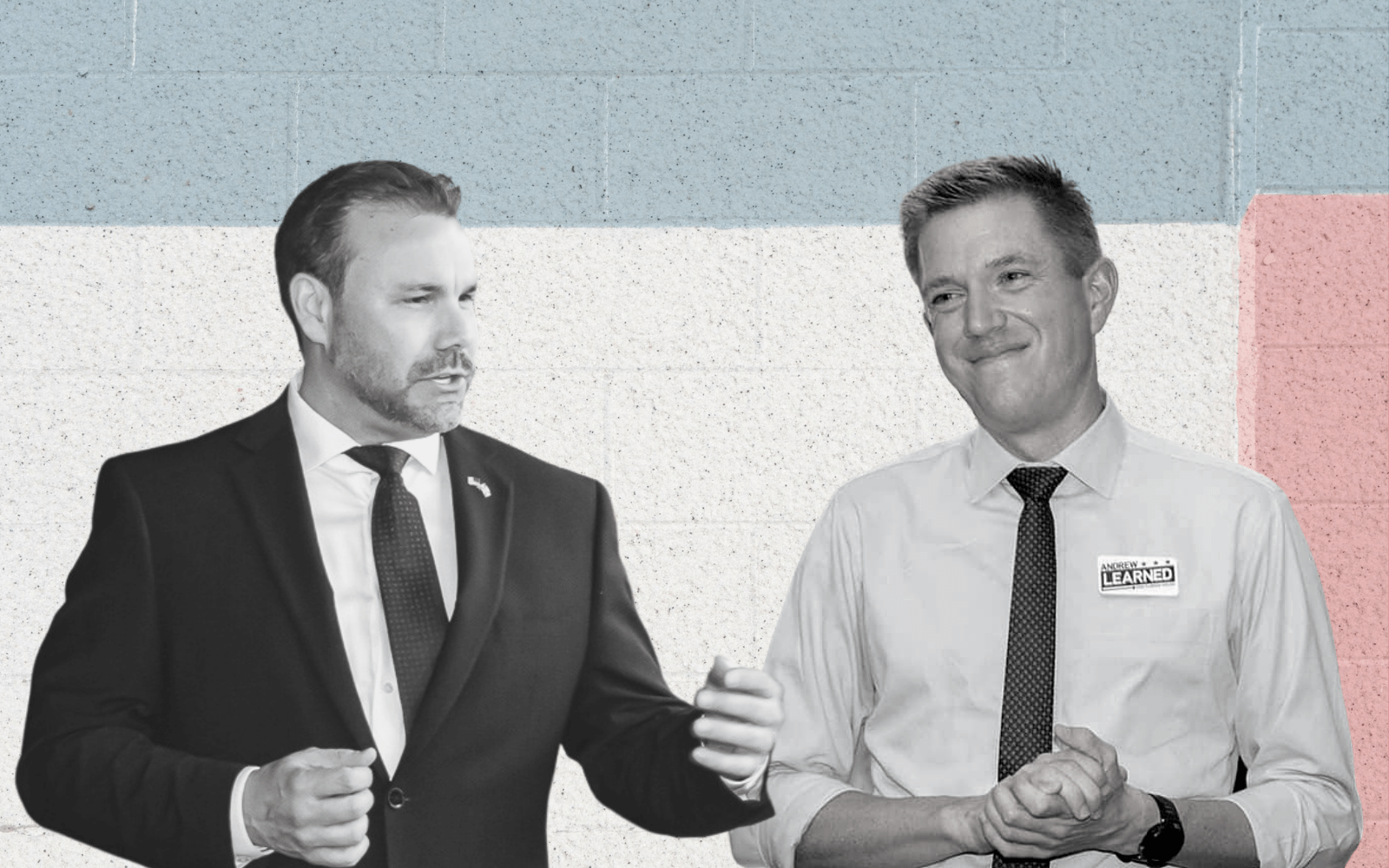 The GOP hoped to reclaim the seat after Rep. Adam Hattersley opted not to run.

Democrats will hold onto Florida House District 59 after a fierce battle in an open race.

Andrew Learned earned 51% of the vote to Republican Michale Owen‘s 49% with all 47 precincts in Hillsborough County, which entirely encompasses the district, reporting.

We did it!!! Thank you #FL59 for believing in me! Now the real work begins. 🇺🇲🇺🇲🇺🇲 pic.twitter.com/SfK9d9lWVo

Learned also posted a thank you to supporters on his campaign Facebook page.

“We’ve got a lot to do in Tallahassee tuning our state around, and we’re going to start that tomorrow morning, but first we’re going to celebrate,” Learned said.

He said Owen was the first to congratulate him on election night on his victory.

Both candidates had crossover appeal in the Hillsborough seat that swung to Democrats just two years ago.

The district is currently represented by Democratic Rep. Adam Hattersly, who vacated it to take on Republican U.S. Rep. Ross Spano, who he replaced in HD 59 in 2018. Hattersly subsequently lost the Democratic primary to Alan Cohn.

Republicans saw 2020 as an excellent opportunity to get the seat back, while Democrats thought they had a solid chance of hanging onto it, given their candidate and the current political climate.

HD 59’s boundaries encompass Hillsborough suburbs like Valrico, Brandon, Palm River and Riverview. You’d think this would make for a party registration split that puts Republicans at a solid advantage. To the contrary, there are 45,721 registered Democrats in the district, whereas there are 39,582 Republicans. And that chasm appears to be growing. The rub, of course, is that there are more than 36,116 NPAs and many more third-party and independent voters in the district.

Donald Trump won the district by about a point in 2016, and Biden is was polling about four points ahead among voters there.

Both candidates are relatively young professionals.

A Navy veteran who owns a small business, Learned campaigned on what he sees as the state’s “inept” handling of COVID-19 as a key reason for his run. This was his second run for office. In 2018, he lost a bruiser of a primary for Florida’s 15th Congressional District seat to Kristen Carlson.

Owen is a small business lawyer, who lists investing in infrastructure and public safety among his top priorities as a legislator. During his primary, he saw support from the likes of the anti-choice Florida Right to Life PAC. He won his party’s nomination after an expensive primary against Danny Kushmer.

Learned had the edge in fundraising, bringing in $350,503 in his bid for the seat.

Going into Election Day, polls showed a virtually air-tight race. A recent St. Pete Polls survey of voters in the district had Learned ahead, but only by about 2 points: 44% to Owen’s 42%. The poll had a 5% margin of error and 14% of voters were still undecided and it suggests more Democrats may have crossed party lines to vote for Owen than vice versa.

“I want to congratulate Andrew Learned on his victory tonight. I hope my supporters will join me in support for our newly elected representative for district 59,” Owen wrote on Facebook. “God knew the results of this election when I filed. It would take me all night to thank everyone who came with me on this journey. I have met so many amazing people and have learned a lot. I learned a lot about what is important to our district, and I learned a lot about myself. My heart is completely full, and I will continue to be here for our community.”
Post Views: 1,191

nextSunburn — The morning read of what’s hot in Florida politics — 11.4.20