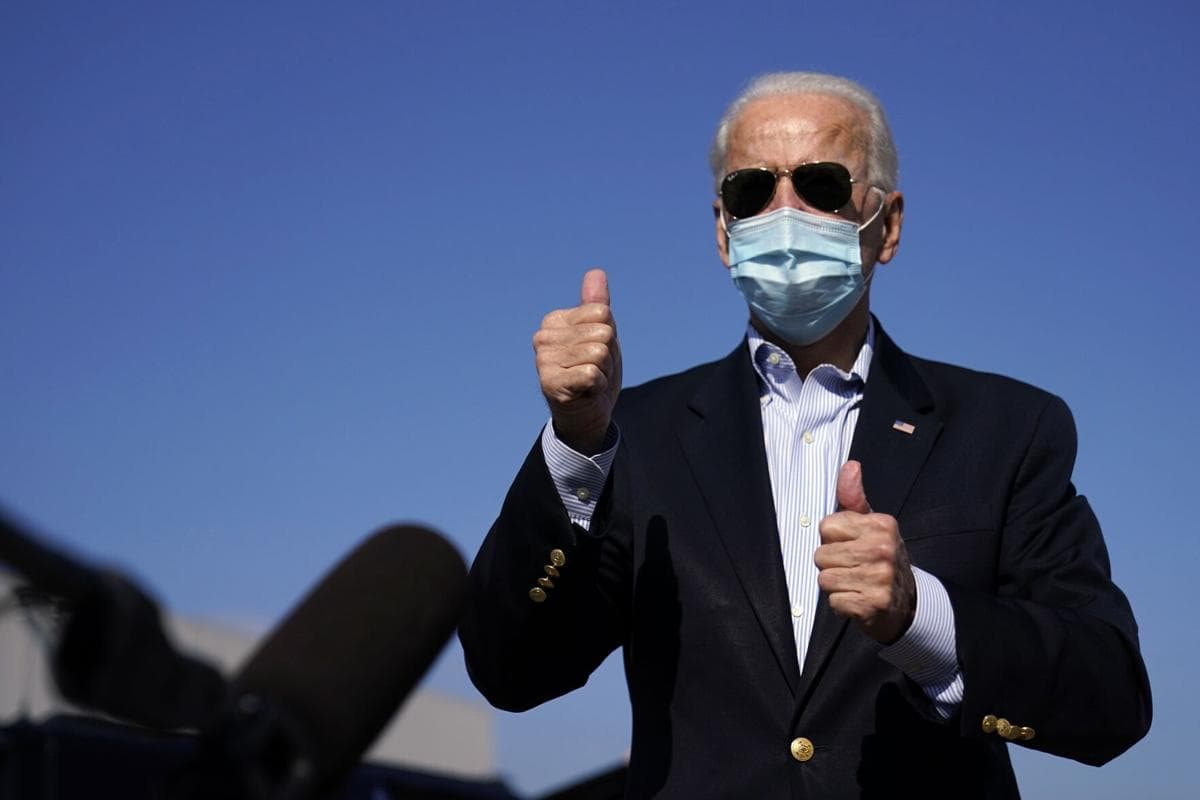 It’s not about fixing the problem.

The thrust of Joe Biden’s campaign has aimed — fundamentally — at one thing: demoralization.

This is, fundamentally, a turnout election and Biden believes his base can carry him through to victory as long as he can get everyone else to give up hope, tune out, and stay home. Given the Democratic nominee’s general inability or unwillingness to campaign, it’s going to take an awful lot of demoralization.

How better to explain Biden’s relentless, morbid fascination with the coronavirus pandemic, almost to the exclusion of all other issues?

Mind you, it’s not a focus with any intent to improve. Biden uses COVID to launch attacks on the President, but never suggests anything of substance that he would have done differently to stop its spread. Virtually everything Biden constantly accuses the President of not doing was done, on a massive scale — in many cases, long before Biden and his “experts” even thought of it.

The only times it has come down to concrete action on combating this global scourge, Biden and the Democrats were on the wrong side. When President Donald Trump closed the borders to China, at a time when many “experts” disagreed with the move, Biden considered that “hysterical xenophobia.” Now he thinks Trump didn’t do it soon enough.

It’s not about fixing the problem. It’s about demoralizing the American people. That’s why Biden doesn’t like talking about vaccines and treatments — or anything, for that matter, that could actually help us get our country back to normal again. It’s all about keeping schools closed, keeping people locked in their homes, shutting businesses back down, obsessing over mask-wearing in situations where it obviously has no benefit whatsoever  — in short, perpetuating a nightmarish her situation without any conceivable endpoint.

Just be grateful that you live in Florida, and not in a state where Biden’s Democrat allies can use the power of the government to back up this effort by making your life miserable.

Here, under Gov. Ron DeSantis’ leadership, we are starting to rebuild our lives and get our children out of the house to grow up like human beings. That, contrary to what demoralizers would have you think, is what “the science” suggests is both safe and reasonable. Our businesses are getting on with business, doing what they need to do to survive and getting Floridians back to work.

All the while, Florida has had a case growth rate of under 1% for more than a month and a half, and a cumulative deaths per capita rate dramatically lower than that of New York, which continues to endure draconian restrictions imposed by Biden’s ally, Gov. Andrew Cuomo.

That’s the kind of hopeful, useful information someone interested in actually improving the situation should focus on: how do we fix it and get on with our lives. Those are the questions Trump has been asking from the very beginning.

That isn’t Biden’s approach, though. Biden’s message is kids out of school, masks on your face, and businesses under lock and key indefinitely. And that message has a very clear purpose: to make you give up hope and convince you to stay home Nov. 3.

Mike Huckabee was the 44th Governor of Arkansas and a 2016 Republican candidate for President. He is currently the host of “Huckabee” on TBN. He is also a resident of Florida.

next2020 watch: Will loser of the election accept the result?