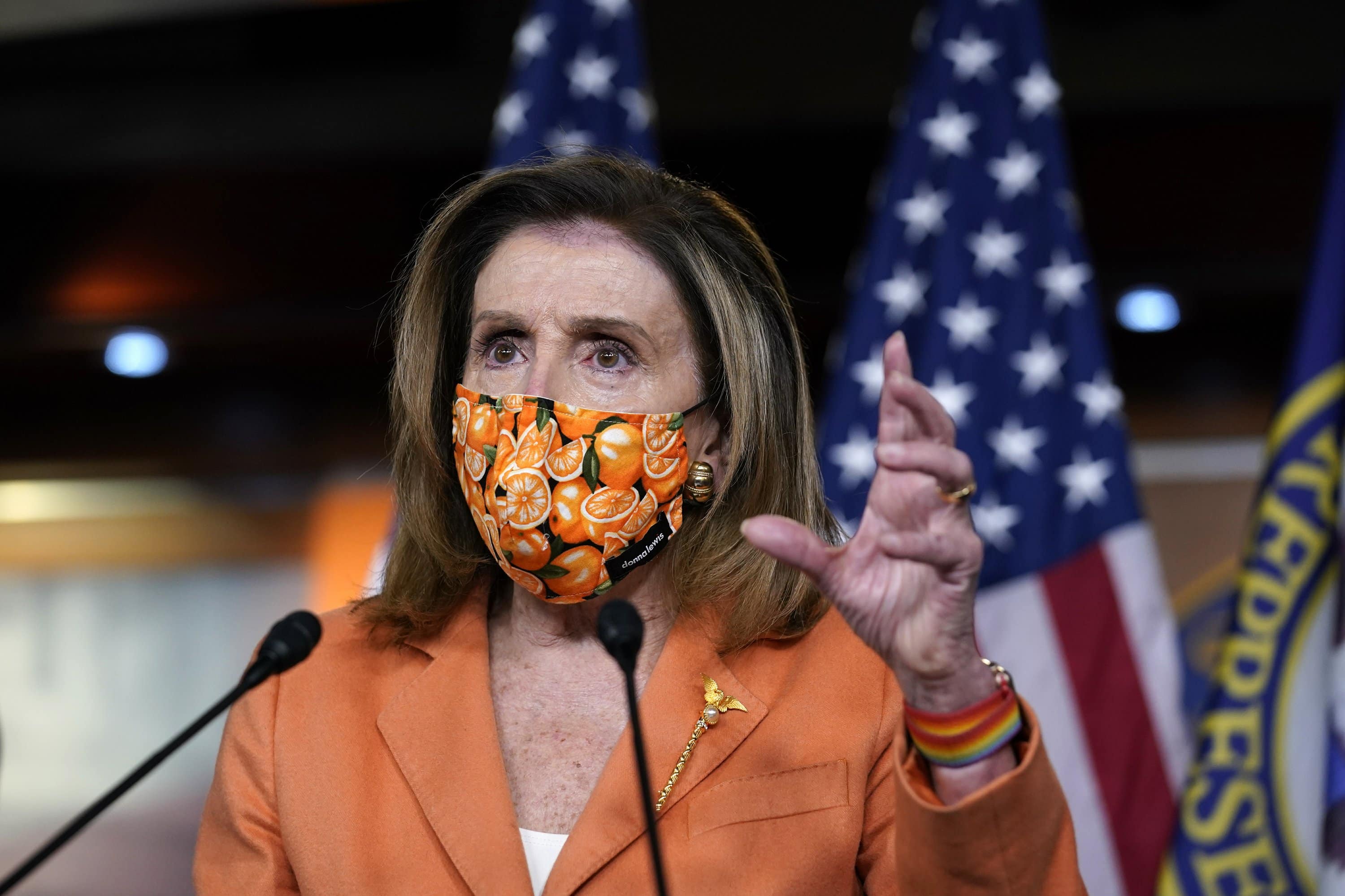 Democrats pushed to seal control of the House for two more years Tuesday as they banked on their health care focus, dominant fundraising and broad suburban indignation with President Donald Trump to make their majority in the chamber even larger.

Republicans were hoping to oust some of the 29 Democrats in districts Trump won in 2016, mostly freshmen, in places like Iowa, Oklahoma City, Salt Lake City, rural New Mexico, upstate New York and Virginia.

But nearly all Democratic incumbents in potentially vulnerable districts were outspending their GOP challengers, often by vast margins. Democrats were also aiming millions at Republican-held seats from areas around Atlanta, Cincinnati, Dallas, Houston and Indianapolis, and even GOP strongholds like Little Rock, Arkansas, western Colorado and Alaska.

Both parties’ operatives agreed that the GOP was mostly playing defense and would be fortunate to limit Democratic gains to a modest single digits. Democrats control the House 232-197, with five open seats and one independent. It takes 218 seats to control the chamber.

“The president’s numbers have fallen off a bit in districts he won by double-digits, he’s not performing at that level in some places, and that’s creating a bit of a down-ballot drag,” said GOP strategist Liesl Hickey.

Should Democrat Joe Biden defeat Trump and Democrats win the Senate majority, the party would fully control the White House and Congress for only the second time since 1995. They last held the presidency, Senate and House in 2009 and 2010, the first two years of Barack Obama’s presidency.

A larger Democratic majority would make it easier for House Speaker Nancy Pelosi to pass party priorities that include expanding health care coverage and creating jobs with new infrastructure projects. After a two-year run as one of her party’s most effective counterpoints to Trump, the 80-year-old Pelosi is all but certain to serve two more years running the House.

A handful of outspoken progressives from safe Democratic districts in New York and elsewhere are assured of winning their elections, making showdowns likely about how aggressively to pursue a liberal agenda. Even so, moderates seem certain to outnumber the progressives.

For Republicans, a failure to move significantly toward retaking the House — let alone losing seats — would trigger a reckoning about why they remain trapped in the chamber’s minority. A major question would be how to regain suburban voters who have fled the GOP in droves, largely in reaction to Trump’s embrace of racially insensitive appeals, frequent reliance on falsehoods and policies on immigration and social justice that many moderates view as harsh.

As in 2018 when they grabbed House control, Democratic ads emphasized pledges to make health care more accessible, preserve coverage for pre-existing conditions and shield voters from Republicans out to terminate those requirements. Many Republicans say they want to dismantle Obama’s health care law while retaining its coverage for pre-existing conditions, but they’ve not presented a detailed proposal for doing that.

The coronavirus pandemic, which has killed over 230,000 Americans and is worsening in nearly every state, has only amplified Democrats’ focus on health care. Trump’s repeated false statements downplaying the virus’ severity have also given Democrats political fodder.

“This has pushed the fight to the health care battlefield, and that’s a great place for us,” said Democratic consultant Ian Russell.

Another GOP disadvantage was that far more of their incumbents are already leaving Congress. Republicans were defending 35 open seats of lawmakers who didn’t seek reelection, resigned or lost party primaries. There were just 13 Democratic-held vacant seats caused by departures, including one death — Georgia Rep. John Lewis, the civil rights hero.

Unfortunately for the GOP, the money wasn’t evenly distributed.

“It continues to be a challenging environment for the House,” said Republican strategist Corry Bliss, citing “a green tsunami” of Democratic campaign cash.

All 29 House Democrats in districts that Trump carried in 2016 outraised their GOP challengers, according to an Associated Press analysis of Federal Election Commission reports covering campaign finance through mid-October. In 19 of those races, the Democrats’ edge was 2-1 or more.

The imbalance was nearly as stark among the 42 Democrats who party leaders dubbed “Frontliners” because they seemed vulnerable, qualifying them for extra campaign help. Of that group, 40 amassed more money than their Republican opponent, including 26 who stockpiled at least double their amount.

In contrast, of the 53 Democratic seats that Republican leaders named as takeover targets, Democrats raised more money in 49 races.

Democrats even had an advantage, though less so, among the 37 GOP-held seats they picked as offensive targets. Though most of these seats are held by Republican incumbents, Democratic challengers outraised their GOP rivals in 21 races.

Looking to offset the imbalance, outside GOP groups like the National Republican Congressional Committee and the Congressional Leadership Fund poured millions into tight races in New York, Texas, Georgia, California, Florida and elsewhere.

But Democratic counterparts like Bustos’ group and the House Majority PAC responded in kind, often leaving such spending closely matched.

Should Democrats retain the House majority, it would mark only the second time in a quarter century that they’ve controlled the chamber for two consecutive two-year Congresses. The first period ran from 2007 through 2010, Pelosi’s initial run as speaker.

nextTrulieve sets up shop in Brandon