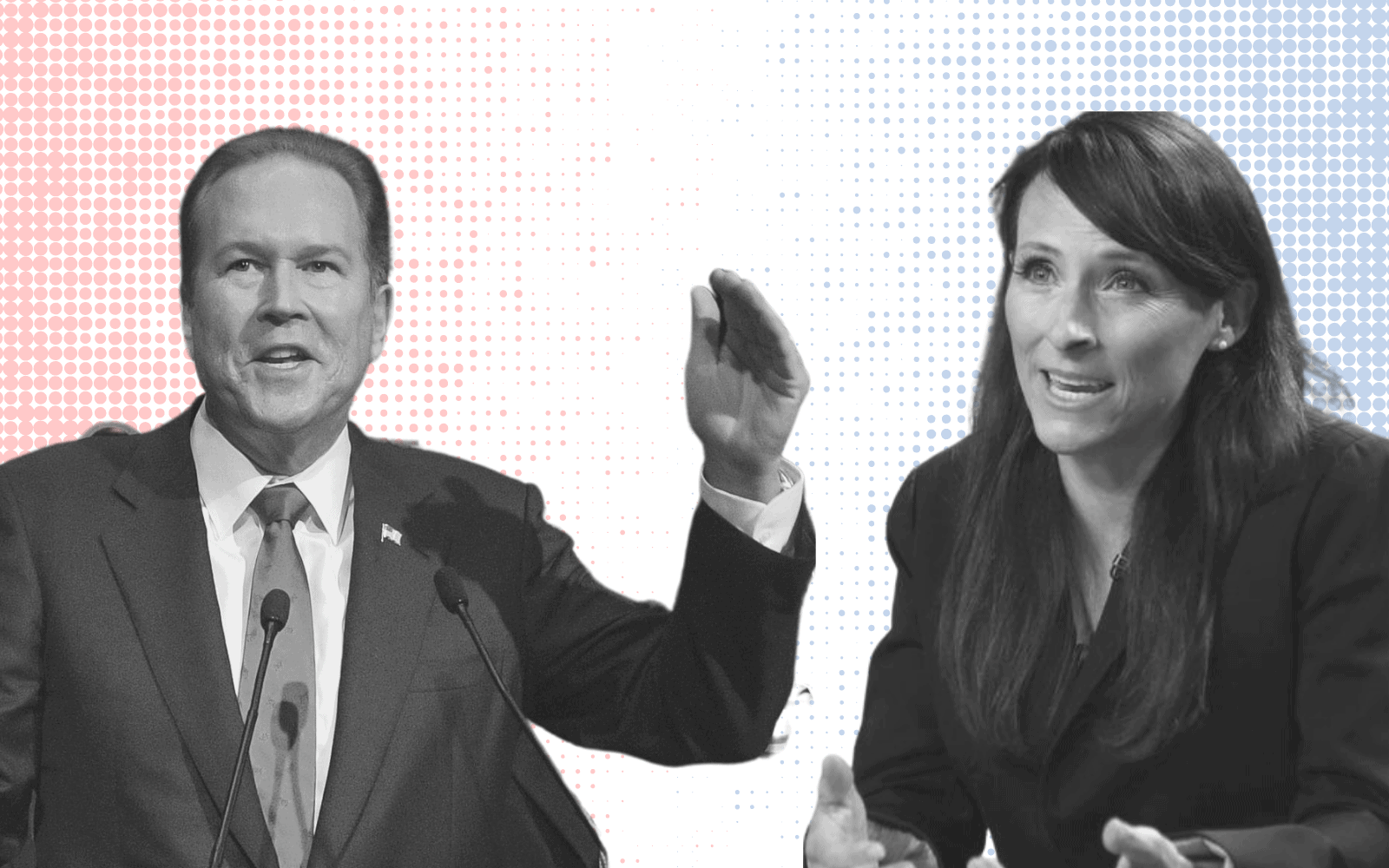 Once again, the incumbent battled back a DCCC-backed candidate.

Rep. Vern Buchanan won reelection to an eighth term after a costly and sometimes caustic battle with Democrat Margaret Good.

In the end, he ended up with more than an 11-percentage-point margin of victory. That’s a greater margin than he enjoyed over his last opponent and a sign Buchanan has grown increasingly popular despite efforts by national Democrats to paint him in a negative light.

To be sure, Buchanan headed into Tuesday with a number of data points on his side. As of book closing for the Nov. 3 election, Florida’s 16th Congressional District had 47,726 more registered Republicans than Democrats. Buchanan two years ago, facing an opponent backed by the Democratic Congressional Campaign Committee, defeated David Shapiro by 10 percentage points. And Donald Trump in 2016 won in his district by 11 percentage points.

Outside of his close 369-vote debut election in 2006, he has always been able to beat back what Democrats threw at him.

Now, he said he’s focused as Florida’s Delegation co-chair on leading the state in a bipartisan fashion on issues like the pandemic. “We have got to get a vaccine,” he said. “That’s something we have to all work on together. We need to be focused on helping small businesses. I’m honored to be the people’s voice as we try and do this.”

Good brought some of her fundraising power to the race in a way unseen by Democrats in the district over the last decade. The Longboat Key Republican, as of Oct. 14, had far more cash on hand, with $608,522 to Good’s $198,730. But the Democrat by that point had outspent him by almost $121,000, and she outraised him if you subtract some $500,000 in loans Buchanan personally made to his campaign.

She came to the race with a backstory that made Democratic donors salivate. Her entry into politics came in 2017 after a state House district in Sarasota opened for a Special Election. Buchanan’s son, James, quickly seemed the heir apparent in House District 72 in a district Republican Alex Miller won in 2018 by 16 points. But Good, a first-time candidate, flipped a Republican-leaning district blue. She beat Buchanan by 7 points in a nationally watched election widely seen as the herald of a blue wave.

That was February 2018. Since then plenty of events dulled the shine of Good’s rising star. For one, she barely held onto her House District the following November, when she held off an underfunded former Republican Representative by just 1,144 votes of more than 81,000 cast.

Her congressional campaign also had a number of missteps, from campaign finance misspending to supportive campaign videos decried by some as racist.

Buchanan has faced new criticism as well, including after businesses connected to the Congressman received $7 million in Paycheck Protection Program loans he voted for in the House. That has provided a fresh attack employed by Democrats in the final months on the campaign.

Good also had a vote in the Legislature come back from the past to haunt her. She ended up casting the only vote in the Florida Legislature against a ban on childlike sex dolls. She said that was a clerical error that occurred after she tried to change a vote on a different bill. Buchanan, meanwhile, has taken the Florida law to Washington where he attempted to in institute a similar prohibition on the sex dolls nationwide.

In the final days of the race, Buchanan has bombarded the airwaves, and as one of the wealthiest members of Congress he had the ability to do more. For the most part, he’s focused on achievements through 14 years in Washington, from securing funding to clean up Ware’s Creek to budgeting research grants for red tide and developing a reputation as a champion for animal rights.

Good has been on the attack, aiming to defeat her second Buchanan in the past three years. Her closing message focused on Buchanan being in Washington far too long and casting votes to deny health care expansion while bailing out his own businesses, while promising herself as someone who would protect Social Security and work to lower health care costs.