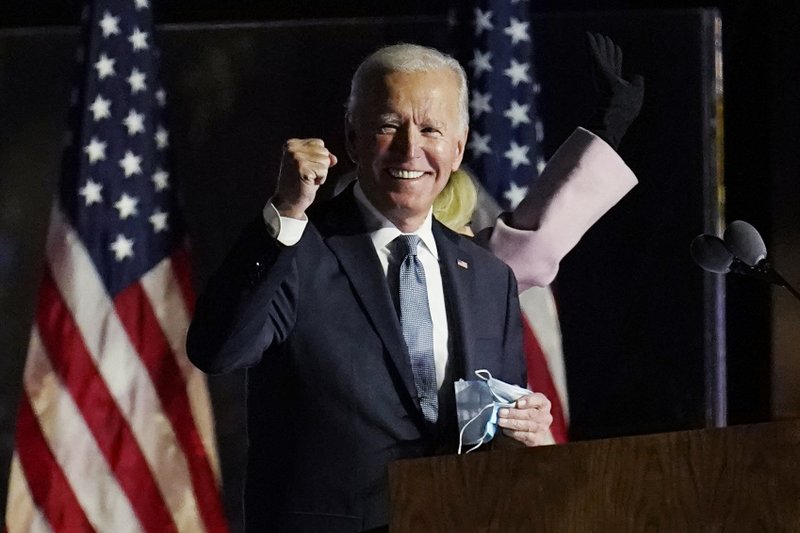 Biden continues his slow march to 270.

Major news networks are calling the state of Michigan and its 16 electoral votes for former Vice President Joe Biden.

Calls have come in from CNN, the Associated Press and NBC.

The call puts the Democrat just outside the finish line in his race to 270 electoral votes needed to win the White House.

With key states already projected in Biden’s column throughout the day Wednesday, Biden has 253 electoral votes to President Donald Trump’s 213. Biden’s number grows to 264 if you include Arizona’s 11 electoral votes, which The Associated Press projects Biden will win.

Over recent hours, news outlets have also called Wisconsin and its 10 electoral votes.

Biden is currently leading by about 93,000 votes in Arizona and less than 8,000 in Nevada. If he holds onto those leads he would have enough electoral votes to declare victory.

There’s still a lot at play though.

Trump has already vowed to file myriad lawsuits asking votes to stop being counted in Pennsylvania because he believes campaign officials have not had appropriate opportunity to observe vote counting.

Biden spoke in Delaware just moments before the Michigan projections where he all but declared victory, saying he was confident in reaching 270, but saying he would not go as far as declaring a win.

Biden teased that such a declaration could come later Wednesday night or Thursday.

Votes are still being counted in Georgia where Biden’s deficit has been waning throughout the day. Trump currently holds a nearly 68,000 vote lead. However, remaining votes left to be tallied are mostly in liberal suburbs and exurbs of Atlanta, showing Biden still has room to close the gap.

The similar is true in Pennsylvania where the President leads Biden by more than 319,000 votes with an estimated 1 million or more votes left to count, many in the liberal areas surrounding Philadelphia.

North Carolina and Alaska have also yet to be called, though both are expected to go Trump’s way.