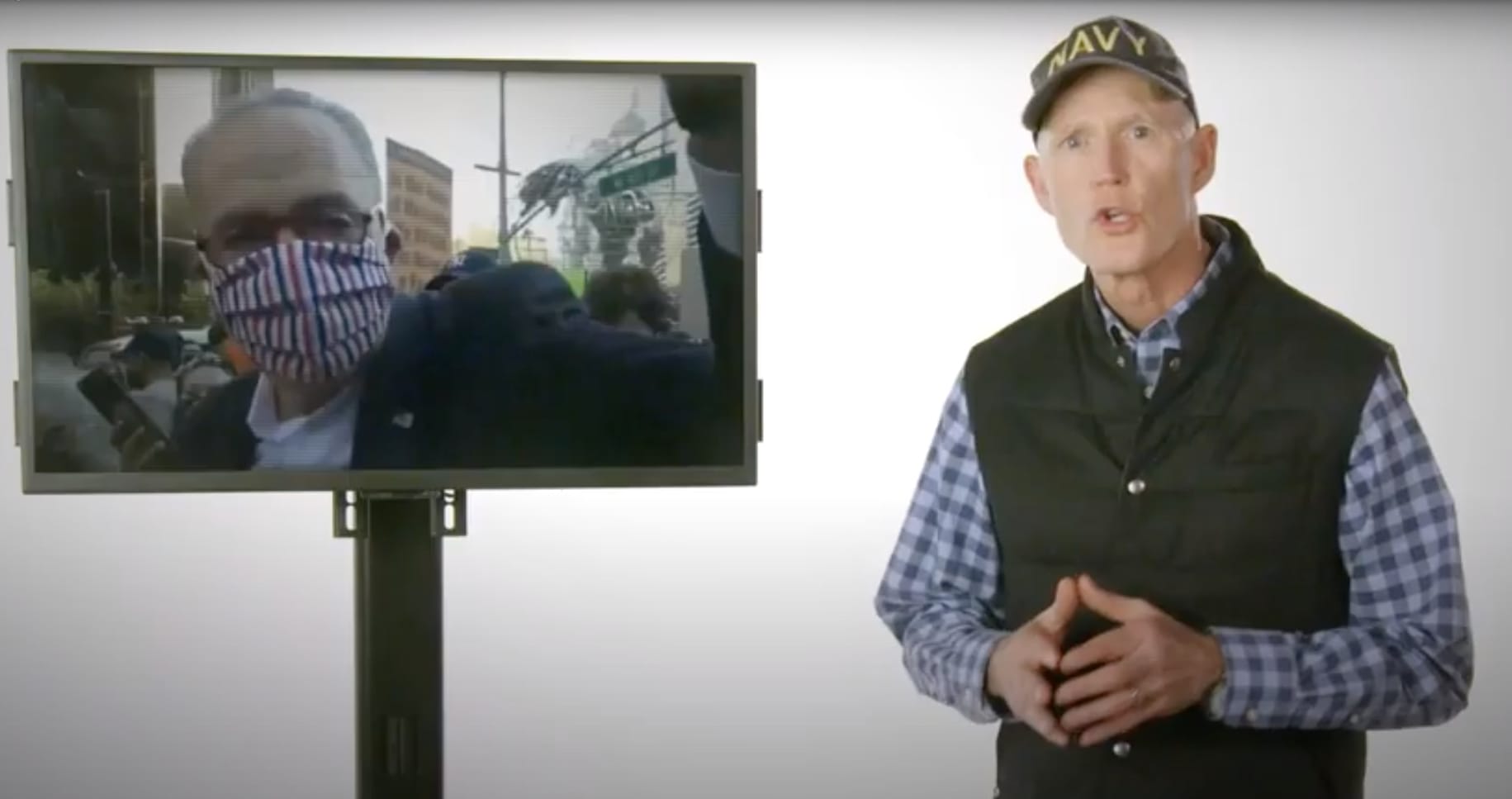 Scott weighs in for Republicans in Georgia Senate elections.

Scott’s Let’s Get to Work Political Action Committee is launching a TV commercial in the neighboring state in which he accuses Democrats of all the worst intentions.

“Georgia, don’t let these radicals change America,” Scott warns, and then walks off.

The ad will run statewide in Georgia for a week, starting Friday.

It’s not Scott’s first foray into the politics of another state. His PAC has launched similar pro-Republican ads in Iowa.

In part, he may be trying to expand his own political profile in advance of a possible 2024 run for President.

But now it’s also his job, or it will be in a few weeks.

On Tuesday Scott was elected chair of the National Republican Senatorial Committee, a position that will put him in charge of Senate Republicans’ efforts to make sure conservatives are elected to the Senate. Officially he’ll take over in early January.

Though officially that job does not apply now, he’s already at work in Georgia, where two 2020 Senate elections have gone into overtime with January runoffs.

Republicans need to win at least one Georgia seat to retain control of the Senate. If Ossoff and Warnock both win, the Senate would essentially be split 50-50, with Vice President-elect Kamala Harris representing the deciding vote.

Dressed in his campaign uniform of a blue button-down shirt and Navy ball cap, Scott looks on with deep worry, then turns to the camera to address Georgians about what he says that means. “You heard him. They plan to take Georgia, so they can change America. Their change? Reduce funding for police, eliminate employer-based health insurance and pack the Supreme Court, chip away at our religious freedom and gun rights.”

With the exception of the gun rights, none of those positions are in the Democratic Party’s platform, and President-elect Joe Biden has denounced most of them. But Democrats on the left wing have advocated for them, and Scott makes them the stakes.