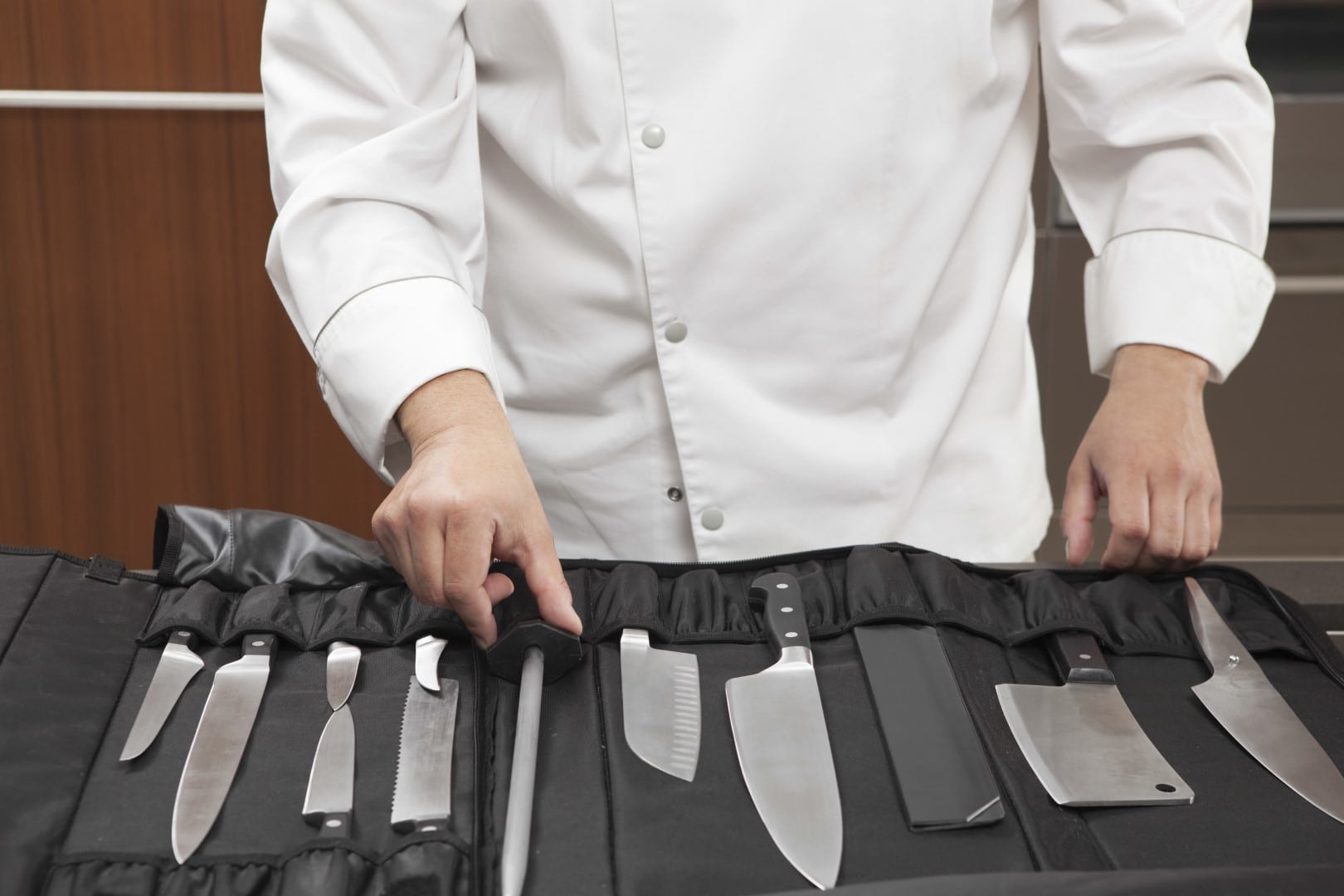 if you are not at the table, you are on the menu.

At the table … or on the menu?

Former Congresswoman Corrine Brown used to say that voters were either “at the table or on the menu.”

After 2020, Duval Democrats are pushing for the former, if the words of political strategist Phillip Singleton are any indication.

“The biggest problem Florida Democrats had in 2020 was simple. They keep hiring and listening to unqualified people,” Singleton said.

“For Florida Democrats to have any hopes to win in 2022 or ’24, they need to clean house, and then follow the historic blueprint set in Duval County this cycle. Collectively, as a team, U.S. Rep. Al Lawson, Senate Minority Leader Audrey Gibson, state Rep. Tracie Davis, state Rep.-elect Angie Nixon, Duval Democratic Party Chair Daniel Henry, [political consultant] Siottis Jackson, myself, and a handful of other key players put a plan together to win Jacksonville for Biden — and we did!”

“There’s much to learn on what worked to flip a 40-year GOP stronghold Democratic. This Duval blueprint, and all these North Florida leaders, should be a part of all future conversations Florida Democrats have on a strategy going forward,” Singleton said.

Duval has gone Democrat in two even years in a row, though 2020 saw down-ballot woes despite the Joe Biden win.

With Democrats headed for yet another reckoning with a failed Florida cycle, time will tell if Singleton gets heard or not. But Biden won here when he lost elsewhere in the state.

The big payback? A former Jacksonville Mayor may be a vital part of the incoming Biden administration.

Brown, asserts a staff report, is “high on the list of candidates for secretary of Housing and Urban Development.”

Brown, recently a staffer for the Biden campaign, could be seen as a payoff to Northeast Florida for stepping up.

Response to the rumor this week was varied.

One connected Republican in the local government asked how Brown would run for Mayor in 2023 from a D.C. perch.

With the Mayor’s Office an open seat in 2023, Democrats are far more optimistic about their chances than they were last year against Republican Lenny Curry and his political machine.

As one strategist noted: “You’ll often see sh*t floated as a reward for a region that then gets people fired up whether it happens or not and makes them feel like a part of the bigger thing.”

Fernandina Beach looks likely to boast the next Senate President Pro Tempore, with Republican Aaron Bean as the choice of President-designate Wilton Simpson.

Simpson lauded, in a memo to the Republican caucus, Bean’s “contagious energy, boundless compassion for our state’s most vulnerable, and an abiding respect for each person he meets.”

“First and foremost a family man, devoted to his wife Abby and their boys Bradley, Gray and Walker, Sen. Bean brings a diverse range of personal and professional experiences to the Senate that allows him to relate to people from all walks of life and to build consensus without compromising principle.

“There is no question the impacts of the ongoing pandemic will change the look and feel of these next two years in ways none of us could have imagined when we first decided to run for office. Senator Bean’s authenticity, positivity and optimism, combined with his deep knowledge and experience in the legislative process, make him a perfect fit for the critical role,” Simpson added.

Rep. Paul Renner of Palm Coast got the nod as Rules chair for the 2022 Legislative Session and will preside over his first meeting on the auspicious date of Friday the 13th.

The chair position comes amid some proposed rules changes that will impact the upcoming Legislative Session.

For one, legislators will get an extra bill slot. Being able to carry seven bills for the first time in two decades will afford lawmakers “greater flexibility.”

Subcommittees, meanwhile, will have extra flex going through Week 6. Renner thinks that will “keep things moving … allow the committee process to work [and] good ideas to become law.”

Looking toward other matters, Renner said the budget would be tight and based on money the state has rather than expectations of federal stimulus funds.

Daniel Henry, the chair of the Duval County Democratic Party, presided over Joe Biden carrying the county, the first Democrat to do so since 1976.

However, the legacy was a mixed bag.

Though Biden parlayed a registrant advantage of roughly 40,000 into a three-point win, the Democratic presidential nominee had no coattails. The party lost in a countywide clerk of courts race and winnable races for Jacksonville City Council and state House.

“Nothing’s a sure thing in Duval,” Henry said, noting that the long-term strategy for the party, which 2020 was part of, was to “expand the registration gap” over Republicans.

Henry said that part of the need to do that is that Democratic registrants are more likely to be “low propensity voters.” At the same time, Republicans tend to dominate with super voter types.

While low-propensity voters can be turned out for hot-button elections (as the one just concluded), responding to “federalized” messaging, they are less likely to know what is happening for Democrats down-ballot, contended Henry.

“Every other race was drowned out,” Henry said, leading to “drop-offs” and undervotes.

America crossed the threshold of 10,000,000 coronavirus cases Monday. At least one of those 10 million is on the Jacksonville City Council.

Wilson is the second member of the 19-person Council to catch a case, with Councilman Sam Newby hospitalized from the virus in March.

A virtual meeting was impossible, with at least fourteen people required to be on hand in person.

At this writing, and given the virus’s incubation period, it remains unknown if Wilson is an isolated case on the Council.

The Jacksonville Port Authority has a new director of public safety and security with a long history in the field.

JAXPORT officials announced this week Dwight Collins is taking the position. Collins is a retired U.S. Coast Guard captain who brings a 27-year career in the service. He recently served as deputy chief of operations for USCG in the Pacific area. He was previously the commanding officer for the deployable specialized operations unit for the Maritime Security Response Team, among other high-ranking positions.

“The safety and security of everyone who works at or visits JAXPORT is our top priority,” said JAXPORT CEO Eric Green. “Dwight has spent nearly three decades serving our country and managing some of the most critical aspects of maritime transportation security. We are pleased to bring his knowledge and expertise to JAXPORT.”

Collins has an extensive background in maritime security work, including senior leadership positions overseeing maritime security, law enforcement, and counterterrorism initiatives for the Coast Guard at the port authorities in New York, New Jersey, and the ports of Los Angeles and Long Beach.

In Jacksonville, Collins will oversee about 200,000 port employees, tenants and customers. He also will be at the helm of enforcement of seaport security, compliance and federal, state and local law compliance.

The Navy to Navy Homes program has now exceeded $1 million in veterans’ contributions to the Jacksonville region.

The Navy to Navy Homes effort is part of the umbrella group Homes for Heroes, which provides financial assistance and other help for military personnel seeking housing. The program aims to assist in housing help for military veterans and first responders, teachers, and health care workers during the coronavirus outbreak.

Mario Gonzalez and his associates handled the Navy to Navy Homes program in the Jacksonville area since 2007.

Gonzalez announced this week the program has now assisted about 900 recipients during the pandemic amounting to about $1 million in financial help.

“We want to assist those who have served our country and local communities with a place they can call home,” Gonzalez said. “Often, with family separations in these helping professions, there is distance, time, logistics, and budget challenges involved when facilitating the housing process, plus myriad additional circumstances that most people don’t have to experience.”

The national office for Homes for Heroes has named Gonzalez a top national performer for his assistance in the Jacksonville area, said Abby Waltz, national director for the program.

“There are many benefits to buyers and sellers. Mario and his professional staff have worked with us quite successfully in this manner. Plus, they uphold our key values with caring, positivity, driven by the cause, doing the right thing, and working together as a team,” she said.

As the storyline goes, the Jaguars’ starting quarterback suffers an injury forcing Head Coach Doug Marrone to dispatch a rookie draft pick to take over. That was the case last year when starter Nick Foles was injured on opening day, sending rookie Gardner Minshew, a sixth-rounder out of Washington State, on to the field to run the offense.

As Yogi Berra allegedly once said, Sunday was “déjà vu all over again.” This time, Minshew sat out with an injury, paving the way for Jake Luton to pull off a near-win against the Houston Texans.

Luton did some good things but also looked like a rookie at times. In the end, the Jaguars had a chance to win the game after Luton scrambled for a late touchdown to bring them within two points. Still, the two-point conversion failed, leaving Jacksonville with a 27-25 loss, their seventh straight after on opening game win.

His stat sheet showed him completing 26 of 38 passes for 304 yards and a touchdown with one interception. According to NFL research, he became the first player since 1950 to have that many yards, rush for a touchdown, and have multiple plays of more than 25 yards in his first start.

Luton gets another shot this week when he will start against the Green Bay Packers. Marrone said the rookie from Oregon State showed some good things and will improve as his opportunities grow.

“He’ll get better the more he plays,” Marrone said. “That was really like preseason game one as far as getting out there and going to play. He did some good things.”

Minshew is nursing a thumb injury, with his date of return yet to be determined. Kicker Josh Lambo, whose missed extra point set up the need to go for two points at the end, suffered another injury and will likely go on injured reserve, ending his season.

nextRick Scott to Georgians: Democrats are radicals out to change America