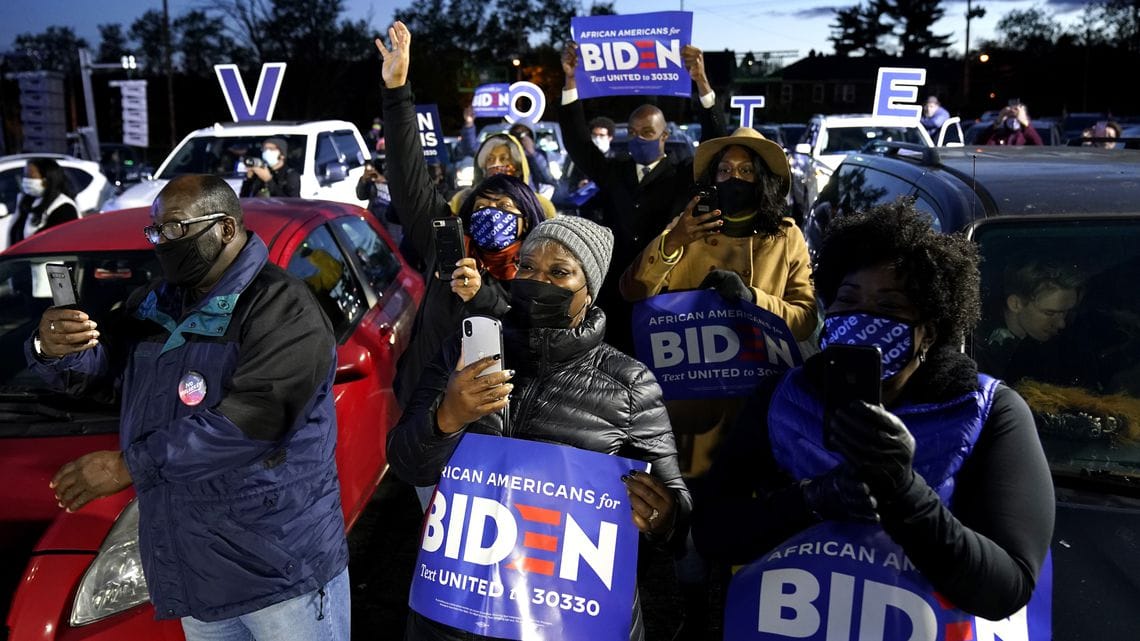 Alfred Johnson, co-founder and CEO of Mobilize, said the organization saw an increase in women and young volunteers. Women made up 62% of volunteers, compared to 58% in 2018, and volunteers were also disproportionately young — 24 to 35-year-olds were the most active age bracket in Mobilize this election cycle.

In the four days preceding the election, Mobilize saw 551,000 unique people sign up for 1.3 million actions on the platform, 73% of whom signed up for voter outreach, Johnson said. That’s six times that of what Mobilize saw in the days leading up to the 2018 election.

“Those actions can be everything from knocking on doors to making phone calls to attending an event,” he said. “We saw a completely unprecedented level of action in the lead up to Election Day last week.”

Tori Taylor, co-executive director for Swing Left, discussed the difference between 2018 and 2020, moving the focus from taking back the U.S. House for Democrats two years ago to taking the White House and state legislatures this year.

“Swing left saw momentous showing from the grassroots community in the 2020 election,” Taylor said. “While we did not achieve every goal we set this year, we did win the biggest prize — come January, Donald Trump will no longer be President of the United States. And that is in big part because of the surge of volunteer actions and grassroots donations that really helped propel Joe Biden and Kamala Harris to winning the presidential election.”

Taylor said the organization had more than 255,000 volunteers make nearly 8 million calls and send nearly 19 million letters to voters in the states that mattered most the election. Overall, 75% of swing state donations to candidates, and 90% of voter contact actions went to states where the presidential or Senate races were determined by single digit margins, she said.

Shaniqua Mcclendon, the political director of Vote Save America, expressed similar sentiments — the organization focused on the same types of races this election cycle.

“For 2020, we really needed to focus our volunteers into states that had competitive Senate races, or would be important for the White House based on the Electoral College,” Mcclendon said.

The organization also set up an “adopt-a-state” program in 2019, even before coronavirus, which worked to develop a remote volunteer program for people to get involved in races across the country.

The program included size states — Arizona, Florida, Michigan, North Carolina, Wisconsin and Pennsylvania. By the time it was done, the program had 300,000 volunteers.

“We were actually supposed to launch it the day that we all were sent home because of COVID,” she said. “And adopt-a-state ended up really meeting the moment.”