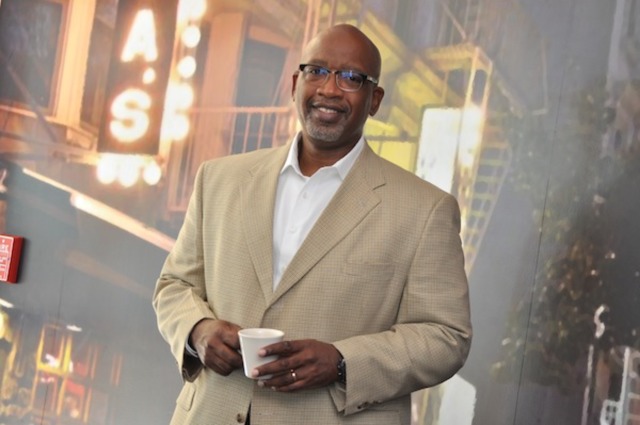 Welch is the only candidate who vocally supported diversity on the school board.

As the results of the 2020 General Election settle, sights are set on St. Petersburg’s 2021 mayoral race.

With Mayor Rick Kriseman leaving office because of term limits, candidates are beginning to file to run for the mayoral seat. And, local leaders of Pinellas County’s Black community have made clear what they are looking for: an active leader.

“What we have seen in 2020 is that there’s no space for cowards or for those who are afraid,” said JC Pritchett, President of the Interdenominational Ministerial Alliance and a St. Pete activist. “The pandemic, the economic downturn, George Floyd‘s death and the protests in the streets make my community very aware that the people who hold public service positions make decisions that affect our lives, whether we live or die.”

That’s why, Pritchett said, he is backing Ken Welch for Mayor. It is worth noting Pritchett is a distant relative of Welch.

Welch has served on the Pinellas County Commission since 2000. Former St. Pete City Council member Darden Rice is also running. Both are Democrats.

In looking at the candidates, one heated race from the 2020 General Election may follow candidates through the campaign trail: the race for the District 7 School Board seat, between Caprice Edmond and Karl Nurse.

The race unmasked questions of diversity and representation relevant to the St. Petersburg community. Activists were vocal about the potential of the race leading to an all-White School Board if former City Councilman Nurse won. However, Pinellas County educator Edmond took the seat.

“Pinellas County does not have a strong track record of diversity. We’re getting better. I’m only the second African American County Commissioner in our history,” Welch said. “But, you know, that was just one of the issues, because Caprice Edmond was the most qualified … In 2020, we cannot go to no diversity on the School Board, particularly when the best qualified person is a Black woman.”

Welch’s activism in the community is why Pritchett and other Black community leaders are supporting him. Together, they built a coalition that supported Edmond in her race for School Board. It was that same coalition, Pritchett said, that met in South Straub Park to protest against the Proud Boys in October.

Ashley Green, a St. Pete-based community organizer and activist, said although representation matters, it is most important for leaders to take action on issues St. Pete residents have been discussing.

“Representation is obviously very important,” Green said. “But more than anything, we want a champion for a set of issues that we’ve been fighting in St. Pete, especially South St. Pete, for decades.”

Community activists are prioritizing issues related to police reform and the Tropicana Field site development in the mayoral election.

When addressing police reform, Pritchett emphasized expanding the use of body cameras, as well as looking at reallocating funds in the Police Department. It is also important to him that the Mayor is able and willing to meet with young demonstrators.

The Trop site will be a big ticket item this election cycle, as proposals from interested, experienced developers to redevelop the 86-acre lot are already rolling in. Many community activist see this as an opportunity to reinvigorate South St. Pete while also paying homage to the city’s history.

“This is a unique situation that you don’t get many times in your lifetime,” Pritchett said. “[Welch] understands the importance of the Trop site because he went to church there, he saw his family there on that site, and because he’s also uniquely able to work with a diverse population like St. Petersburg.”

Green reiterated the message of diversity, working together and keeping the energy from the 2020 election into 2021.

Blackmon told Florida Politics he is flattered to be a part of the conversation, saying, “right now I’m focused on the important work in front of me on council. I look forward to continue accomplishing wins for our district and city, such as the revitalization of the Science Center, sustainable growth and environmental stewardship. But as Sean Connery would say, never say never.”

nextLast Call for 11.16.20 — A prime-time read of what’s going down in Florida politics