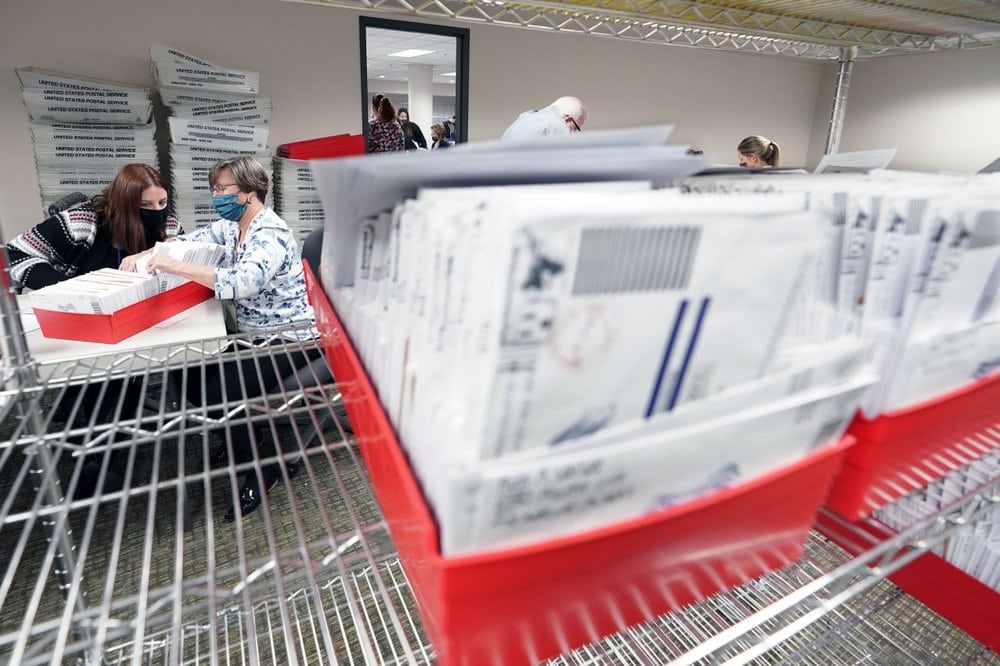 A coalition of federal and state officials said Thursday that they have no evidence that votes were compromised or altered in last week’s presidential election, rejecting unsubstantiated claims of widespread fraud advanced by President Donald Trump and many of his supporters.

The statement, by government and industry officials who coordinate election cybersecurity, trumpeted the Nov. 3 election as the most secure in American history. It amounted to the most direct repudiation to date of Trump’s efforts to undermine the integrity of the contest, and echoed repeated assertions by election experts and state officials over the last week that the election unfolded smoothly without broad irregularities.

“While we know there are many unfounded claims and opportunities for misinformation about the process of our elections, we can assure you we have the utmost confidence in the security and integrity of our elections, and you should too,” the statement said. “When you have questions, turn to elections officials as trusted voices as they administer elections.”

It was distributed by the Cybersecurity and Infrastructure Security Agency, which spearheaded federal election protection efforts and tweeted by its director, Chris Krebs. Hours earlier, he was the subject of a Reuters story that said he had told associates he expected to be fired by Trump. Krebs has been vocal on Twitter in repeatedly reassuring Americans that the election was secure and that their votes would be counted.

“America, we have confidence in the security of your vote, you should, too,” he wrote.

The statement’s authors said they had no evidence that any voting system had deleted or lost votes, had changed votes, or was in any way compromised. They said all of the states with close results have paper records, which allows for the recounting of each ballot, if necessary, and for “the identification and correction of any mistakes or errors.”

“The November 3rd election was the most secure in American history. Right now, across the country, election officials are reviewing and double checking the entire election process prior to finalizing the result,” the statement said.

The message is in stark contrast to Trump’s unsupported claims of fraud and widespread problems that he insists could affect vote totals.

The issues Trump’s campaign and its allies have pointed to are typical in every election: problems with signatures, secrecy envelopes and postmarks on mail-in ballots, as well as the potential for a small number of ballots miscast or lost. With Democrat Joe Biden leading Trump by wide margins in key battleground states, none of those issues would have any impact on the outcome of the election.

Trump’s campaign has also launched legal challenges complaining that their poll watchers were unable to scrutinize the voting process. Many of those challenges have been tossed out by judges, some within hours of their filing; again, none of the complaints show any evidence that the outcome of the election was affected.

nextJoe Biden has room on health care, though limited by Congress