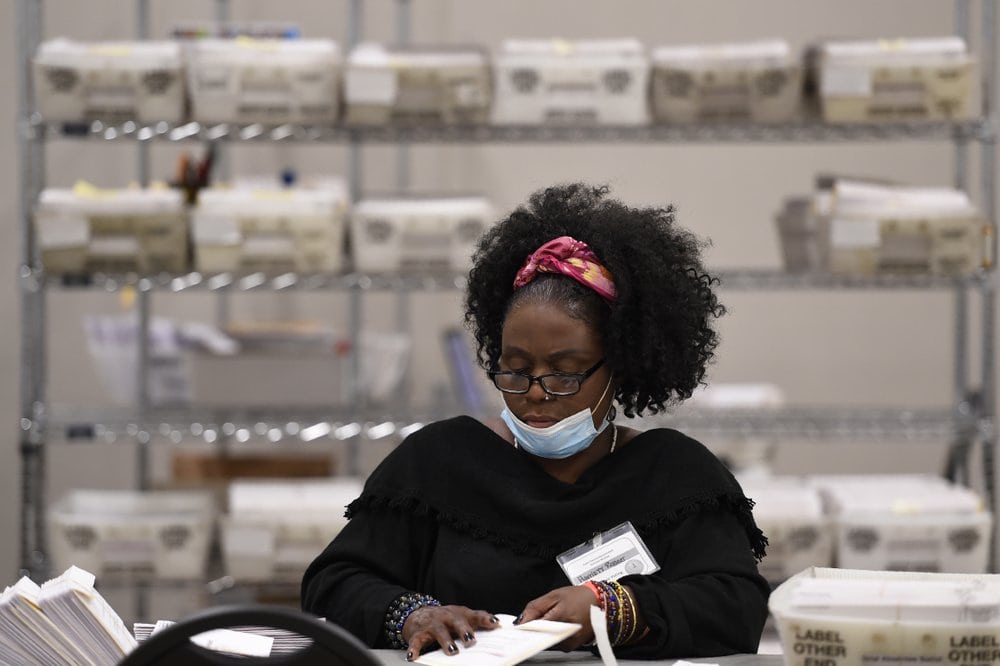 Election officials across Georgia are staring down a Wednesday deadline to complete a hand tally of the presidential race in the state.

The hand recount of nearly 5 million votes stems from an audit required by a new state law and wasn’t in response to any suspected problems with the state’s results or an official recount request. The law requires the audit to be done before the counties’ certified results can be certified by the state.

The deadline for the counties to complete the audit is 11:59 p.m. Wednesday, ahead of the Friday deadline for state certification. Gabriel Sterling, who oversaw the implementation of the state’s new voting system for the secretary of state’s office, said he expects the counties to meet that deadline.

The hand count is meant to ensure that the state’s new election machines accurately tabulated the votes and isn’t expected to change the overall outcome, state election officials have repeatedly said.

Going into the count, Democrat Joe Biden led Republican President Donald Trump by a margin of about 14,000 votes. Previously uncounted ballots discovered in four counties — Douglas, Fayette, Floyd and Walton — during the hand count will reduce that margin to about 12,800, Sterling said.

Once the results are certified, if the margin between the candidates remains within 0.5%, the losing campaign can request a recount. That would be done using scanners that read and tally the votes and would be paid for by the counties, Sterling said.

A law passed last year requires the audit but leaves it up to the Secretary of State to select the race to be audited. Secretary of State Brad Raffensperger said he chose the presidential race because of its significance and tight margin. Because of the close results, he said, a full hand recount would be needed to complete the audit.

Over the two weeks since the election, Raffensperger has been under attack from fellow Republicans, from the President on down.

“The Secretary of State has failed to deliver honest and transparent elections,” Sens. David Perdue and Kelly Loeffler wrote in a letter.

U.S. Rep Doug Collins, who is running Trump’s Georgia recount effort, has traded barbs on social media with the Secretary of State. And over the weekend, the President tweeted that Raffensperger — whom he endorsed in a runoff election two years ago — is “a so-called Republican (RINO),” using the acronym for “Republican in name only.”

Raffensperger has steadfastly defended the state’s handling of the election and the subsequent hand tally. He has said his office has seen no evidence of widespread voting fraud or irregularities and he was confident the audit would affirm the election results.

In addition to other complaints, Trump and other critics have incorrectly claimed that Georgia election officials are unable to verify signatures on absentee ballot envelopes because of a legal settlement known as a consent decree. There is nothing in the consent decree that keeps election workers from checking those signatures. In fact, Georgia requires that they be checked.

When Georgia voters return an absentee ballot, they have to sign an oath on an outer envelope. County election office workers are required to ensure the signature matches the one on the absentee ballot application and the one in the voter registration system, Raffensperger has said.

The Associated Press has not declared a winner in the presidential race in Georgia, where Biden led Trump by 0.3 percentage points. There is no mandatory recount law in Georgia, but state law provides that option to a trailing candidate if the margin is less than 0.5 percentage points. It is AP’s practice not to call a race that is — or is likely to become — subject to a recount.

previousBar exams to be held online in February