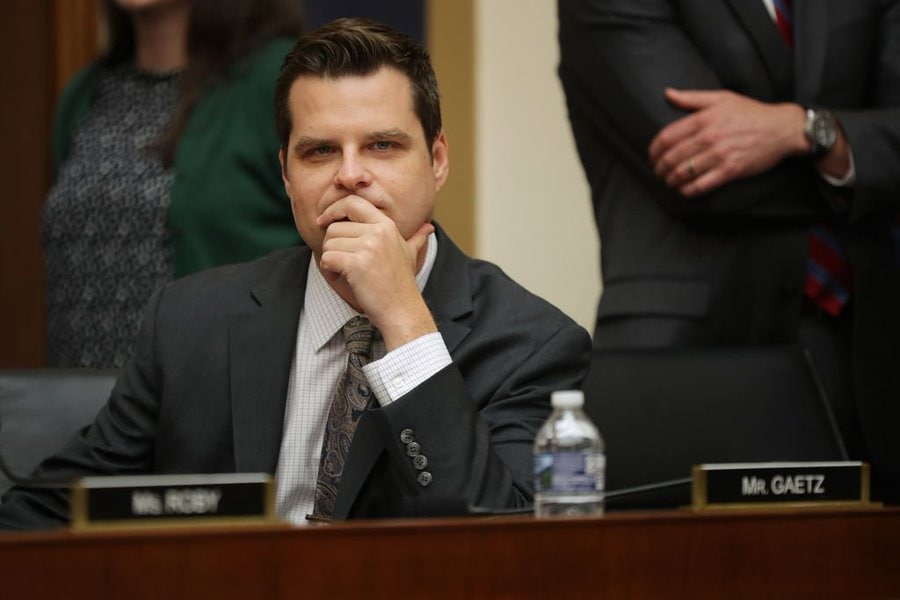 "The biggest loser in Afghanistan is the nation that stays the longest."

Congressman Matt Gaetz described the war in Afghanistan as “unwinnable” on Friday and called for the U.S. to pull troops from Afghanistan.

“It is my sincere hope that we not only reduce our troop levels to 2,500 but that we reduce them to zero, that we leave Afghanistan,” Gaetz said. “This has been the longest war in our nation’s history. Our country is weary of it, even if the Armed Services Committee is not.”

The hearing took place days after Acting Secretary of Defense Christopher Miller announced the U.S. would further reduce its troop levels to 2,500 in both Afghanistan and Iraq.

Gaetz contended the remaining 2,500 will have no “military value” or “technical capability.”

According to the Department of Defense, the U.S. has roughly 4,500 troops deployed to Afghanistan and 3,000 troops in Iraq.

Notably, the upcoming military drawdown partially fulfills President Donald Trump‘s pledge to remove all U.S. troops from the region during his presidency.

While Gaetz has remained critical of leaving American troops in place, other Republicans have expressed concerns with Trump’s current order.

“The goal all of us have is for the Afghans to be able to handle their security issues on their own so that no transnational threat emerges from that territory,” said Texas Congressman Mac Thornberry, the committee’s ranking member. “But I do not believe they are there yet.”

The military drawdown is expected to be complete by Jan. 15, 2021, five days before President-elect Joe Biden is scheduled to be sworn-in.

Biden, meanwhile, has sounded less confident about a troop withdrawal.

He has said some troops could stay in Afghanistan to conduct potential counterterrorism missions.

American troops have conducted missions in Afghanistan since 2001.