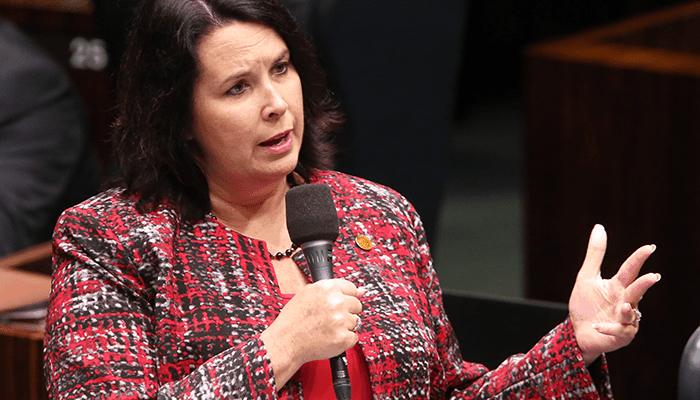 Sen. Kelli Stargel will lead the Senate during budget negotiations with the House over the next two years.

Senate President Wilton Simpson, who officially stepped into his role leading the chamber body Tuesday, named the Lakeland Republican as Chair of the Senate Appropriations Committee for the 2020-2022 Legislative Term, a key leadership role. The new Senate President made the announcement in a memo to senators Friday.

“I have served with Senator Stargel throughout my entire time here in the Senate and have witnessed her ability to effectively manage complex policy and budget issues,” Simpson said. “She will be a key member of the Senate leadership and will work to ensure all Senators have the opportunity to play a role in drafting our state budget.”

Florida has enjoyed years of economic growth, but that ended in 2020 with the COVID-19 pandemic and ensuing economic lockdowns. Now, the Sunshine State is facing a $5.4 billion shortfall over the next two years, largely from tourism.

“We are all well aware that the ongoing pandemic has placed a tremendous amount of stress on Florida’s economy, and in turn our state budget,” Simpson wrote in his memo. “While the most recent reports indicate that our state is recovering more quickly than we initially thought possible, there is no question that much of our time over the next two years will be spent studying issues related to our budget.”

On Tuesday, Simpson told senators they would have to “tighten our belts” during the time of lean. Senators will look to the 2008 Session for insights on how to balance the state budget amid an economic shortfall, the Trilby Republican told reporters.

When asked what areas he might consider cutting in the budget, the President largely avoided giving specific examples of budget areas that lawmakers could thin. However, he noted that Florida’s K-12 expenses are now 10 times what they were in the wake of the Great Recession.

Stargel told Florida Politics she was looking forward to doing a deep dive into the core functions of government and to find where there may have been fluff in recent years. When asked about Simpson’s early take on the budget, she said beneficial functions that aren’t core budget features will likely receive more scrutiny.

“I don’t know that I’m going to necessarily look at things on a last-in-first-out basis,” she said, adding that just because a program was added later doesn’t mean it isn’t a core function.

During his Tuesday press conference, the President added that he would ask senators to look deep into their budget priorities. He recalled one appropriations committee years ago that asked Senators to defend their budget items.

“Very few folks actually came up and defended their budget items,” Simpson said. “I suspect if that happens this year, that’s going to be one of those things that don’t stay in the budget.”

Stargel is expected to provide more information to senators about budget requests in the coming days.