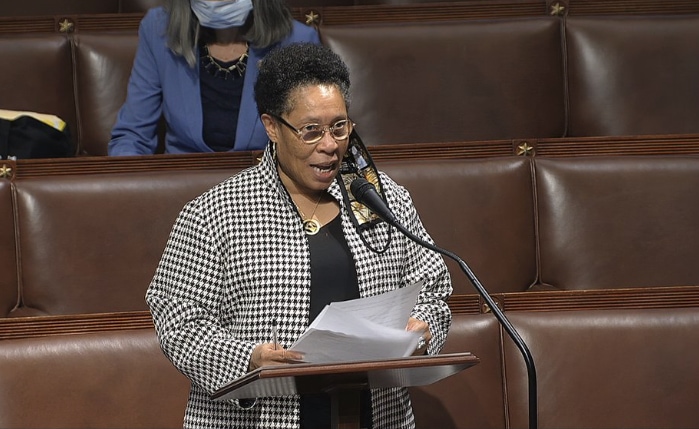 Fudge is a Cleveland congresswoman, Vilsack a past ag secretary.

President-elect Joe Biden made two key domestic policy picks, selecting Ohio Rep. Marcia Fudge as his housing and urban development secretary and former Agriculture Secretary Tom Vilsack to reprise that role in his administration, according to five people familiar with the decisions.

The picks on Tuesday highlighted Biden’s delicate balancing act as he builds out his Cabinet, seeking to diversify his picks and reward the coalitions that helped elect him while also following his instincts to surround himself with close allies who served in the Obama administration.

Fudge, a former chair of the Congressional Black Caucus, was just elected to a seventh term representing a majority Black district that includes parts of Cleveland and Akron. Vilsack spent eight years as head of the U.S. Department of Agriculture during the Obama administration and served two terms as Iowa governor.

Their intended nominations were confirmed to The Associated Press by five people familiar with one or both of the decisions who spoke on condition of anonymity to avoid preempting the president-elect’s announcement.

Biden has viewed Fudge as a leading voice for working families and a longtime champion of affordable housing, infrastructure and other priorities, while Vilsack was selected in part because of the heightened hunger crisis facing the nation and the need to ensure someone was ready to run the department on day one, according to those briefed on the decision.

As news outlets started reporting Fudge’s selection as HUD secretary, she said on Capitol Hill that it would be “an honor and a privilege” to be asked to join Biden’s Cabinet, though she didn’t confirm she had been picked.

“It is something in probably my wildest dreams I would have never thought about. So if I can help this president in any way possible, I am more than happy to do it,” she said Tuesday evening.

A longtime member of the House Agriculture Committee and a fierce advocate for food stamps, Fudge was originally discussed to become agriculture secretary. South Carolina Rep. Jim Clyburn, the No. 3 House Democrat who gave Biden a key nod of support in the primaries, had strongly backed her, saying, “It’s one thing to grow food, but another to dispense it, and nobody would be better at that than Marcia Fudge.″

But Clyburn on Tuesday telegraphed that she was up for another post. And she was warmly endorsed in a meeting Biden held with civil rights activists Tuesday to discuss diversity in his Cabinet.

But not every name mentioned was greeted as well. Several of the civil rights leaders denounced Rahm Emanuel, the former Chicago mayor and chief of staff to President Barack Obama, for what they called his failed leadership during the 2014 police killing of Laquan McDonald and said he would be an unacceptable choice for any Cabinet post, according to a person familiar with the conversation but not authorized to discuss it publicly.

But when Vilsack’s record was questioned by the group, Biden launched into a spirited defense of his longtime friend and ally, the person said.

Biden’s relationship with Vilsack goes back decades. He was an early supporter of Biden’s first campaign for president in 1988 while Vilsack was the mayor of Mount Pleasant, Iowa. He endorsed Biden a year before the 2020 election and campaigned tirelessly for him in Iowa, the nation’s first caucus state. Biden adopted aspects of Vilsack’s rural policy agenda as Democrats look to make up ground they’ve lost to Republicans in rural areas over the past decade.

Vilsack entered politics in large part because of tragedy, when the mayor of Mount Pleasant was gunned down at a city council meeting in 1986. Vilsack, then a young lawyer, had grown up in Pittsburgh and moved with his wife, Christie, to her Iowa hometown. He was recruited to seek the mayor’s office, then served two terms in the Iowa Senate before being the first Democrat to win the governorship in 30 years.

After two terms, Vilsack ran a 10-week campaign for the 2008 Democratic nomination before withdrawing and throwing his support to Hillary Clinton, even as Biden remained among the field. Vilsack was a finalist for Clinton’s running mate that year.

Word of the picks broke the same day that Biden publicly unveiled his health team, including Xavier Becerra, California’s attorney general, as his health secretary. The selection of Becerra, the son of a Mexican immigrant mother, came amid mounting pressure for Biden to diversify his hires.

Many Black leaders cheered Biden’s selection of retired Army Gen. Lloyd Austin to be the nation’s first Black defense secretary, and they have pushed the incoming administration for more representation. Asian American Democrats also pressed members of the Biden transition team to expand the number of people of Asian descent in leadership posts.

Fudge’s appointment would cut into the Democrats’ slim majority in the House. And while her seat is considered safely Democratic, an election for her replacement may be months off.

Her immediate priority would be dealing with the eviction crisis brought on by the coronavirus pandemic.

A federal eviction moratorium runs through the end of 2020. Even if it was extended, more than 23 million renters would face eviction unless they are able to come up with some help to pay months in back rent.

There is money for rental assistance in the current bipartisan COVID-19 relief effort. But most experts said Congress will have to do much more in terms of rental assistance and possibly working to extend the moratorium. Some expect the assistance could be needed for a year or two.

Politico first reported the news of Fudge’s selection, while Axios was first to report Vilsack as agriculture secretary.

previousUK: Don’t take Pfizer vaccine if you have serious allergies