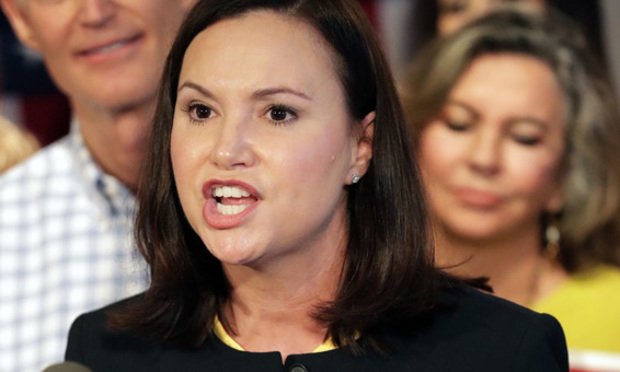 She said it's important the Supreme Court review all concerns.

The Republican Cabinet member released a statement on the decision that didn’t speak to the argument presented. Rather, Moody suggested the high court needed to address concerns for the sake of democracy.

“The integrity and resolution of the 2020 election is of paramount performance,” Moody said. “The United States Supreme Court should weigh the legal arguments of the Texas motion and all pending matters so that Americans can be assured the election was fairly reviewed and decided.”

Texas Attorney General Ken Paxton filed a suit demanding election results in Georgia, Michigan, Pennsylvania and Wisconsin be invalidated. Democrat Joe Biden won all four states, earning a total 62 electoral votes. Invalidating the results would cut Biden’s tally to 244 electoral votes, short of the 270 required to win the race for President, which would then toss the decision on a victor to Congress.

President Donald Trump has repeatedly claimed he won the election, and he joined a challenge of Pennsylvania results. Trump attorney Rudy Giuliani has made arguments to Republican legislators in the battleground states that widespread fraud tainted the election results, though courts have rejected any claims.

The brief itself makes more direct accusations than Moody’s statement, supporting the argument that elections were fraudulent because of actions taken by elections officials without explicit endorsement from their respective Legislatures.

“Our system of federalism relies on separation of powers to preserve liberty at every level of government, and the separation of powers in the Electors Clause is no exception,” the brief reads. “The States have a strong interest in preserving the proper roles of state legislatures in the administration of federal elections, and thus safeguarding the individual liberty of their citizens.”

The brief states there’s a national interest in the outcome of those elections because “President and Vice President of the United States are the only elected officials who represent all the voters in the nation.”

Most allegations cited by Trump supporters have been recanted or debunked.

Florida joined the amicus brief Wednesday shortly after the final certified results of the election were officially filed and a day after the so-called “safe harbor” deadline for challenging state results. Paxton’s suit was filed on Tuesday, the safe harbor deadline.

Wednesday also marks 36 days since Election Day. That marks an historic time frame, as it was the same point at which Vice President Al Gore in 2000 conceded that year’s election to Republican George W. Bush. That came after Florida’s vote came under scrutiny and a statewide recount of its votes for President was conducted. Bush won the state’s electoral votes after winning Florida by 537 votes.

Carr chairs the Republican Attorneys General Association, but the organization, which has a significant number of members signed on to the same brief as Moody, stressed those remarks came through Carr’s state office, not the RAGA.

Democratic Attorneys General in the three other states in question issued a joint statement more strongly condemning the suit.

“These insignificant attempts to disregard the will of the people in our three states mislead the public and tear at the fabric of our Constitution. The people in our states voted. Their votes were counted—in some cases multiple times. And the results have been certified,” the joint statement reads. “It’s well past time for the President and our fellow states and elected officials to stop misleading the public about this year’s election and to acknowledge that the results certified in our states reflect the decisions made by the voters in a free, fair, and secure election.”

“Ken Paxton continues to do disservice to the critical work we do as state Attorneys General,” the two said in a statement. “This latest lawsuit filed by the Texas Attorney General, which seeks to undermine the will of voters in states that are not Texas and that will have absolutely no impact on the outcome of the election, is meritless and desperate.”

And Florida Agriculture Commissioner Nikki Fried, the only Democrat on the state Cabinet, called Moody out in particular.

“It’s embarrassing to the integrity of our democracy and resolution of this election,” Fried said. “It’s disappointing, but predictable, that Florida’s Attorney General isn’t acting in the interest of the people she was elected to serve, but in self-interest to a president who lost an election and cannot face the reality of his defeat.”