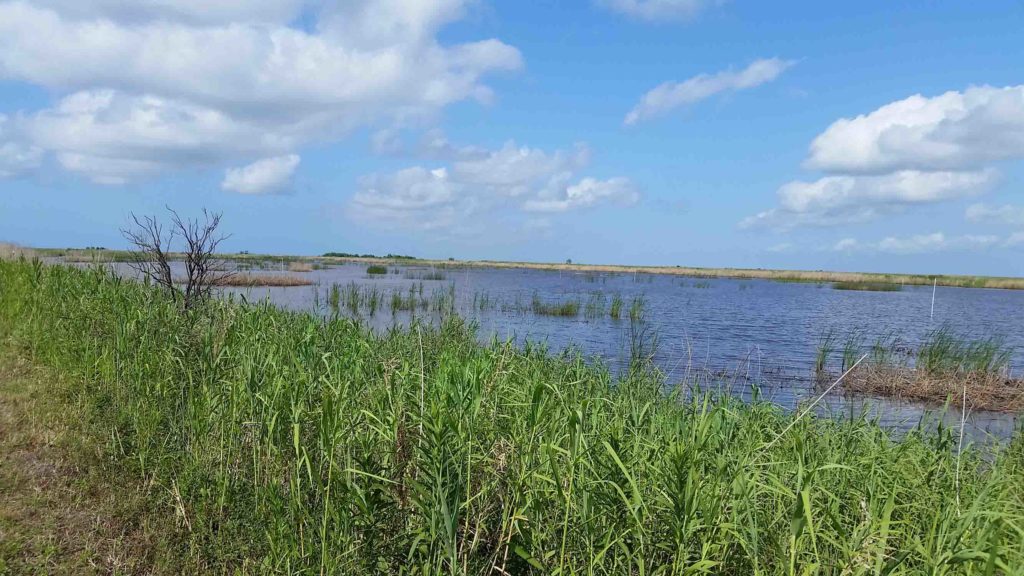 Florida has been granted federal authority to run its own permitting process to oversee the discharge of dredged or fill materials into water resources and wetlands, eliminating Army Corps of Engineers oversight in the Sunshine State.

The U.S. Environmental Protection Agency announced Thursday that Florida is assuming the power over wetlands permits. That makes the Sunshine State the third state granted authority to oversee such permits. The other two are Michigan and New Jersey. Florida is the first state since 1994 to apply for and receive approval to implement a Clean Water Act Section 404 program.

“Federal authorities don’t delegate this type of permit often, but Florida has, beyond question, one of the greatest environmental records of any state, and I couldn’t be happier that Florida has shown it can meet the strict national standards EPA sets to protect human health and the environment,” EPA Administrator Andrew Wheeler stated in a news release.

State officials and Republicans in Congress said the move should speed up wetlands restoration programs in Florida.

However, some environmental advocates, including Democratic Agriculture Commissioner Nikki Fried, expressed concern the move could speed up wetlands destruction in the Sunshine State.

“Florida continues to be a pioneer of environmental protection. This is a historic moment for our agency and our state,” Florida Department of Environmental Protection Secretary Noah Valenstein stated in a news release issued by his department. “We appreciate EPA’s stringent public review and approval of DEP’s assumption of this program. Our waters and wetlands are critical to our economy and way of life in Florida. As such, it is important for the state to take the lead in their protection. We are pleased that with the assumption, Florida scientists and permitters will now be accountable for state and federal wetlands permits. DEP staff know the state’s resources best and have the expertise to ensure their protection.”

The department contends it has more than 200 environmental experts who are already responsible for managing Environmental Resource Permitting standards, and who therefore can bring the same effort to a state-run Clean Water Act 404 program.

“Our staff possesses the technical expertise necessary to run the 404 program effectively, offering increased consistency and efficiency to our stakeholders, and increased protections for Florida’s environment,” Deputy Secretary of Regulatory Programs John Truitt said. “None of these efforts were undertaken in a vacuum – we have weighed public and internal feedback and have worked closely with the EPA and our stakeholders to get us to this point. It has been a team effort from the start.”

However, Fried expressed strong concerns about the federal government ceding authority to Florida.

“This action sets a dangerous precedent that may lead to reduced protection of Florida’s wetlands and other surface waters,” she said in a news release.

“According to experts, the federal government’s wetland permitting process is more stringent than the state’s in reducing wetlands impacts from development. According to Audubon Florida, the Florida Department of Environmental Protection lacks the staff, resources, track record, budget, and personnel to successfully manage the program; FDEP’s request also did not explain how it will replace federal safeguards, how it will assess impacts to species protected by the Endangered Species Act, or even which wetlands will fall under its jurisdiction,” Fried added. “The vast majority of thousands of public comments from Floridians were in opposition to this decision, as are numerous environmental conservation groups.”

The transfer of authority has been years in the making, and became nearly certain this summer. On Aug. 5, EPA officials signed a Memorandum of Agreement with Florida to begin the hand-over. On Aug. 20, Gov. Ron DeSantis submitted an official request for the EPA to conduct a review and approve Florida’s program to assume administration of the CWA 404 program.

Final approval came at a signing ceremony in Washington on Thursday attended by many Florida Republican members of Congress, along with officials from the DeSantis administration.

The news drew some praise from a handful of conservation and environmental advocates including Temperince Morgan, executive director of The Nature Conservancy in Florida, Eric Eikenberg, CEO of the Everglades Foundation, and Jeff Beal, regional biologist with Ducks Unlimited in Florida.

“The state of Florida’s assumption of Section 404 permitting should enable Everglades restoration to proceed with the sense of urgency it deserves while maintaining the high level of review and protection required by the Clean Water Act,” Eikenberg stated in the DEP news release. “We expect the Florida Department of Environmental Protection to exercise its new authority in a manner that protects Florida’s precious and diminishing wetland resources.

However, the praise was not universal among environmental advocates. Others suggested that Florida has just been given carte blanche by federal authorities to approve destruction of wetlands.

“We are planning a constitutional amendment to block the destruction of wetlands in Florida. This transfer to the developer/industry/commerce-funded state legislature will be the final nail in the coffin for our waterways,” said Chuck O’Neal, who is heading up a coalition of environmental lawyers, advocates and political consultants. “Florida has lost over half of its wetlands to roads and development. Wetlands are the state’s natural kidneys that filter out pollutants before they enter our waterways. We’ve donated one kidney to developers. We cannot afford to donate the other one.”

Said Tania Galloni, Earthjustice managing attorney for Florida: “This is a parting gift to developers from the outgoing administration in Washington in coordination with the sitting administration in Florida. The fact is that Florida’s proposed program to take over wetlands permitting doesn’t comply with federal environmental laws. It’s about destroying wetlands faster and cheaper at a time when we need more protection, not less.  We’re considering our options.”

previousSunburn — The morning read of what’s hot in Florida politics — 12.18.20