Moderna seeks to be 1st with COVID shots for littlest kids

U.S. experts discuss COVID boosters for the fall and beyond 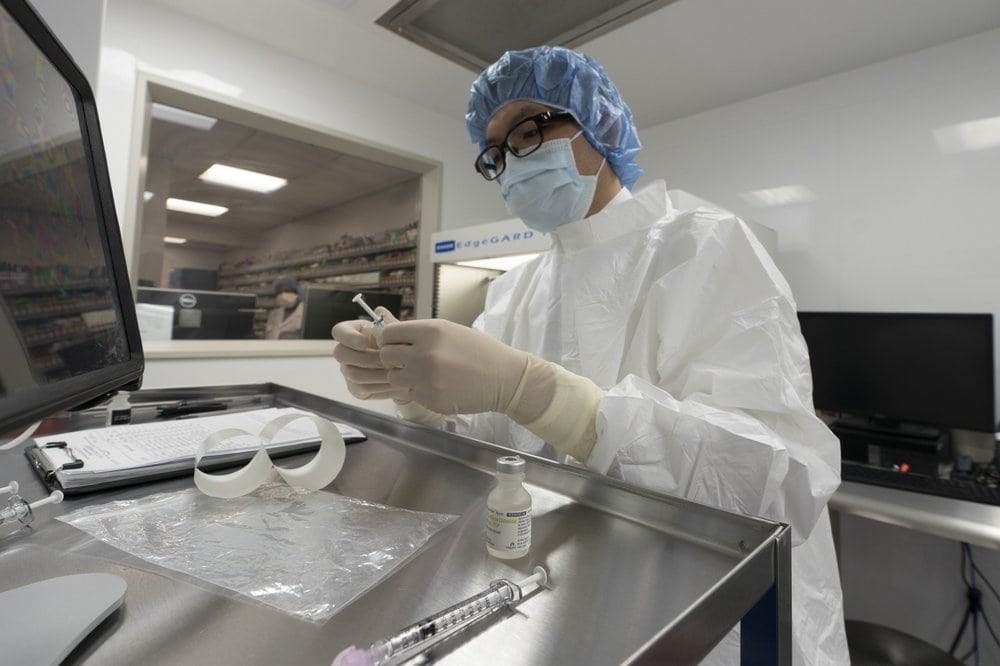 Workers on Sunday began packaging shipments of the second COVID-19 vaccine authorized in the U.S., a desperately needed boost to efforts to bring the coronavirus pandemic under control.

Employees at a factory in the Memphis area were boxing up the vaccine developed by Moderna Inc. and the National Institutes of Health. The much-needed shots are expected to be given starting Monday, just three days after the Food and Drug Administration authorized their emergency rollout.

Later Sunday, an expert committee will debate who should be next in line for early doses of the Moderna vaccine and a similar one from Pfizer Inc. and Germany’s BioNTech. Pfizer’s shots were first shipped out a week ago and started being used the next day, kicking off the nation’s biggest vaccination drive.

Public health experts say the shots — and others in the pipeline — are the only way to stop a virus that has been spreading wildly. Nationwide, more than 219,000 people per day on average test positive for the virus, which has killed more than 314,000 in the U.S. and nearly 1.7 million worldwide.

The Pfizer and Moderna shots shipped so far and going out over the next few weeks are nearly all going to health care workers and residents of long-term care homes, based on the advice of the Advisory Committee on Immunization Practices.

That panel meets Sunday to debate who should get the doses available after those early shots are given.

There won’t be enough shots for the general population until spring, so doses will be rationed at least for the next several months.

The panel members are leaning toward putting “essential workers” next in line, because people like bus drivers, grocery store clerks and others are the ones getting infected most often. But other experts say people 65 and older should be next, along with people with certain medical conditions, because those are the Americans who are dying at the highest rates.

The expert panel’s advice is almost always endorsed by the U.S. Centers for Disease Control and Prevention. No matter what the CDC says, there will be differences from state to state, because their health departments have different ideas about who should be closer to the front of the line.

Both the new Moderna vaccine and the Pfizer-BioNTech shot require two doses several weeks apart. The second dose must be from the same company as the first. Both vaccines appeared safe and strongly protective in large, still unfinished studies.