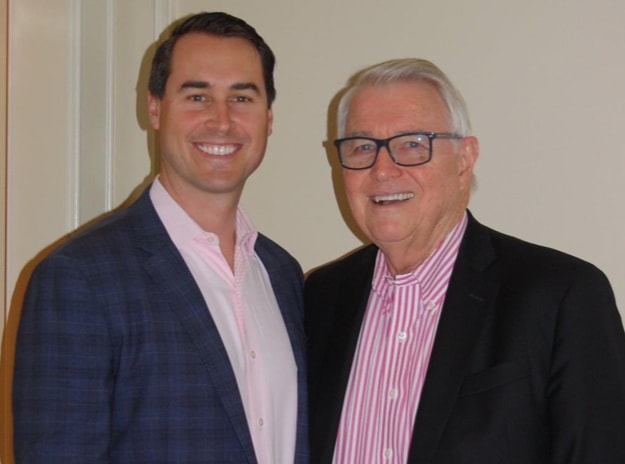 Winter Park lawyer David B. King, one of the key defenders of the 2010 Fair Districts Amendments approved by Florida’s voters in an effort to reduce gerrymandering, died Friday, his son Chris King said Saturday.

“With a heavy heart, the King family is saddened to share that yesterday afternoon my father David King went to be with his Creator after a short battle with cancer,” Chris King stated in social media posts. “Our pain is immense. My father was the best man at my wedding; indeed, he was the best man I knew. He was a legal giant who spent 50 years fighting for justice in Florida, most notably as the lead attorney for Fair Districts in the successful legal challenge against partisan gerrymandering.”

David and Marilyn King were married for 56 years in what Chris King said was “a love story for the ages.”

David King was a founder and partner in the Orlando law firm of King, Blackwell, Zehnder & Wermuth. With a 1965 law degree from Vanderbilt University School of Law, King devoted a significant portion of his practice to complex commercial litigation, legal malpractice defense, and personal injury and wrongful death cases, in both state and federal courts.

In 1994, he was the inaugural recipient of the Orange County Bar Association’s highest award: the William E. Trickel, Jr. Professionalism Award. In 1998, he was inducted as a Fellow into the America College of Trial Lawyers, the premier professional trial lawyer organization in America. He is a former president of the Orange County Bar Association.

On Facebook, Orlando trial lawyer John Morgan called him a “legal legend,” writing, “David was the lawyer you called when everything you had was on the line.”

Former Orange County Mayor Linda Chapin, a longtime friend, said King was inspired as “a man of faith and a member of a community.”

“Professionally, David was a mentor to a generation of younger lawyers,” Chapin said. “But his professional and civic accomplishments will never overshadow his personal qualities. As a husband and father, he was a model to all who knew him. As a friend, he was caring and concerned. As a member of a community, he valued what was right and what was fair. He and Marilyn always led, not by preaching but by the power of example in their life together.”

David King worked with the League of Women Voters of Florida and other groups to defend Amendments 5 and 6 from the 2010 ballot. The Fair Districts Amendments changed how Florida draws up legislative and congressional districts. He spent succeeding years defending the amendments in court, including efforts to overturn the Legislature’s first attempts to redraw districts under the new law.

King, who was 79, is survived by his wife Marilyn, sons Chris and Michael King, and several grandchildren. He was preceded in death by another son, David B. King, Jr.