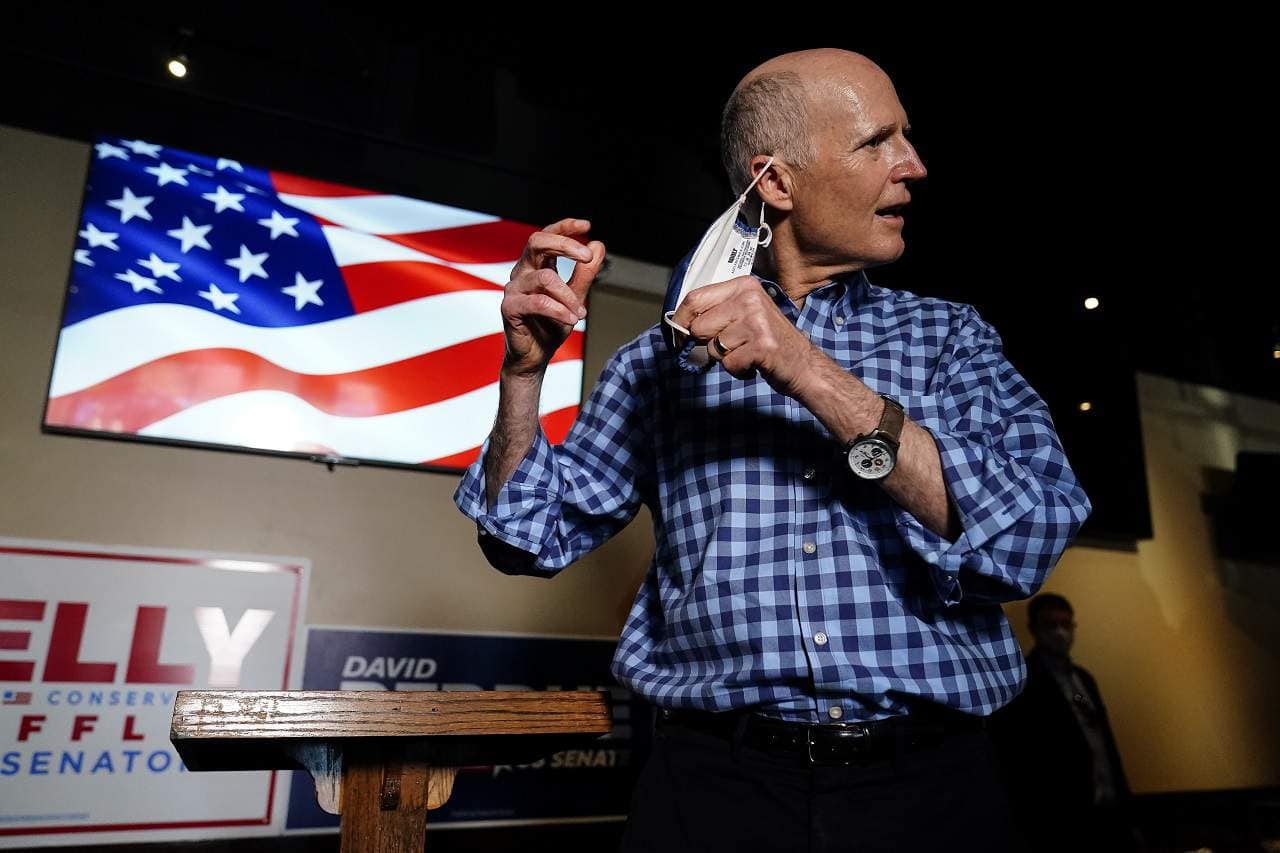 America's future hangs in the balance.

A United States Senator from Florida warns that if Georgia votes Democratic in its Senate runoff races next month, all bets are off.

Sen. Rick Scott issued a stern warning on the Fox News Channel Saturday regarding consequences of the Peach State voting his Republican colleagues, Sens. Kelly Loeffler and David Perdue, out of office in favor of Democratic challengers, Rev. Raphael Warnock and Jon Ossoff.

For America, Scott allowed, Democrats winning both the races and removing the Senate from Republican control would hurt.

“It’s going to be a tough two years,” Sen. Scott told host Jon Scott, who is of no relation to the Senator.

“Democrats are committed,” the first-term Senator and incoming head of the Republican Senatorial Leadership Committee added.

On Sunday, the Senator counterprogrammed NFL pregame shows with a tweet extending a similar dire warning.

Republicans “are organizing, raising money and putting everything we’ve got into these runoffs because the future of our country is on the line. If Dems control the Senate, they’ll try to enact every crazy policy idea they can think of,” Scott contended.

The Senator has been as engaged as any outside politician in the dual runoff in Georgia, a function of his leadership role leading the Senate campaign arm into the 2022 cycle.

Soon after the election of President-elect Biden, the Senator swung his political arm into action, running ads in Georgia promoting the Republican candidates.

The runoffs and the success of Loeffler and Perdue represents Scott’s first foray as RNSC head, and a “tough two years” would complicate the math ahead of Scott over the next two years, as well as contravene his mission statement regarding his leadership post.

“I’m here for the purpose of making sure we continue to have the country I grew up in,” Scott said in November. “That’s not going to happen if we don’t have a Republican Senate.”

Scott added that the party was going to “compete in every state.” Wins in Georgia would be a good start, if that holds true.