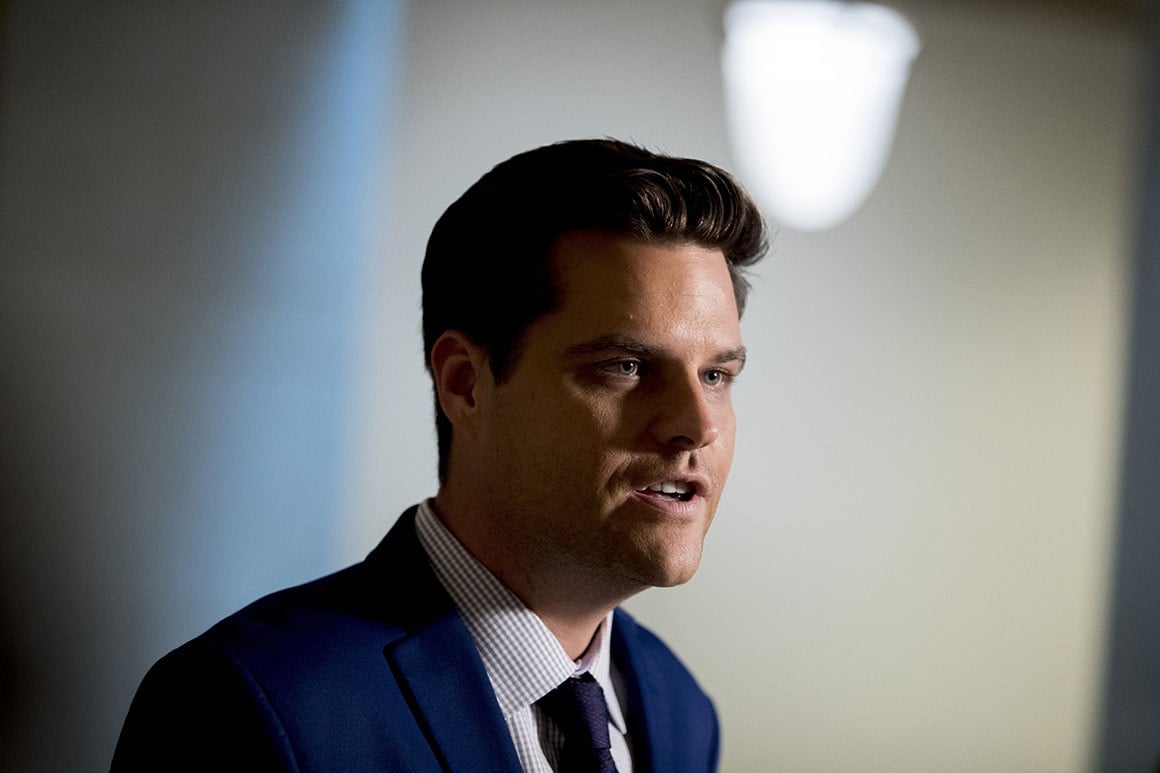 U.S. Rep. Matt Gaetz vigorously defended the Presidential veto of the National Defense Authorization Act on Wednesday, calling the measure a “slap in the face to the America First movement.”

Gaetz, a Panhandle Republican entering his third term in the House of Representatives, specifically affirmed the President’s push to strip Section 230 protections from social media companies, and cited objections to “unconstitutional wars.”

Trump, said Gaetz, “has done the right thing by vetoing the National Defense Authorization Act (NDAA). This bill, which I opposed on the House floor, is a slap in the face to the America First movement.”

“It greatly limits the President’s ability to remove troops from foreign lands, and to draw down endless, unconstitutional wars. Additionally, it does nothing to reform Section 230 of the Communications Decency Act. Section 230 is a gift to tech companies, placing them above the law; furthermore, our adversaries have begun to use its expansive protections to undermine America’s national security,” Gaetz added.

“When the House convenes on December 28th to attempt to override the President’s veto, I will be voting against their efforts. I am glad that President Trump is taking a principled stand against this unprincipled legislation,” Gaetz asserted.

President Trump, in a memo justifying the veto, said the act “fails to include critical national security measures, includes provisions that fail to respect our veterans and our military’s history, and contradicts efforts by my Administration to put America first in our national security and foreign policy actions.”

“It is a ‘gift’ to China and Russia,” Trump asserted.

The veto comes despite vociferous backing of the bill by key Senate Republicans, such as Majority Leader Mitch McConnell, a Kentucky Republican, and Sen. John Thune of South Dakota, the second ranking member of the Senate caucus.

Other members of the Florida delegation take a different tack than Gaetz, meanwhile.

“I struggle to make sense of why the Commander-in-Chief, in his final days in office, has taken this step, which does not support our national defense or our troops, during the holidays no less. It sends a dangerous message to our adversaries as our nation prepares for a presidential transition and grapples with the unprecedented Russian cyberattack on our government and our businesses. Congress must step up and override this veto — for our troops, for our values, for our security, and for the people,” asserted Rep. Charlie Crist Wednesday afternoon.

previousJoe Henderson: Thank you, Governor, for the early Christmas present