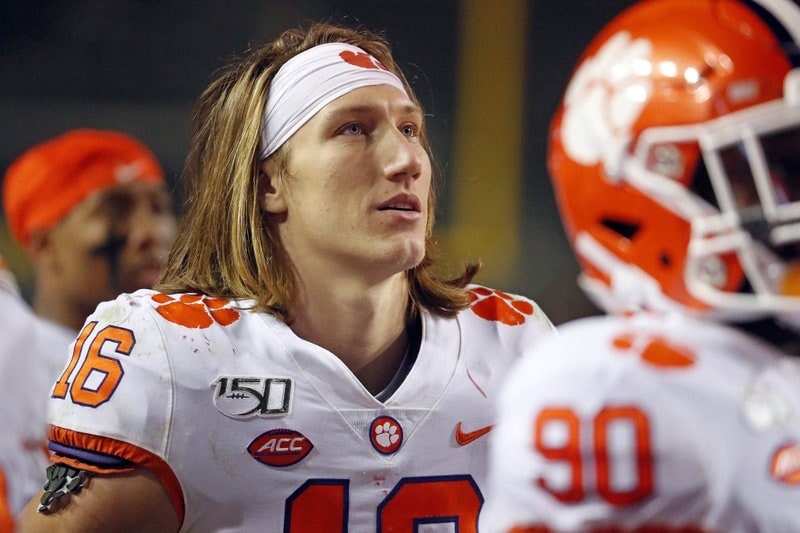 The Trevor Lawrence romance may be the shot that sustains Lot J.

The Jacksonville Jaguars lost their fourteenth straight game Sunday, and a city celebrated.

The team got the No. 1 pick in the NFL Draft next month, and all signs point to a selection of QB Trevor Lawrence, the Clemson signal caller.

For the Jaguars, a team whose best quarterbacking came in the 20th century from Mark Brunell, the chance to have a franchise quarterback has led to a real exuberance.

The question, now that the future is Trevor Lawrence, is what does that mean for the Lot J deal.

The proposed entertainment zone at the Sports Complex, a joint proposal of the Jaguars and the Mayor’s Office, would come with a hefty city obligation. The city would put in $233 million on the project, including $50 million on a Live! Entertainment Venue, nearly $93 million on infrastructure, and a $65 million interest-free “breadbox” loan to the Jaguars.

Yet advocates say the price is worth it.

“The team has said since they’ve been here that this is a small market and they have to be economically viable and we as outsiders can debate what that means,” Jacksonville Mayor Lenny Curry said in a radio interview on 1010 XL.

“A city cannot continue to pound on an organization and treat them like crap,” Curry said, “like some of our media does.”

“If you’re in a marriage, and the person is always pounding on you, destroying you, putting you down, and calling you personal names, it wears on you,” the Mayor added, stressing again the nature of the Jaguars being a small market team dealing with “nasty nonsense.”

Curry went on to note that the team had been bad for some years, citing a game he attended during the era of previous owner Wayne Weaver that saw the product on the field draw no crowd reaction.

The team’s dismal record in 2020 notwithstanding, hope springs anew for the Mayor, the team, and its allies on the 10-person Jacksonville City Council, with business-wing Democrat Reggie Gaffney calling for a press conference with other legislators Wednesday, presumably to say the deal is moving toward swift ratification early in January.

Even before the Lawrence-to-Jacksonville franchise boost, the deal was moving there anyway, if the bullish sentiments of a pre-Christmas meeting were any indication.

“We’re getting to a good place here,” noted second-term Republican Aaron Bowman. “I think on the 7th we’re in position to move the bill.”

But with some visible opposition.

In a letter dated Dec. 17 to National Football League Commissioner Roger Goodell, Jacksonville NAACP President Isaiah Rumlin urged Goodell to “act swiftly to … rectify an injustice presently underway in our community” and “immediately withdraw the support of the NFL, and the Jacksonville Jaguars, from the current Lot J redevelopment deal.”

Even if Goodell had the power to make that happen, it’s an unlikely stance for a commissioner all too aware of the team’s concerns about financial viability in Jacksonville.

With Jaguars President Mark Lamping calling the franchise a “free agent team,” it’s clear that this deal, along with a stadium upgrade eyed for after the next round of city elections in 2023, is on track to pass.

And to that end, Trevor Lawrence will help close the deal, the latest in a series of silver bullets for Jacksonville, where football or enterprises revolving around it have always, since at least Colts Fever, had real resonance.

In this case, Lawrence will give Jacksonville a unique value add. But whether it is, as many hope, that of a Peyton Manning or Patrick Mahomes remains to be seen.

Jacksonville’s tortured football history has seen first-rounders at quarterback who washed out: Byron Leftwich, Blaine Gabbert, Blake Bortles. They were reach picks, however, and Lawrence is not.

But the first-round NFL ready quarterback does not always turn it around for a team, not instantly. Consider that Tua needs a relief pitcher, that Carson Wentz was benched, that Joe Burrow is rehabbing with an eye toward hopefully 2021. Lots of cautionary tales.

But for Jacksonville, the Trevor Lawrence romance may be the shot that sustains Lot J in a way, say, Sacksonville did not.

And the question is existential. In what is a Win Now league, the Jacksonville Jaguars have become Win Never. Until their fourteenth loss flipped the script.