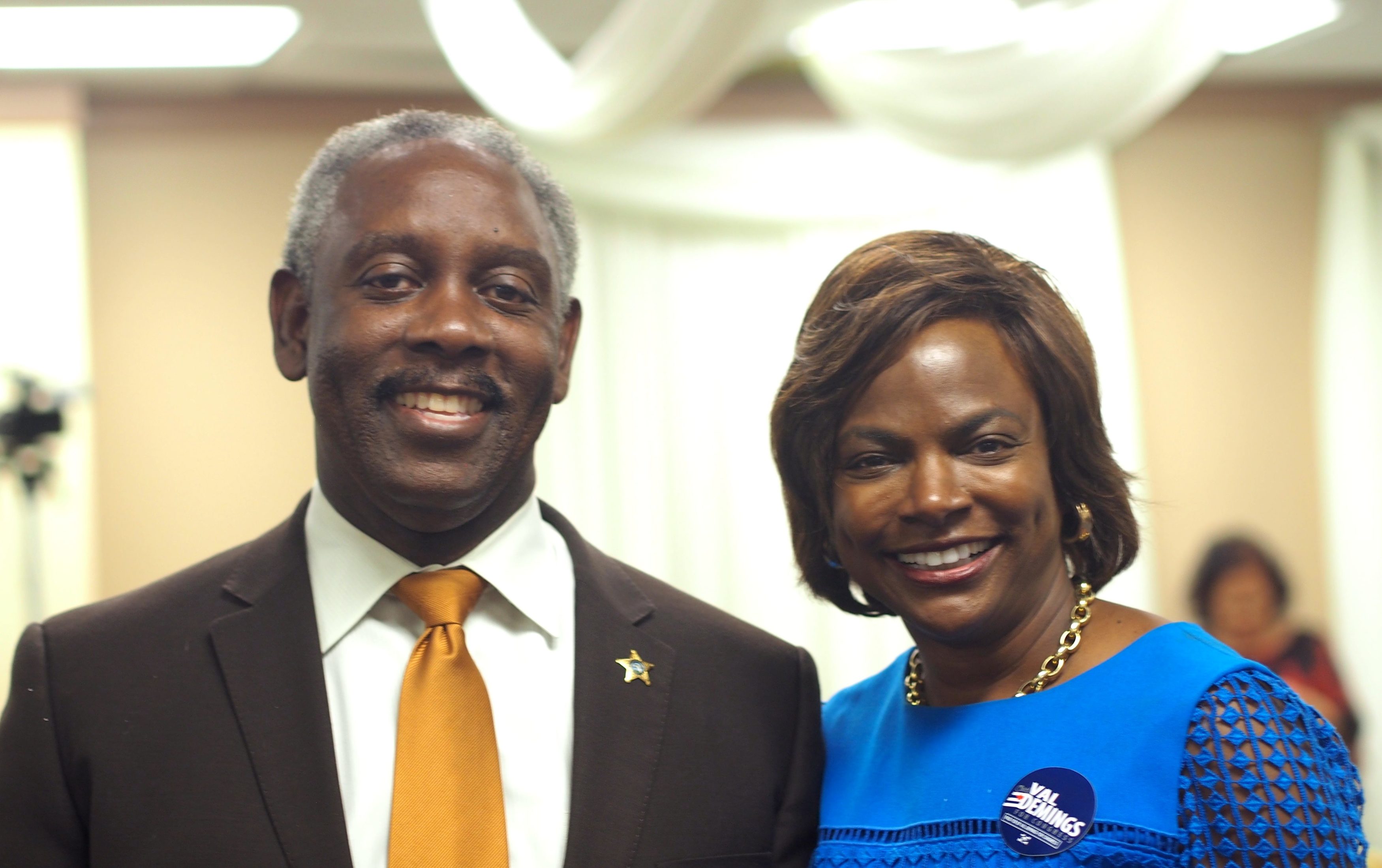 In boom-and-bust Central Florida, experience may be the key.

Central Florida has long been a region of great expectations and deep concerns, with an economy that can boom and bust.

The coming year will show if leadership has the ability to overcome a frightening bust, brought about by the dual crises of the coronavirus pandemic, health and economic concerns.

Assuming that 2021 is the Year of Recovery from the coronavirus crisis, that recovery is going to require a longer, slower, steeper climb in Central Florida than in most places, due to its heavy reliance on the tourism economy. The region has no shortage of experience —  many were around for the last bust, the Great Recession that began in 2008, and for the most recent boom, which ended last winter.

Whether the region’s political leadership is in position to address that or other commanding issues, here are some of the most intriguing political figures to watch across Central Florida in 2021:

The Orlando Democratic Representative had as high a profile second term in Congress as anyone. She’s a former police chief. She has a background seemingly taken from a Hollywood script. And she possesses preacher-like oratory skills. With those, Demings turned out to be the right person in the right places, at the right times for the Donald Trump investigations, the impeachment proceedings, the Black Lives Matter movement, and Democratic vice presidential speculation. In the end, however, all of that got her almost nowhere. Now, it’ll be up to Demings to make herself important in a term with no Trump to pursue, and with Kamala Harris cast in many of the roles, both officially and symbolically, that Demings might have filled.

The Lakeland Senator traded up her highly effective role in the last term as chair of the Education Appropriations Subcommittee for the chair of the Senate’s most powerful panel, the Appropriations Committee. Yet she did it at a time when budgeting is going to be both challenging and critical to everything the Legislature considers this year, with revenue projections plunging by billions of dollars, and the state’s needs rising just as fast. She’ll also be an alternating chair of the Joint Legislative Budget Commission, and take seats on the Rules and Banking and Insurance Committee.

The second-term Democratic Senator from Ocoee always has been a civic powerhouse in western Orange County, running as many food drives, unemployment assistance efforts, and community programs as anyone anywhere. What he has lacked, outside of some criminal justice reform measures, is deep Legislative impact. The 2021 Legislative Session provides him an opportunity to change that. Bracy will be vice chair of the select Committee on Pandemic Preparedness and Response, an area in which he’s been extremely active in 2020. He’s also got seats on the Appropriations and Rules committees, and on the Appropriations Subcommittee for Criminal and Civil Justice.

The Democratic Representative from Orlando brought unapologetic progressive values and unabashed ambition into her first term. With that combination, you’d think Republicans would at least imagine burning her in effigy. But, much like her Orlando compadre Rep. Carlos Guillermo Smith, Eskamani does her homework, and she’s so charismatic that even many of her political opposites like working with her. In her second term the question becomes whether can she start using those powers to play more than just effective defense on legislation, after sponsoring a cornucopia of well-thought-out yet mostly futile bills in her first term.

The freshman Democrat from Orlando has a twofer of attributes that many new House members don’t: plenty of experience (as staff) in the Legislature, and an iron-clad safe district, provided he doesn’t screw up. Considering his background, there’s no reason to expect he’ll screw up. Still, west-side Orlando politics can be like a piranha, with thousands of teeth out there. The question is whether he can manage the many demands he’ll field to fashion and pursue an agenda to bring the help the economically-challenged district needs, while also providing Democrats with a new energy.

The veteran Republican House member from Lake Mary has never encountered as brutal a campaign as he survived in 2020. It forced the social conservative with a record of bipartisan cooperation further to the right rhetorically, yet he still won convincingly in a district that was supposed to be trending toward the political middle. Now Plakon vows that his experience and relationships with leadership are the best chances much of Central Florida has to score in the 2021 Legislative Session. He’s got key seats on the powerful Appropriations, Joint Legislative Budget and Judicial committees. So Plakon has both more responsibility, and opportunity.

The Representative from Orlando is more than just a survivor, as a Republican who wins easily in a purple district in a blue county. Plasencia has learned to appeal to both a broad spectrum of politics with a legislative agenda that embraces ideas over ideology, and a strong community presence. Now, like Plakon, he’ll have to find ways to ride his experience and gravitas with leadership to high profile success. Plasencia has seats on the Appropriations and Commerce committees, and he’ll chair the higher education appropriations subcommittee, which is about as powerful as it gets in this session for any Central Florida House members.

After two terms of being a respectable but largely harmless minority member in the Florida House, Mercado’s taken on one of the biggest tasks in Central Florida: restoring faith and confidence in the Orange County Property Appraiser’s Office. Her predecessor Rick Singh, whom she defeated in the Democratic primary, drew kudos for efficiency and effectiveness. But he also was the center of numerous scandals and drew constant, harsh outrage from some of the county’s biggest businesses. Mercado has said her first objective was to reduce the heat. In her first few weeks she’s done that. Now she’ll have to maintain Singh’s levels of efficiency while winning back community trust.

In Orange County Mayor Deming’s first year in office, 2019, the county’s economic growth and ambitions seemed headed toward the promised land, and he was leading the journey. In 2020 the sojourn felt more like a trip into the valley of death. Yet there he was, offering the community reassurance, direction, condolences and confidence all while projecting an image of strength, while hosting press conferences twice or more each week for ten long months. In 2021 Demings will have to reimagine those 2019 dreams, and be more of a manager, as he was when he was Sheriff. What of his transportation plan can be salvaged? How will his affordable housing initiatives fit in an economy that needs them more yet can afford them less? Dare he restart the controversial convention center expansion or the Kirkman Road deal with Universal Orlando?

Orlando’s tourism economy is arguably the worst of all possible bases for a post-pandemic come back. It’s going to take experience, well-established connections at all levels of the community, trust, perseverance, resources, and teamwork. It’s going to take a uniter. That’s all in Dyer’s playbook, going into his 18th year as Orlando Mayor. He’s been through the Great Recession and back. He carried the city through the Pulse massacre and back. Now with unemployment high, chronic problems like homelessness and a housing shortage more acute, and the economy spooked, Dyer has to do it all again.