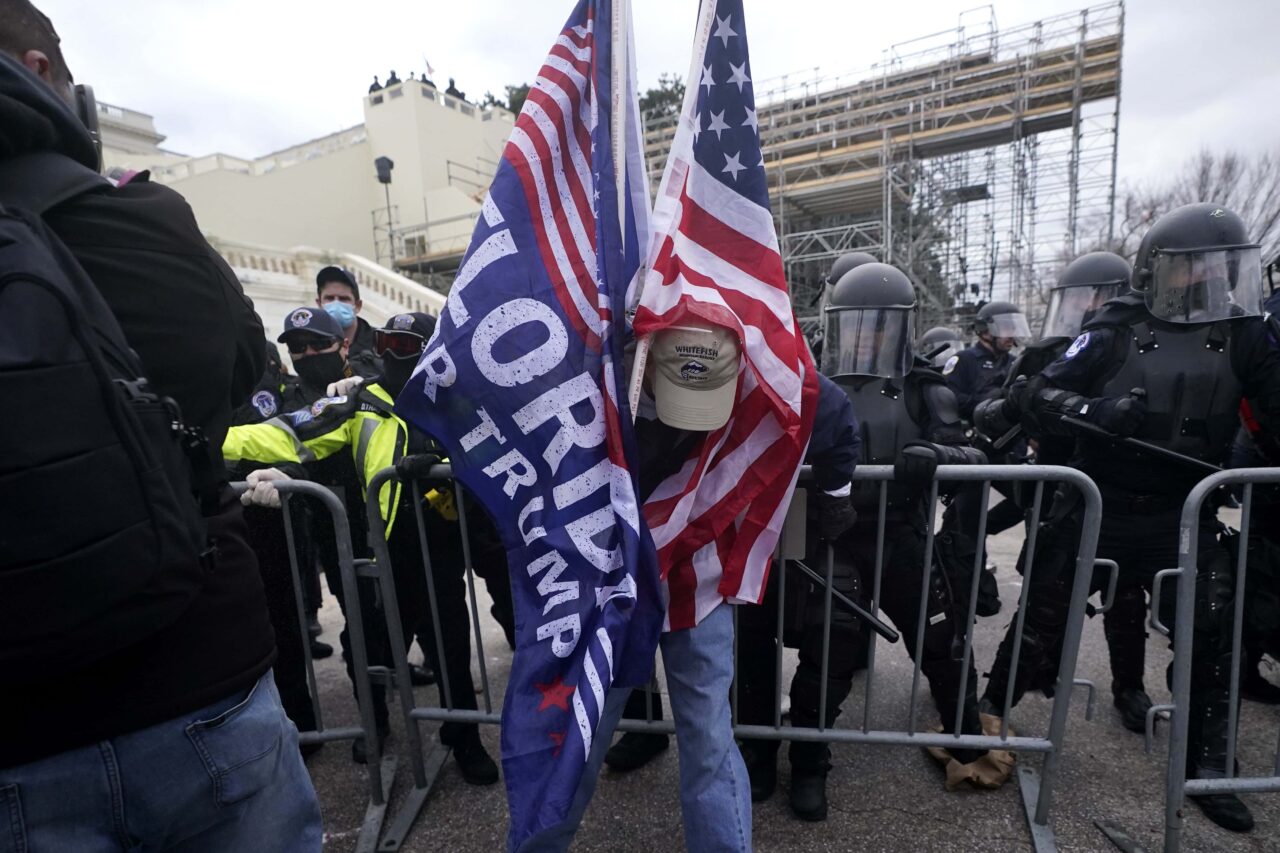 The proposals come the same day a mob seized the U.S. Capitol.

The Senate bill, SB 484, would allow a person to appeal to the Administration Commission when a local government votes to reduce a police budget. That appeal would set a process in motion, ending with the commission moving to approve, modify or amend the local budget decision at a hearing.

The provision is the latest GOP counter-punch against civil unrest.

“We are a nation of law and order, not violence, destruction and unrest,” Burgess said. “We respect the right to peacefully protest, but the shameful conduct we witnessed at the United States Capitol today and episodes of violent civil unrest that we have witnessed over the last several months have no place in our democracy. This legislation makes it clear that here in Florida criminals who seek to thwart peaceful protests by willfully inciting violence, attacking law enforcement and destroying public or private property will be held accountable.”

SB 484 seeks to increase penalties for certain crimes committed during an unlawful assembly. The measure, for example, calls for enhanced penalties against those accused of battery, assault or inciting a riot. It further stipulates that a person arrested for unlawful assembly must be held in custody until their first appearance.

The bill, named Combating Public Disorder, also looks to create a cause of action avenue against local governments. If signed into law, the measure would permit legal action against a local government that obstructs “reasonable law enforcement protection” during an unlawful gathering.

The bill was abruptly pulled offline late Wednesday because of a technical issue but later posted again unchanged.

“What I witnessed today in Washington was disgusting, and I repudiate the violence and destruction that took place there,” the Miami-Dade lawmaker said. “Today I filed legislation in the Florida House to make sure it doesn’t happen here in Florida. It is never acceptable for a civil society to behave in this way, and this bill will ensure that it is unwelcome in Florida. It does not matter if you are Republican or Democrat, we are a society of laws, and all must follow the law.”

Media reports and images suggest law enforcement officers were overwhelmed by the ambush. Lawmakers were given gas masks and forced to evacuate the House Floor, CNN reported.

One person was killed during the pro-President Donald Trump demonstration.

The proposal also comes after a series of nationwide police-reform protests and riots throughout 2020.

Gov. Ron DeSantis, in response to the civil rights demonstrations, unveiled a vision for legislation that, among other things, would deny state grants to local governments that slash law enforcement budgets.

DeSantis trumpeted the legislation ahead of the 2020 presidential election as both parties looked to leverage “law and order” and police reform on voters.

“While as Americans we all have a right to peacefully assemble, violence or rioting of any kind is not acceptable and will not be tolerated in the state of Florida,” DeSantis said. “In 2020, I proposed legislation to stop violent assemblies, combat rioting and protect law enforcement. In light of today’s events at our United States Capitol, we have no time to waste to uphold public safety. I look forward to working with House Speaker Sprowls and Senate President Simpson to swiftly pass this bill during the upcoming Legislative Session so that we may protect the rule of law in our great state.”

previousBarack Obama says violence at Capitol a moment of shame