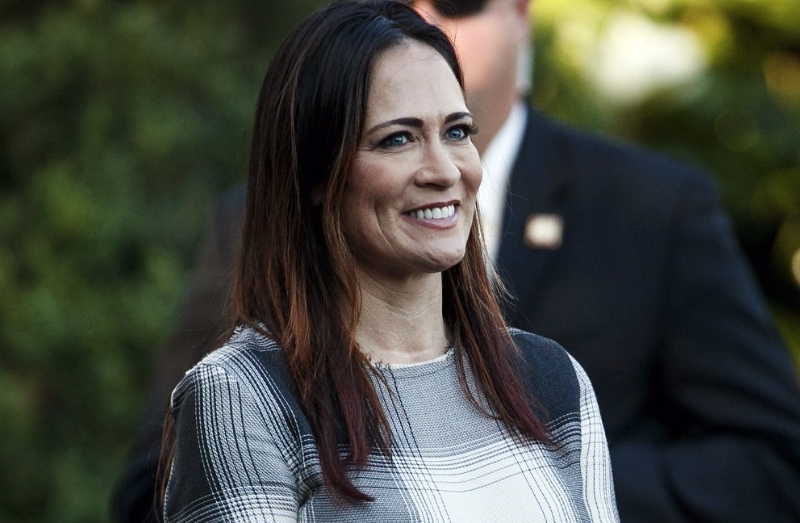 Grisham is one of the few campaign officials still at the White House and is someone the President trusts.

CNN cited an unnamed White House official that she was leaving immediately in the wake of the riotous siege of the U.S. Capitol Wednesday by supporters of President Donald Trump‘s false claims that election fraud led to Democrat Joe Biden‘s election.

MSNBC reported Wednesday night that it had confirmed Grisham submitted her resignation Wednesday afternoon due to the violence on Capitol Hill.

She declined a CNN request for comment and the First Lady’s office did not immediately respond to a CNN inquiry.

Grisham has served as White House communications director and press secretary and chief of staff to the First Lady.

Before joining Trump’s campaign in 2015, Grisham, an Arizona native, worked in Republican politics in her home state as a spokeswoman and communications adviser for elected officials facing scandals.

She was the press aide to the then-Speaker of the Arizona House, David Gowan, when he set off a contentious fight with journalists over access to the House chamber in 2016. Gowan abruptly shifted a decades-old policy and barred reporters from the House floor unless they submitted to extensive criminal and civil background checks. He reversed course after an outcry from journalists, the public and other lawmakers.

Grisham also handled press for then-Attorney General Tom Horne when a former staffer alleged that Horne and his senior aides, including Grisham, essentially ran his 2014 reelection campaign out of his official office paid by taxpayers.

Horne’s campaign agreed in 2014 to pay a $10,000 fine. Independent investigators found in 2017 that Grisham and other aides broke the law but recommended no criminal charges.