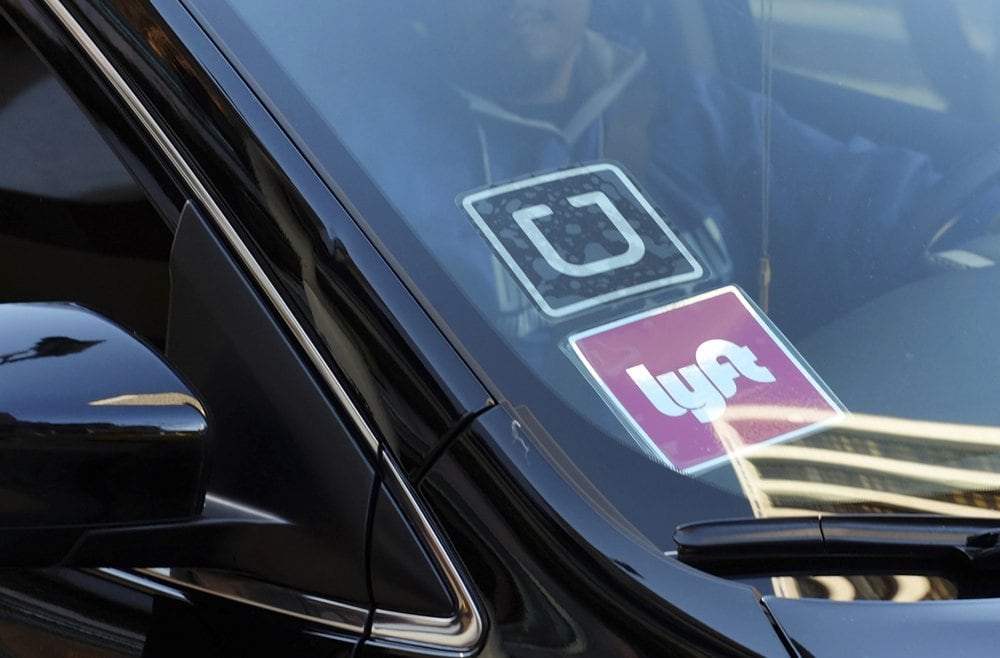 Drivers for app-based ride-hailing and delivery services filed a lawsuit Tuesday to overturn a California ballot initiative that makes them independent contractors instead of employees eligible for benefits and job protections.

The lawsuit filed with the California Supreme Court said Proposition 22 is unconstitutional because it limits the power of the Legislature to grant workers the right to organize and excludes drivers from being eligible for workers’ compensation.

The measure, which was passed in November with 58% support, was the most expensive in state history with Uber, Lyft and other services pouring $200 million in support of it. Labor unions, who joined drivers in the lawsuit, spent about $20 million to challenge it.

“Prop. 22 doesn’t just fail our state rideshare drivers, it fails the basic test of following our state constitution,” said Bob Schoonover of the Service Employees International Union. “The law as written by Uber and Lyft denies drivers rights under the law in California and makes it nearly impossible for lawmakers to fix these problems.”

Drivers bringing the lawsuit have several hurdles to clear, but their arguments are compelling, said Mary-Beth Moylan, associate dean of McGeorge Law School in Sacramento.

The first challenge is getting the California Supreme Court to take the case instead of kicking it to lower courts to weigh the facts, which could delay the case for years. To do so, the high court would have to find the arguments are legal, not factual, and there is urgency to decide the issue, Moylan said.

The second challenge is that courts have generally granted broad deference to voters to pass such initiatives.

“Generally speaking, courts in California don’t like to overturn the will of the people,” Moylan said. “But the petitioners’ claim is that the people did not really have the power to do what they did. There are instances where the California courts have come in and said … it’s nice that this is what the people wanted to do, but our constitution doesn’t permit the people to do this.”

The lawsuit is the latest round in the high-stakes fight between labor and the titans of the gig economy, all based in San Francisco.

Proposition 22 was written by Uber and Lyft and supported by DoorDash, Postmates and Instacart to challenge the landmark labor law AB5 passed by Democrats in 2019. The law expanded a California Supreme Court ruling that limited businesses from classifying certain workers as independent contractors.

The measure granted the delivery services an exemption from the law that would have required providing drivers with protections like minimum wage, overtime, health insurance and reimbursement for expenses.

Under the measure, drivers remain independent contractors exempt from mandates such as sick leave and workers’ comp but would receive “alternative benefits,” including a guaranteed minimum wage and subsidies for health insurance if they average 25 hours of work a week.

Uber and Lyft did not comment hours after being contacted, but a group that supported the ballot initiative issued a statement criticizing the lawsuit as an effort to overturn the vote.

“Voters across the political spectrum spoke loud and clear, passing Prop. 22 in a landslide,” Jim Pyatt, an Uber driver in Modesto, said in the statement. “Meritless lawsuits that seek to undermine the clear democratic will of the people do not stand up to scrutiny in the courts.”

The lawsuit claims the measure interferes with state lawmakers’ authority to establish and enforce a workers’ comp system, which would require a constitutional amendment.

“They’re making this argument that this should have been a constitutional amendment, not a statutory amendment,” Moylan said. “I think that argument probably has some legs.”

She said the outcome of that could turn on whether the statute actually changed the workers’ comp provisions or did something less.

Another claim in the lawsuit alleges the measure violates a rule limiting ballot measures to a single subject. Moylan said courts have generally interpreted that broadly and have not found violations based on that claim.

“I think it’s an intellectually meritorious argument,” she said. “I don’t think it’s a winner.”

previousU.S. COVID-19 deaths hit another one-day high at over 4,300

nextAirbnb to block, cancel reservations ahead of inauguration