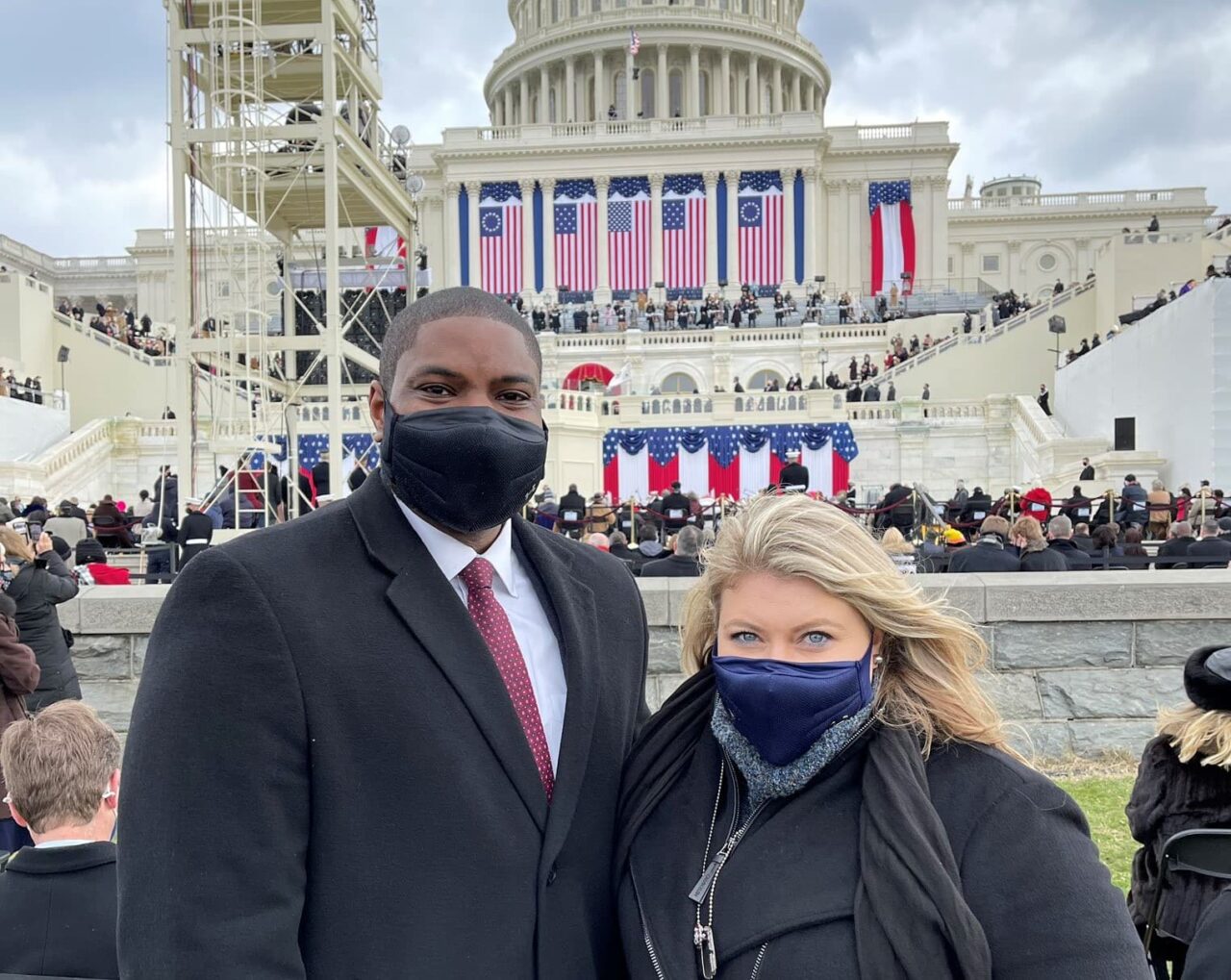 Rick Scott, Carlos Gimenez and Byron Donalds all will be there.

“I will be attending the inauguration of President-elect Biden and Vice President-elect [Kamala] Harris today,” Scott, a Naples Republican, tweeted. “This ceremony is an important tradition that demonstrates the peaceful transfer of power to our people and to the world.”

“The peaceful transition of power from one legitimate administration to another is to be celebrated and is a hallmark of American democracy,” Gimenez said. “It will be an honor to attend.”

Rep. Donalds, a Naples Republican, released a statement sharing his own plans to attend.

“Inauguration Day is a historic moment for our country and a time when all of us unite around our shared identity as Americans,” he said. “Throughout our treasured history, we have witnessed the peaceful transition of power as President George Washington envisioned. I feel that attendance at this historical event truly honors our great Republic.”

Rep. Cammack, a Gainesville Republican, also said she will attend, while stressing her support of President Donald Trump as he leaves office.

“In our Constitutional Republic, Inauguration Day is a celebration of our sacred values and principles as a country, chief among them the peaceful transfer of power from one executive to the next,” she said.

“As a U.S. Representative who has sworn an oath to upholding and defending our U.S. Constitution, I am proud to attend on behalf of the constituents of Florida’s 3rd Congressional District. I look forward to joining my colleagues for today’s events, whether they are in-person or virtual, as we usher in the next President and Vice President of our great nation. I join them in the hopes that we may work with the new Biden-Harris administration in a bipartisan fashion to accomplish our shared policy objectives in the coming years. I am grateful for the work, accomplishments and service of the Trump administration over the last four years and wish President Trump and his family the best in this new chapter.”

And Rep. Mast, a Stuart Republican, said afterward that he attended. Mast was critical of the limits on crowds while also forward-looking in his remarks.

“I attended the inauguration of President Joe Biden with the backdrop of a dystopian-like Washington, D.C. where military outnumbered civilians by an unthinkable magnitude. We must be better than this as a nation—building our country up through a debate of words and ideas rather than tearing it down with violence.

“I did not vote for President Biden, but I am committed to working with him when we can find areas of agreement, especially on the issues that are most important to me personally: fixing Florida’s water issues and serving our veterans. President Donald Trump secured a historic increase in funding for Everglades restoration, and I will hold President Biden accountable to building on this legacy. Likewise, when I disagree with President Biden, I will say so—loudly. His embrace of socialist policies and efforts to appease the radical left, if followed through on, would lead our country down a disastrous path. “Despite the divisions that exist in our nation right now, I do believe there is still more that unites us than divides us, and there is certainly no country I would rather call home.”

Notably, all five Republicans cast votes against certifying electors in at least one state Biden won over President Trump on his way to winning the office of President.

But each stressed the importance of Inauguration Day as a chance to move forward as a nation. The gestures come as Trump leaves Washington as the first President to snub his successor’s inauguration in more than 150 years.

Sen. Marco Rubio, also a Republican, is in D.C. but will not attend. But the Senate Intelligence Committee chair said that’s because he will be at confirmation hearings.

“I am in D.C. but will not be attending today’s inauguration because I am working on addressing the remaining objections to an expedited Senate confirmation of President-Elect Biden’s nominee for Director of National Intelligence,” he tweeted. “It’s important we do this as soon as possible.”

Rubio separately tweeted, “May God bless Joe Biden with health, strength, and wisdom as he leads our nation at this moment of great & unprecedented challenges.”

Of course, several Democrats representing Florida plan to attend as well. Rep. Ted Deutch tweeted about his plans this morning in a lengthy thread.

“My mom, the late Jean Deutch, never got to go to college but made sure her five kids had that opportunity. She sat in the House gallery when her youngest son was sworn into Congress,” the Boca Raton Democrat recalled.

“I’ll be thinking about them and everyone just like them at President Joe Biden’s inauguration.”

Democratic Rep. Val Demings is attending with her husband, Orange County Mayor Jerry Demings. Said Rep. Demings: “Today we liberate America’s future. This inauguration is about all of us and the country we can build together. It is a triumph of democracy over violence. It is a promise that while we still have our political arguments, we can still find ways to peacefully and fairly resolve our differences.”

“Our country is entering a new era,” she tweeted. “Joe Biden and Kamala Harris are ready to lead the charge.”

Reps. Kathy Castor and Darren Soto, both Democrats, tweeted pictures of themselves at the inauguration as well.