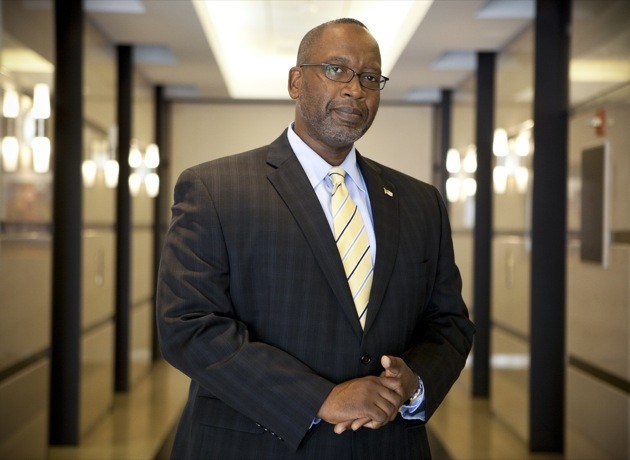 The bipartisan slate of endorsers comes just days after Welch filed for the race.

Ken Welch is already lining up endorsements for his bid for St. Petersburg Mayor. The former Pinellas County Commissioner announced 13 endorsements from current and former elected officials in the region on Wednesday, just days after he filed to run.

“I’ve worked with Ken Welch to protect our shores from expanded oil drilling, to make our neighborhoods safer, and on relief for St. Petersburg families and businesses impacted by the COVID-19 pandemic,” Crist said. “He’s a unifying leader for the people, and I’m proud to support him for Mayor of St. Petersburg.”

All but three of the endorsers are Democrats. Stewart, Kone and Dillinger are all Republicans. Welch is a Democrat.

Despite the mayoral race being nonpartisan, party affiliation and leanings on the political spectrum will be a large factor in Welch’s campaign. He faces fellow Democrats Darden Rice and Wengay Newton, a current City Council member and former Council member and state representative respectively. A USF student with no party affiliation — Michael Ingram — is also running.

So far no Republicans have entered the race, but some are rumored for a bid including City Council members Ed Montanari and Robert Blackmon.

Welch is likely to claim the progressive lane in the race, with Darden also running on her progressive track record. Newton, however, has often sided with Republicans including on school choice and toll roads during his time in the Florida House and four years ago when he backed Republican Rick Baker over Kriseman.

But Welch’s supporters also laud his ability to work for all residents, regardless of political leaning.

“As a County Commissioner representing St. Petersburg, Ken Welch focused on partnership and moving the community forward on community development, public safety, small business opportunities and justice reform. He’s a leader who brings people together — that’s the kind of leadership that our city needs,” Wheeler-Bowman said.

Welch represented South St. Pete during his time on the Pinellas County Commission, a seat he gave up to run for Mayor.

“Ken Welch is part of the foundation of our community. He understands St. Petersburg. He knows our strengths and our challenges. While Ken has lived the history of our city, he looks at his daughters and sees our future. I know Ken will work to unify us all so that our tomorrow is better than our yesterday,” Justice said.

The municipal primary is Aug. 24. The top two vote-getters will then advance to the General Election in November.

“I am humbled by the support of such strong leaders who understand our community so well. These public servants know that this campaign is about the people of St. Petersburg and all us working together to preserve and protect and improve quality of life throughout every neighborhood,” Welch said.

previousLast Call for 1.20.21 — A prime-time read of what’s going down in Florida politics